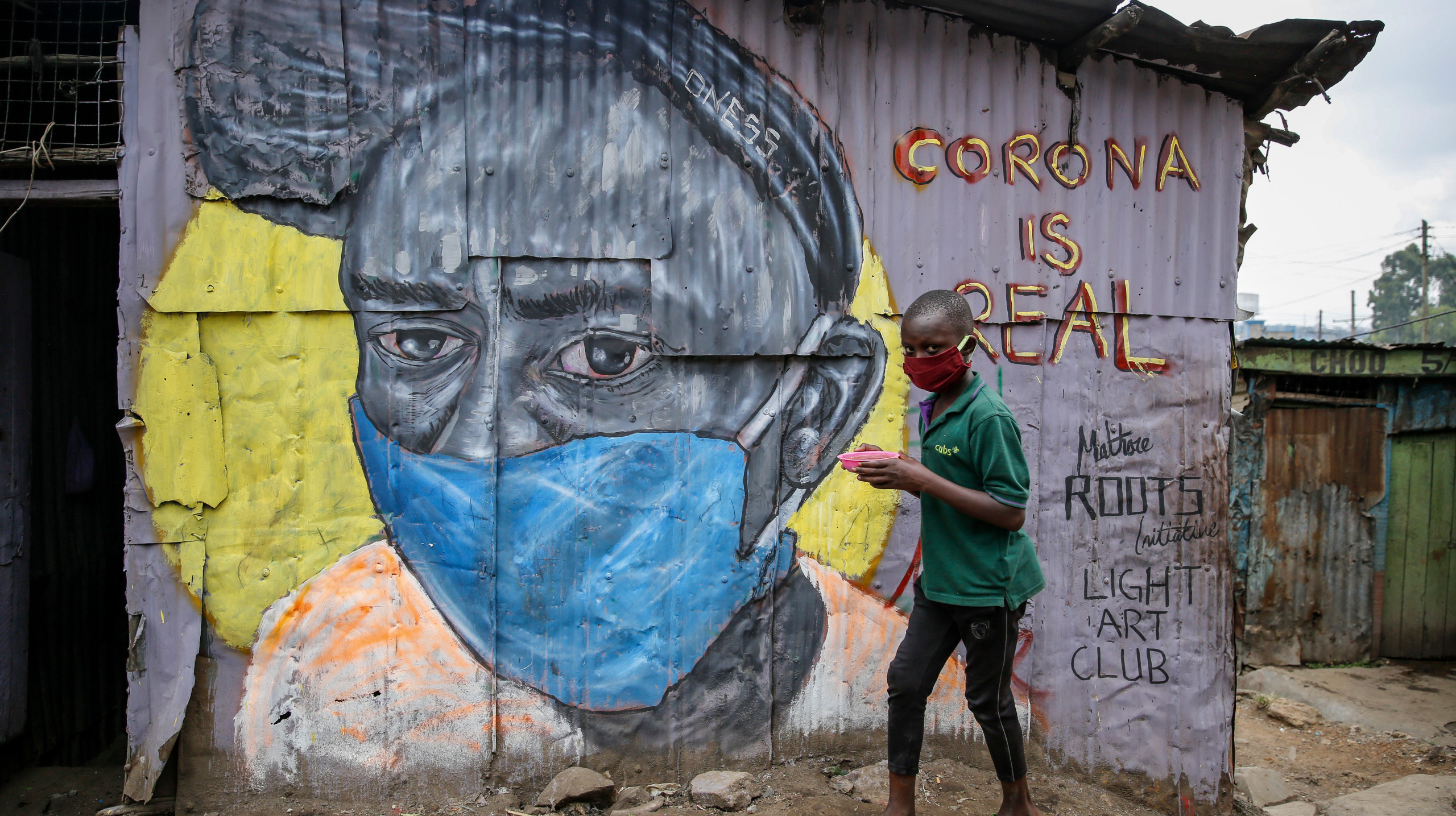 The novel coronavirus SARS-CoV-2 (COVID-19) was first detected in Wuhan, China, in December 2019. Since then, the virus has spread rapidly infecting over 2.8 million people globally. Africa’s first case of COVID-19 was reported in Egypt on 14 February 2020; it was imported from a foreign national who travelled to the country. More than two months after Cairo recorded its first case, the virus has spread across Africa affecting almost every nation on the continent; only two African countries – Comoros and Lesotho – have yet to report a case. As of 27 April, Africa reportedly had a total of 29,053 COVID-19 cases with 1331 deaths and 8364 recoveries.  The countries with the highest number of infections include South Africa (4546+), Egypt (4319+), Morocco (4047+), Algeria (3382+), Cameroon (1621+), Ghana (1550 +)  and Nigeria (1273 +). It is worth noting that this list consists of the five largest economies in Africa.

Many analysts and medical officials predicted that COVID-19 would prove to be particularly devastating for Africa. Such predictions were based on several factors including, but not limited to, poverty, poor sanitation, overcrowded urban areas, and the existence of high burden diseases, that could make Africans more susceptible to the virus. Coupled with poor health facilities and weak governance structures, Africa provides the perfect breeding ground for the pandemic. However, doomsday predictions have yet to fully manifest; Africa has been able to stave off the worst scenarios and in doing so has proven to be resilient and effective in tackling COVID-19.

African countries have drawn on a wealth of experience in dealing with diseases (such as Ebola, Tuberculosis, HIV/AIDS and Malaria) to “flatten the curve.” Many African states learnt difficult lessons from the 2014 outbreak of Ebola in West Africa. The Ebola crisis taught African nations that it was necessary to invest in more resilient health institutions and effective surveillance systems to deal with epidemics. By building on those lessons, African officials have been able to mount a strong response to COVID-19. African governments also acted quickly and set up measures to contain the spread and impact of the virus. Countries such as South Africa, Botswana, Nigeria and Uganda enforced disruptive lockdowns with the understanding that their under-resourced and understaffed healthcare systems cannot cope with a large-scale outbreak. Some states have also reduced or barred domestic and international travel, closed borders, limited public gatherings and have embarked on nationwide testing and screening initiatives. Under the leadership of President Cyril Ramaphosa, South Africa has been lauded for embracing evidence-based solutions to COVID-19. The country adopted an approach based on preparation, lockdown measures, primary prevention, and increased surveillance. The World Health Organisation (WHO) commended South Africa for employing a well-crafted strategy to slow down the transmission of COVID-19. Other African nations, such as Ghana and Kenya, have been praised for innovatively using technology. Ghana is making use of drones to deliver test samples from rural locations to urban testing facilities. In March, the Kenyan government gave Google the go-ahead to deploy its Loon project, which will make use of balloons to improve internet connection for citizens working from home due to the virus. While many African leaders have risen to the challenge of grappling with COVID-19, others, such as Cameroon’s president, Paul Biya, have demonstrated a lack of leadership. Biya has not been seen in public since 11 March when the country reported its first two cases, and he has still not spoken publicly about the pandemic despite Cameroon recording over 1000 cases. As such, citizens speculate that he may be dead.

Despite African efforts to contain and limit the spread of COVID-19, it is anticipated that the virus will have a severe economic impact on the continent. With COVID-19 driving Sub-Saharan Africa toward its first recession in 25 years, regional economic growth will be significantly impacted. The World Bank (WB) has forecasted that growth could drastically decline from 2.4% in 2019 to -5.1% (or below) in 2020. The pandemic will cost the region between $37 billion and $79 billion in output losses for 2020. While most countries in the region have been affected to varying degrees by the virus, real GDP growth is projected to decrease sharply especially in the region’s three largest economies – Nigeria, Angola, and South Africa – as a result of “persistently weak growth and investment.”

Aware of the potentially adverse economic impact of the virus, many African countries have taken decisive measures to buffer their respective economies. Several national central banks have implemented assertive monetary policy initiatives to boost liquidity in their economies, substantially increase funding available to commercial banks and facilitate debt repayment holidays. While bold, these initiatives will not be sufficient since they have limited trickle-down effects. Many consumers and small businesses (especially in informal sectors) have limited access to formal institutions and, as such, will see limited benefits of central bank initiatives. However, some governments have made emergency funds and loans available for businesses, provided extra welfare for vulnerable citizens, and lowered or suspended taxes. Yet, most African countries already had high fiscal deficits before the pandemic and have little manoeuvring room to increase spending on a sustainable basis. Therefore, such fiscal stimulus strategies will have to be funded by borrowing. Countries that are already heavily indebted such as Swaziland, Zambia and Mauritania could be driven into sovereign default.

There has also been an aggressive international response to the COVID-19 crisis in Africa.  The WHO has been assisting with early detection by providing thousands of test kits, training health workers, and supporting the surveillance in communities. Forty-four African countries can now test for COVID-19, only two could do so when COVID-19 emerged on the continent. The WHO has also advised on quarantine measures, safe workplace protocols, and the repatriation of citizens. Additionally, the organization is also coordinating regional surveillance, modelling, treatment, epidemiology, and plans to limit the transmission of the disease.

Both the International Monetary Fund (IMF) and WB announced that creditors had mobilized $57 billion to assist African countries with tackling the virus. The IMF also provided 19 African states with debt relief. By cancelling six months of debt owed to the institution, nations can divert funds to managing COVID-19.  Similarly, the G20 also agreed to suspend debt payments by a year for the world’s poorest countries, many of which are Sub Saharan-African nations. China (Africa’s largest single creditor) also opted to participate in debt relief schemes but only on a case-by-case basis. Private-sector creditors that are against blanket debt moratoriums have also emphasised a preference for restructuring debts on a case-by-case basis. Such measures make it difficult for African countries to acquire more funding to supplement the financial assistance provided by the IMF and WB.

Ultimately, African leaders and policymakers have difficult decisions to make as they assess what measures can be implemented to reduce the spread of COVID-19 and, at the same time, prove the least damaging to their respective economies. Given the diverse social and economic make-up of the continent, a one-size-fits-all approach will not be viable. Instead, country-specific action plans are needed and have to be thought out carefully. Extensive lockdown measures such as those implemented in Europe and the United States may not be economically feasible for all African states. Protecting people and saving lives from COVID-19 is vital, but action plans must consider the economic vulnerability of Africa’s poor and most vulnerable citizens. If socio-economic safety nets are not considered in tandem with response strategies, Africa’s most vulnerable populations will be severely impacted in the long term.

Christopher Edyegu
Author is teaching assistant and PhD candidate (international relations) at the University of Cape Town in South Africa. His research focuses on China-Africa relations, particularly China's efforts in facilitating the development of African manufacturing.