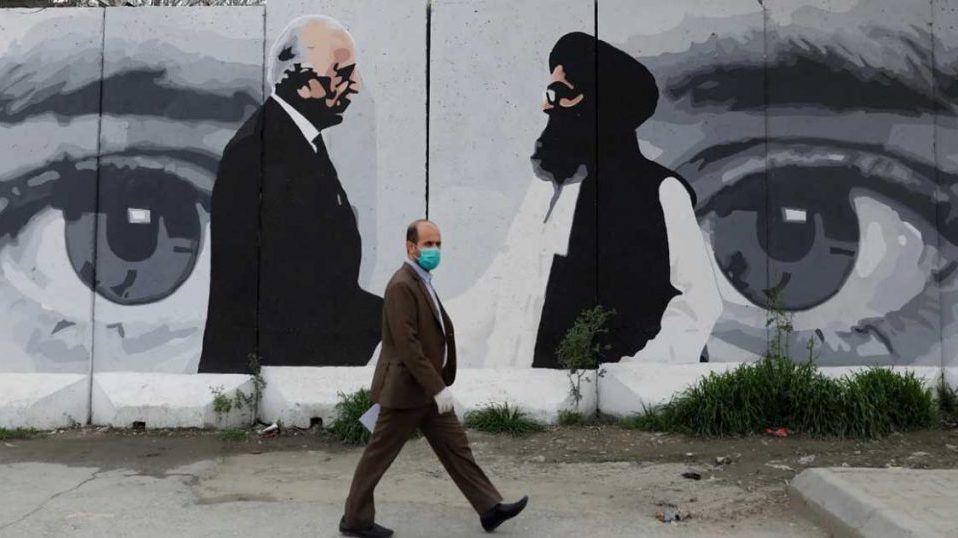 As of this writing, over three million people in 185 countries are confirmed to have been infected by COVID-19 (coronavirus), according to the Johns Hopkins University Coronavirus Resource Center. The novel pandemic has left no race, nationality, ethnicity, religion, and ideology behind, as it continues ravaging all communities without distinction. Victims include citizens of all ages, genders, and diverse socio-economic status—including world leaders and celebrities in democratic and non-democratic societies alike—across the globe.

In a nutshell, COVID-19 has proven to be the single most dangerous enemy of the whole of humanity for now. And it will continue to hit us, scientists warn, until such effective remedies as vaccines and therapeutic treatments have been developed and deployed on a global scale to stem the further spread of the deadly pandemic and to defeat it altogether. So far, COVID-19 has taken 211,216 lives across the world since the virus emerged in Wuhan, China last December. Most of these fatalities have occurred in developed and developing countries, including Italy, Spain, France, China, and Iran, while more and more lives are tragically being lost in the United States, where COVID-19 has been spreading rapidly.

Looking at the scope and scale of the emergency preparedness, containment, and mitigation measures taken by these resourceful countries to defeat COVID-19, one immediately begins worrying about a lack of resources, a severe shortage of essential commodities and services, as well as widespread human vulnerabilities in the countries of the “bottom billion.” There, state institutions remain weak, healthcare systems non-existent or dysfunctional, demographics unchecked, coping mechanisms severely eroded, and economies stagnating or in a state of gradual collapse. This grim situation is further exacerbated by protracted and often imposed conflicts, which continue to be fueled by geopolitical tensions and zero-sum inter-state rivalries in regions such as the Middle East and South Asia where state actors exploit prospect-less, impoverished youth by brainwashing them ideologically and militarily arming them to advance state-specific geostrategic goals.

These intertwined and ever-growing vulnerabilities of the least developed and war-ravaged societies remain a cause for grave global concern, as expressed in the well-timed statement by the United Nations (UN) Secretary-General Antonio Guterres on March 23, 2020, which urged warring parties across the world to lay down their weapons in support of the bigger battle against COVID19: the common enemy that is now threatening all of humankind. “The fury of the virus illustrates the folly of war,” he said. “That is why today, I am calling for an immediate global ceasefire in all corners of the world. It is time to put the armed conflict on lockdown and focus together on the true fight of our lives,” the UN Secretary-General stressed.

Indeed, no country needs an immediate and total cessation of all acts of violence and deadly conflict as Afghanistan. Even before the advent of the many and sometimes overlapping conflicts of the past four decades, Afghanistan had been the least developed country with meager resources to address our dismal socio-economic indicators and abject poverty. The following decades, including the past 19 years, have hardly been kind to the suffering people of Afghanistan. Last year alone saw the killing and maiming of over 10,000 innocent civilians across the country, while “conflict-related civilian casualties with more than 100 killed and many more injured” were recorded in the 1-25 March period, according to the UN Assistance Mission to Afghanistan (UNAMA).

On March 27, 2020, the UN Security Council “condemned in the strongest terms the heinous and cowardly terrorist attack that took place at the Dharamshala Sikh Temple in Kabul on March 25” when 25 of our innocent citizens, including children, were killed and wounded. In addition to these frequent suicide attacks, the improvised explosive devices (IEDs), blindly planted in urban and rural Afghanistan, indiscriminately kill and cripple our innocent citizens, including women and children. And this tragedy is further compounded by the adverse effects of climate change, including droughts, floods, landslides, and avalanches. According to the UN Office for Coordination of Humanitarian Affairs (UNOCHA), “more than 14,000 people have been affected by floods, landslides, and avalanches in more than 12 provinces” across Afghanistan where recent humanitarian efforts have been hindered by ongoing violence and attacks on aid workers.

Moreover, the destruction of critical service-delivery infrastructure remains a tactic often used to further victimize the Afghan people. As of this writing, millions of Afghans, while facing multiple daily challenges, have been deprived of electricity, as the transmission lines, importing electricity from Uzbekistan, have been cut in northern Afghanistan where such attacks recur often. Extended power cuts disable the few hospitals and clinics to respond to the basic medical needs of a displaced, malnourished, and impoverished population of vulnerable groups, most of whom are women, children, youth, and the elderly. Indeed, this is killing and maiming Afghans by other means than the direct acts of violence, which is often overlooked for holding to account those UN member-state/s that directly cause or indirectly contribute to such complex humanitarian crises in places like Afghanistan.

In the Afghan context, it is clear and well-documented that for the frequent and largescale civilian deaths due to direct and indirect acts of violence and destruction of our critical infrastructure, the Taliban are responsible. But they are not alone in committing these war crimes against suffering Afghans. Since their creation as an instrument of external strategic influence in 1994, the Taliban have enjoyed safe havens, an operational infrastructure, diplomatic support, as well as medical treatment of their wounded fighters on foreign soil in our neighbourhood—from where they continue to prosecute a terror campaign across Afghanistan. At the same time, their killing machine has enabled other regional and transnational terrorist networks—such as Al Qaeda and ISIS—to further destabilize Afghanistan. In turn, this has enabled the Taliban to run a multibillion-dollar illicit drug business that has not only addicted an increasing number of poor and jobless young Afghans but it has also fed drug demand in our wider region where millions are dying of addiction generated by Taliban-produced narcotics.

In the face of the rapid spread of deadly COVID-19, however, the Taliban must reconsider their efforts to maintain the status quo: to keep killing Afghans and destroying our critical service-delivery infrastructure, whose extended dysfunction will cause further death, pain, and destruction in rural and urban Afghanistan alike. Indeed, as they know all too well, this stands against the core teachings of the Holy Quran and the hadith of Prophet Muhammad (Peace Upon Him). This also violates the basic principles of international human rights and humanitarian laws, which uphold the right of all Afghans—including those in the Taliban-controlled areas—to unfettered access to being tested for COVID-19 followed by an effective treatment if confirmed positive.

As of now, over 1,800 Afghans across the country have contracted the deadly virus and over 50 people have already passed away. These figures hardly reflect the ground reality, considering that thousands of Afghans have recently returned home from Iran with 91,472 confirmed cases and from Pakistan with 14,072 confirmed cases. Indeed, attacks on the Afghan security forces, who remain inactive defense posture; targeted suicide attacks; IED attacks; and wartime criminality—including kidnapping and armed robberies—have hampered the rapid implementation of the Afghan government’s well-defined COVID strategy, including containment, mitigation, and socio-economic relief and recovery measures.

To avert a COVID-19 catastrophe in Afghanistan, where relatively few have so far been tested or put under observation for treatment, the Taliban must respond positively to the calls by the international Ulema, the Organization of Islamic Cooperation (OIC), the Afghan people, and the international community, including Secretary-General Guterres, to cease violence immediately and comprehensively across Afghanistan.

Cessation of violence during this national hour of the acute need for a humanitarian response to the global pandemic with far-reaching implications for Afghanistan will automatically build confidence on all sides, foremost allowing the recently announced inclusive negotiation team and the Taliban to begin making quick progress towards sustainable and dignified peace, which all Afghans desire, demand, and deserve—following four decades of non-stop pain and suffering throughout our beautiful homeland. In the eyes of the Afghan people, choosing the path to peace over continued bloodshed will undoubtedly demonstrate the Taliban’s independence of any foreign influence, while establishing their Islamic credentials based on the key tenets of a peaceful, tolerant, compassionate and merciful faith as enshrined in the progressive Constitution of Afghanistan.