Diplomatist > Society > Home Featured > Management of Missing and Dead Migrants in the Mediterranean Sea: EU’s Negligence of the Definition of Human Dignity

Management of Missing and Dead Migrants in the Mediterranean Sea: EU’s Negligence of the Definition of Human Dignity 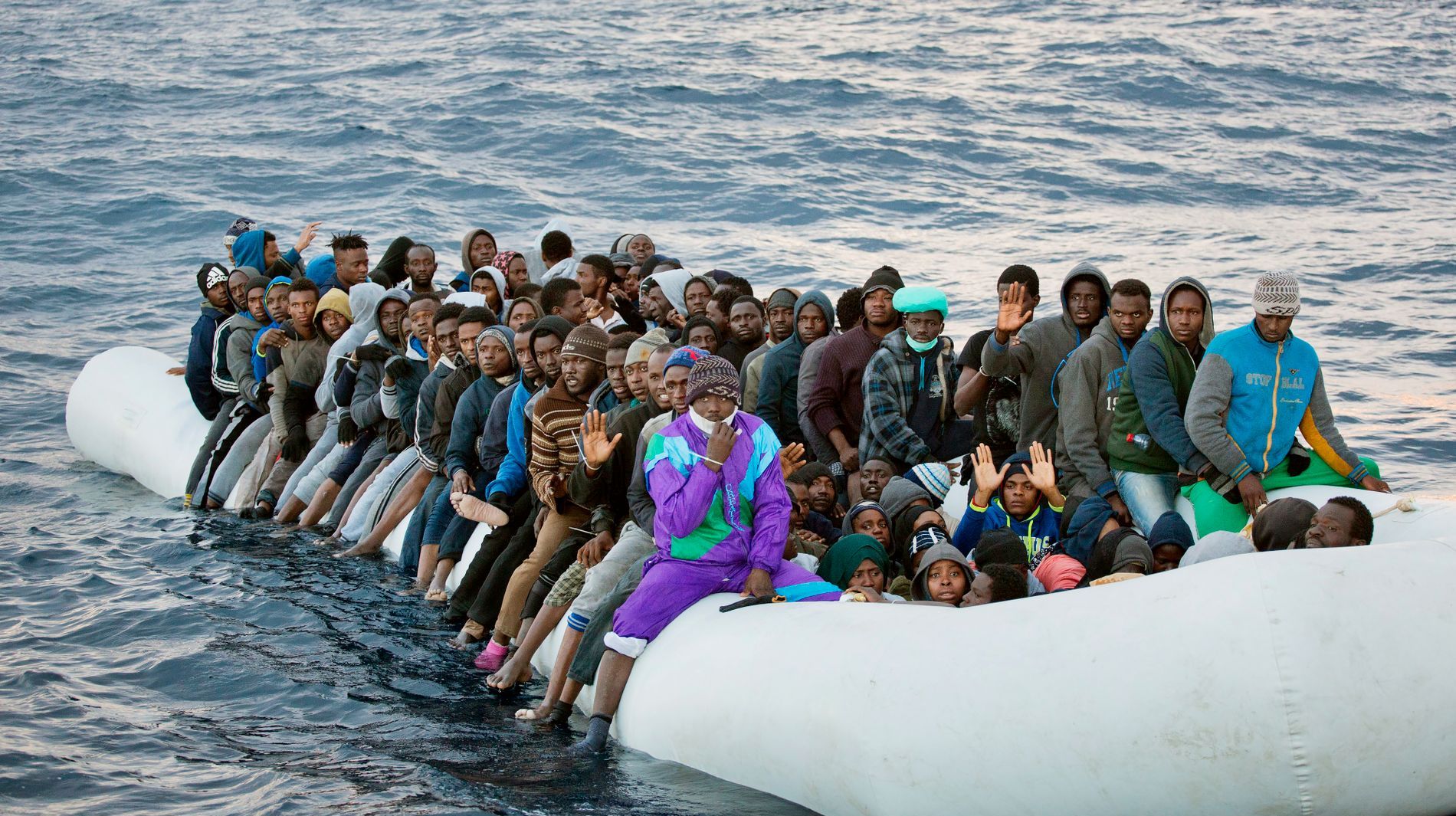 Living migrants have always been the object of enormous attention and are counted and screened on arrival but throughout their presence in the European states, those who die crossing the Mediterranean remain uncounted and largely unidentified as a result of the failure of European states to collect data from both bodies and from estranged families. The rise in the number of border deaths are conceptualized in terms of biophysical violence which must be understood as not being a natural consequence of migrants taking too many risks trying to cross borders. The death of people on the move across the Mediterranean Sea raises questions about the limitations of the EU’s definition of human dignity. Rather than representing an inviolable ground on which fundamental rights are based, such deaths suggest that the EU neglects the value of migrant lives by failing to account for a form of violence whereby physical forces act directly on migrating bodies.

The proportion of deaths v/s attempted crossings in the Mediterranean

Even though there is only a marginal decrease in the number of deaths as well as the number of attempted crossings in 2019 as compared to 2018, the EU’s course of action has been particularly ineffective in avoiding the high number of casualties due to shipwrecks at sea. The tragic drowning of people at sea including women and children when their boat capsizes is especially appalling as the states are not only reluctant in conducting search and rescue operations, they even push the boats that make it to their coast, away from their jurisdiction. This constitutes a complex humanitarian crisis as these states are turning away people who risk their lives in crossing the borders and traveling to a new land in quest of safety and dignity.

Impact of the Governance of the Dead on the Living

“A border spatially demarcates politically sovereign lives (i.e. citizens from aliens) while death creates a new border which separates families from loved ones.” According to Simon Robins, in an interview conducted with families of both missing migrants and from Tunisia, Syria and Iraq and authorities and others concerned with migrant bodies in Greece and Italy, in 2015-16, it was observed that multiple failures persisted in the collection and management of post-mortem data from the bodies of dead migrants and insufficient efforts to reach out and communicate with their families and also in collecting ante-mortem data that could be used to identify them. “The border both kills migrants and acts as a barrier to the transmission of information that could deliver answers to families; the border becomes a highly extended object with the capacity to traumatize at a great distance.” The families of missing or dead migrants are also the victims of this humanitarian disaster as they remain unrepresented in discussions about the management of dead bodies and are also unable to engage with the concerned authorities about the whereabouts of their loved ones. There exists a clear divide between the living and the dead and funerals or rituals around death aids in traversing that divide. However, in this case, this demarcation is blurred not only psychologically and emotionally, but socially since the fate of the person or persons in question is unknown. A citizen who dies a martyr in war, having served the state, is cremated with the most reverent of ceremonies. The migrant body, however, sits in contrast with a citizen body, “becoming a part of the legal order precisely through its constitutive exclusion, with migrant deaths depoliticized and framed as accidents, unrelated to the securitization of the border”. The bodies of the migrant dead are considered “non-grievable” by state authorities while living migrants are considered “potential security threats” and are constantly surveyed. This is not just the case in contemporary European Union states but has been carried out by the colonial powers and during the Holocaust when the bodies of those who died in “systemic exterminations” were disposed off without dignity. Depriving the dead of a decent and dignified burial also emphasizes on the attitude of policy makers towards the living migrants whose fate would more or less be the same.

The concept of human dignity is linked to contemporary discussions of human rights and lays the foundation for a number of important legal and constitutional texts. For example, the concept of human integrity is integral to the 1945 United Nations Charter, the 1948 Universal Declaration of Human Rights (UDHR) and especially the European Union Charter of Fundamental Rights, Article 1 of which begins by stating that “Human dignity is inviolable. It must be respected and protected”. It is a rather well-known fact that international laws address the treatment of the dead and next of kin in armed conflicts, the obligation of states with respect to people who die outside the context of armed conflict receive less attention. The callous treatment of the bodies of the “ungrievable” migrant dead has political impacts since they are unknown and neglected. Only rarely are migrant bodies made politically visible, for example when the picture of the washed-up corpse of a three-year-old Syrian boy, Alan Kurdi appeared on newspaper fronts globally, even though the shocking image and the plight of the refugees were talked about worldwide, this did not change either dominant narratives or policies of the EU.

Integral to the logic which frames the death of migrants as an ‘accident’ is that burial is seen as an act of benevolence, rather than an act of justice or a moral obligation on the part of the state, and unrelated to any obligation an authority may have to inform relatives of the death. Kovras and Robins provide an example of Lesbos in Greece, where although there is a specific budget allocated by the EU and the Greek state to care for living migrants at Greek hospitals, there is no allocated budget (from the state or EU) to cover expenses associated with the burial of dead migrants. To organize a burial the (former) mayor of Lesbos had to raise funds from local sponsors or ‘beg local offices organizing funeral services to give us the coffins’. At times, migrant communities in Athens and local NGOs collect money to pay for coffins. In this way, an already ambiguous policy becomes both arbitrary and privatized. Procedural ambiguity, driven by the effort to avoid blame, ensures that no local agency assumes responsibility for the burial of migrant bodies and even local NGOs mobilized around migrants’ rights are unaware as to which is the designated authority to carry out such burials. Thus ignorance and neglect from the part of the concerned authorities deprive the migrants of their inviolable right to dignity even in death which also affects their families back home, devoured by ambiguity and severance of closure.

As far as EU border enforcement practices are concerned, one can observe how efforts to secure national borders and control migrant flows in the name of protecting national territory and citizenry produce a whole range of different types of biophysical violence and crimes against migrants. From the failure to adequately entertain asylum claims to unjust detention and deportation practices to the thousands of deaths that occur annually in the Mediterranean and elsewhere in the world, the sovereign imperative to defend and regulate national borders results in widespread violence. The Mediterranean is only one of many contexts where migrants die while seeking security or a better life with migrant deaths also occurring on a large scale in the Sinai, the Sahara, in Central America, at the US-Mexican border, and on the Andaman sea. Various scholarships have surfaced that reiterates the need to ensure that migrants need to be treated with dignity, whether dead or alive. The Last Rights Project put forward a Proposal for a Statement of the International legal obligations of States which elaborates on certain obligations that pertain to the state as far as migrants’, dead or alive, dignity is concerned, with much of the law cited in the Commentary being from the European Court of Human Rights. There is a need to focus global attention on the issue of migrant deaths and also on the identification of missing migrants as these migrants flee from their land fearing persecution due to civil wars, conflicts, riots or in search of better employment opportunities abroad in order to lead a better life. It should not be considered the responsibility of a single state to provide protection to these transnational migrants, instead, collective action and cooperation must be exercised by the states so that the world could be made a better place to live in.

3 replies on “Management of Missing and Dead Migrants in the Mediterranean Sea: EU’s Negligence of the Definition of Human Dignity”