The Pandemic and the Future of India-EU Trade Relationship 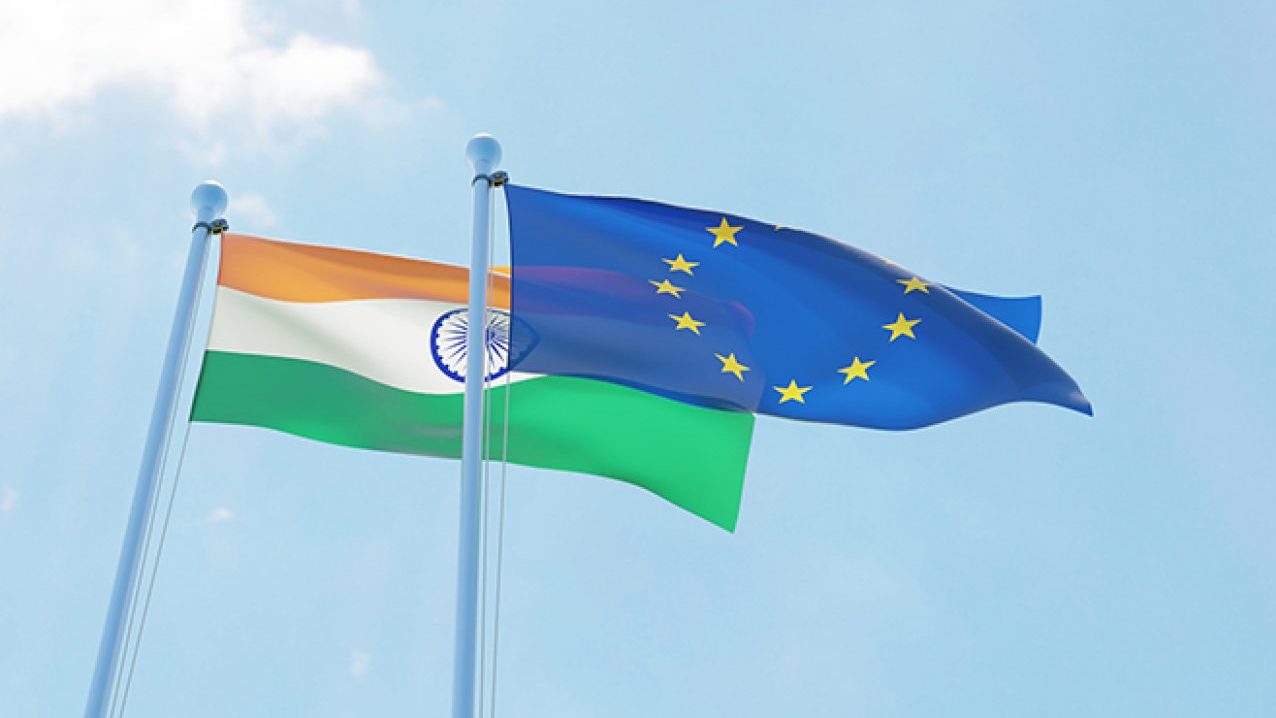 The COVID-19 pandemic is one of the worst health disasters the world has witnessed in recent times leaving millions of people already infected and thousands dead. From all the accounts so far, COVID-19 began its deadly journey from Wuhan, China, in December 2019. Though almost every country is in the grip of the pandemic, the developed nations seem to be suffering more compared to developing economies except China and Iran. This health emergency has already turned into an economic disaster as trade and commerce has come to a halt with almost the entire world locked down. Never in the history of mankind, has a virus brought economic havoc of this magnitude in such a quick time.

As per the International Monetary Fund (IMF) projections, the global output will shrink by 3 percent in 2020 much worse than during the 2008–09 financial crisis. The economic forecast is bad for North America, Euro Zone, and Latin America (Figure 2). Even the economies like India and China that had shown great resilience in 2008 will suffer badly this time.  Fortunately, there is a ray of hope at the end of the tunnel. The forecast is relatively better for the world economy for 2021 maybe because of the baseline effect. As per the IMF estimates, the Indian economy will grow by 7.4 percent and China is expected to clock 9 percent growth. Gita Gopinath, the Chief Economist of IMF has already issued a warning that 2020 will be the worst year for the global economy since the great depression.

India-EU Trade: In economic theory, trade is considered an important ingredient for growth. In the last decade, trade in goods between the EU and India increased by an impressive 72 percent. Before the pandemic started, India was the eleventh largest partner for EU exports of goods (2%) and the tenth-largest partner for EU imports of goods (2%) in 2019. The EU was India’s largest trading partner, accounting for €92 billion worth of trade in goods in 2018 or 12.9% of total Indian trade, ahead of China (10.9%) and the USA (10.1%). Also, India is the 4th largest service exporter to the EU and the 6th largest destination for EU services exports.

India and the EU began negotiations on a broad-based Bilateral Trade and Investment Agreement (BTIA) in 2007. This negotiation was the outcome of the 7th India-EU Summit held in Helsinki in October 2006. Unfortunately, even after 16 rounds of talks, the negotiations have not reached its logical conclusion. In fact, the talks collapsed in 2013 as both sides failed to converge over some key issues like intellectual property rights, duty cut in automobile and spirits, and liberal visa regime and since then no meaningful dialogue has happened between the two parties. In addition, the EU is yet to give data secure nation status to India which is crucial for the Indian IT industry to get market access in the EU. There was some hope of revival of talks in December 2019 after India expressed its desire to revive the negotiation which has come after its exit from RCEP negotiation.

Even before the COVID-19 pandemic started both Indian and EU economies were in the slowdown phase and the FTA would have been an ideal solution to support each other economy. But now the situation has turned for worse. Both economies are going to suffer badly because of this disease. As mentioned earlier EU is going to face a massive hit with a projected -7.5% growth and India is expected to grow by barely 1%. This is the right time for both to come together and resolve their differences and finalize the BTIA. The reasons for which the negotiations were stalled may not make much sense now e.g. EU was having issues with Indian pharmaceutical industry but this pandemic has shown that even the developed nations need the supply of medicine produced by Indian companies similarly the Visa restrictions on labour movement can be curtailed by EU as they may need professionally qualified Doctors, Nurses, Paramedics, IT professional etc. to combat this pandemic in near future. Similarly, India needs to give market access to European firms so that they can provide much-needed capital and technology especially in the area of Defence, medical technology, space and nuclear research etc. We are also witnessing some backlash by the international community against China for alleged mishandling of this pandemic and as a result, few countries like Japan and the US are already rethinking their investment in the Chinese economy. India could be one of the alternative destinations. At present, India is hardly integrated into the value chains of European companies; this can be an ideal opportunity for Indian firms to join their value chain under Make in India programme of Government of India. This pandemic has destroyed both life and livelihoods but as they say that any crisis also gives birth to new opportunities. India and the EU should come together and help each other in this unprecedented situation. Both economies are having an ideal mix of complementary advantages that can help them to come out from this economic destruction and rebuild their economy. We need to reassess the objectives and the outcome of this FTA. Because of this pandemic the world has shifted into a different trajectory. Accordingly, we need to redefine the concept of FTA but one thing is sure that the future of our civilisations is still dependent upon collaboration and not in isolation.