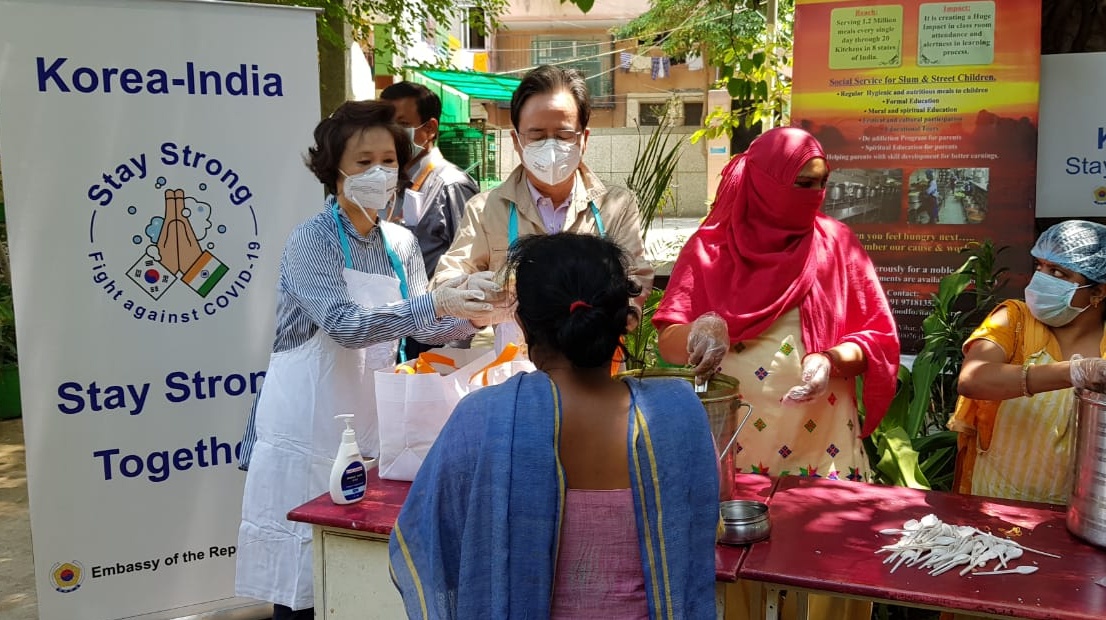 The Korean Embassy served free meals to more than 4,000 people in India.

To join in India’s nationwide effort in tackling COVID-19, the Embassy of the Republic of Korea provided mid-day meals for more than 4,000 people in New Delhi on April 24, 2020.

This was the part of the Korean government’s #StayStrongCampaign implemented in India with the slogan “Korea-India stay strong together.” The budget of today’s activity – amounting to 221,000 rupees – was voluntarily raised by the Korean Embassy staff to help the less privileged people of Delhi in these hard times.