Reality and Rhetorics Behind The Threat Perception From Climate Migration 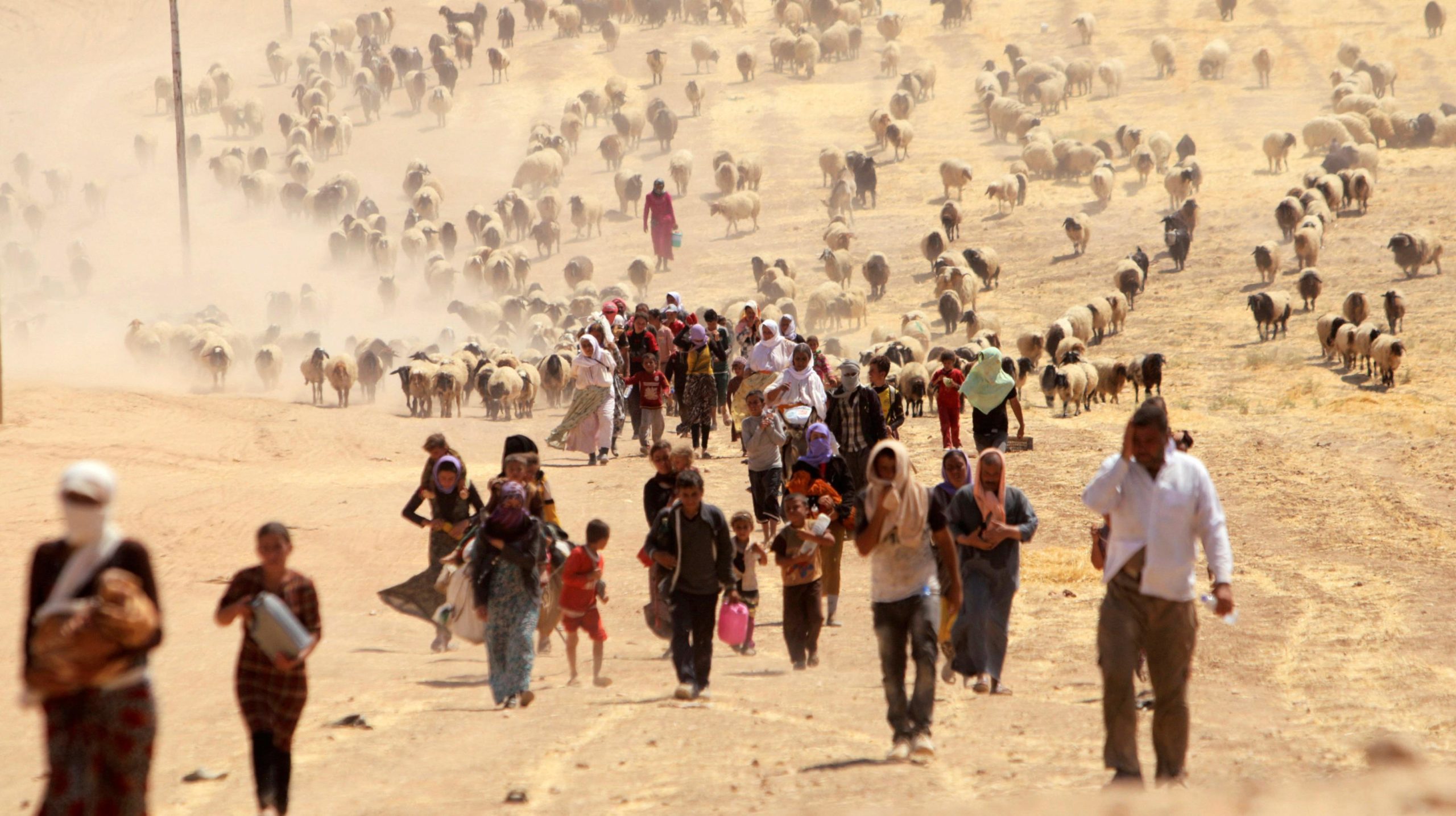 Migration is part of human evolution, which is continuing in the world. During the ancient time when homo sapiens started to migrate from Africa to different parts of the world for food human civilizations and politics slowly started to develop. In the current world system, the term migration is treated more with security studies, especially after the UK pointed concern over climate change migration in the UN. The Westphalia system has loosely linked climate migration with high securitization since it has slowly emerged as a severe security threat. Environmental or climate migration is not a new phenomenon, but from very early days human as well as other biotic creatures such as birds, fishes, and all are engaged in this natural process. However, the concern and debates about climate change reshaped the whole discussion of migration into a securitization angle. The term climate refugees or climate migrants is mentioned in many reports and international debates. International Organization for Migration (IOM) has addressed climate migrants or environmental migrants as “persons or groups of persons who, predominantly for reasons of sudden or progressive change in the environment that adversely affects their lives or living conditions, are obliged to leave their habitual homes, or choose to do so, either temporarily or permanently, and who move either within their country or abroad”. Still, there is no legal definition for the term, which is the fundamental issue to recognize the issues concerning climate refugees. This also led to a lack of protection for climate refugees in terms of international law. Since 2008, an average of around 24 million people has been displaced from their birth land due to minacious climate conditions. This displacement includes both internal and external migration. The lack of conceptual understanding itself is a major problem for the world to deal with it.

Climate migration is identified as part of the push factor. This factor brings up the question of the psychology of climate migration. The psychology of climate migration will be incomplete without the security and insecurity elements of it. In order to analyze these factors, a theoretical approach is essential. Theoretically, there is a minimalistic and maximalist approach to climate migration. The first is more like a conservative approach whereas, the latter is futuristic in explaining climate migration. The critical security school can explain this is a more holistic manner. For example, ‘Copenhagen’ school, which talks about the securitization of threat. Dewilde, one of the major advocates of the school says that to consider a subject under the name of a threat it is necessary to be securitized initially. In the case of climate migration, the core subject of the referent is migration and it is linked with climate change, using effective securitization. In the initial stage of securitization, the phenomena of environment based migration are highly politicized by the government or the concerned parties, latter it will be securitized on a global level. For example, the contemporary European world has an anti-migration attitude within them. The rise of extreme nationalistic far-right populism is seen as the major driver for these changing nature. So for the political interest, they politicized the migrant issues in the region and they took climate change as the major factor to securitize the issue. The United Kingdom’s approach to putting climate migration as a security threat in front of the United Nations Security Council (UNSC) for the first time in history proves these. From then onwards the European world started to pick point many refugees and migration crises as a cause of climate change. Thus the term climate migration attained more global attention through effective politicization and securitization. The environmental-threat vulnerability nexus catalyzed the intensification of threat perception from climate migration. There is a huge politicization by the west and the US in this domain as well. For example, climate change issues such as a hurricane, sea-level rise, drought were illustrated as a major factor for conflicts, which ultimately leads to migration, both internal and external. The best example for understanding this nexus between environmental/ climate change and conflict is the Darfur conflict, which is labelled as the first environmental conflict, which led to massive migration from South Sudan to different parts of the world. The Darfur crisis in South Sudan is considered as the world’s worst humanitarian crisis, branded as a genocide, originated from the environmental crisis, and struggle for natural resources that began to escalate after the 1980s and 1990s, with increasing deforestation, desertification and widespread famine in South Sudan.

The major issue which both the academic and policy circle at this point struggles with respect to climate migrants is about how to identify them. It is necessary to understand the identification of climate change migration while connecting it with the international security environment. Even though the term climate refugees is often used about involuntary migration in the light of climate change and environmental change, it is not legally valid because the 1951 Refugee Convention does not accept environmental factors as requirements for the classification of refugees. This makes it difficult to distinguish them. International Organization for Migrations has introduced the term called ‘disaster displacement’, to quantify the data whatever available for forced migration due to any type of disaster. The term “refers to situations, where people are forced or obliged to leave their homes or places of habitual residence, in particular as a result of or to avoid the effects of disasters triggered by natural hazards. Such displacement may take the form of spontaneous flight or an evacuation ordered or enforced by authorities. Such displacement can occur within a country, or across international borders.” (The Nansen Protection Agenda, 2015).

One of the most important issues concerning dealing the climate refugee is the lack of a legal body to look after it. The international legal framework at this point is only looking into the political refugees and is not at all extended to climate refugees. The Geneva Convention on Refugees is very clear by its definition itself that only individuals or community which displace due to political issues are considered under the light of refugees. The Conventions as the following:

At present, it is the Review of Refugee Laws, and other International Legal Regime for the protection of refugees are working on the legal side of climate change migrants. From the past few decades, there were attempts from different parts of the world to come up with a separate legal framework to deal with climate change refugees exclusively.