Diplomatist > World > Home Featured > Is the United States Losing its Position of Strength?

Is the United States Losing its Position of Strength? 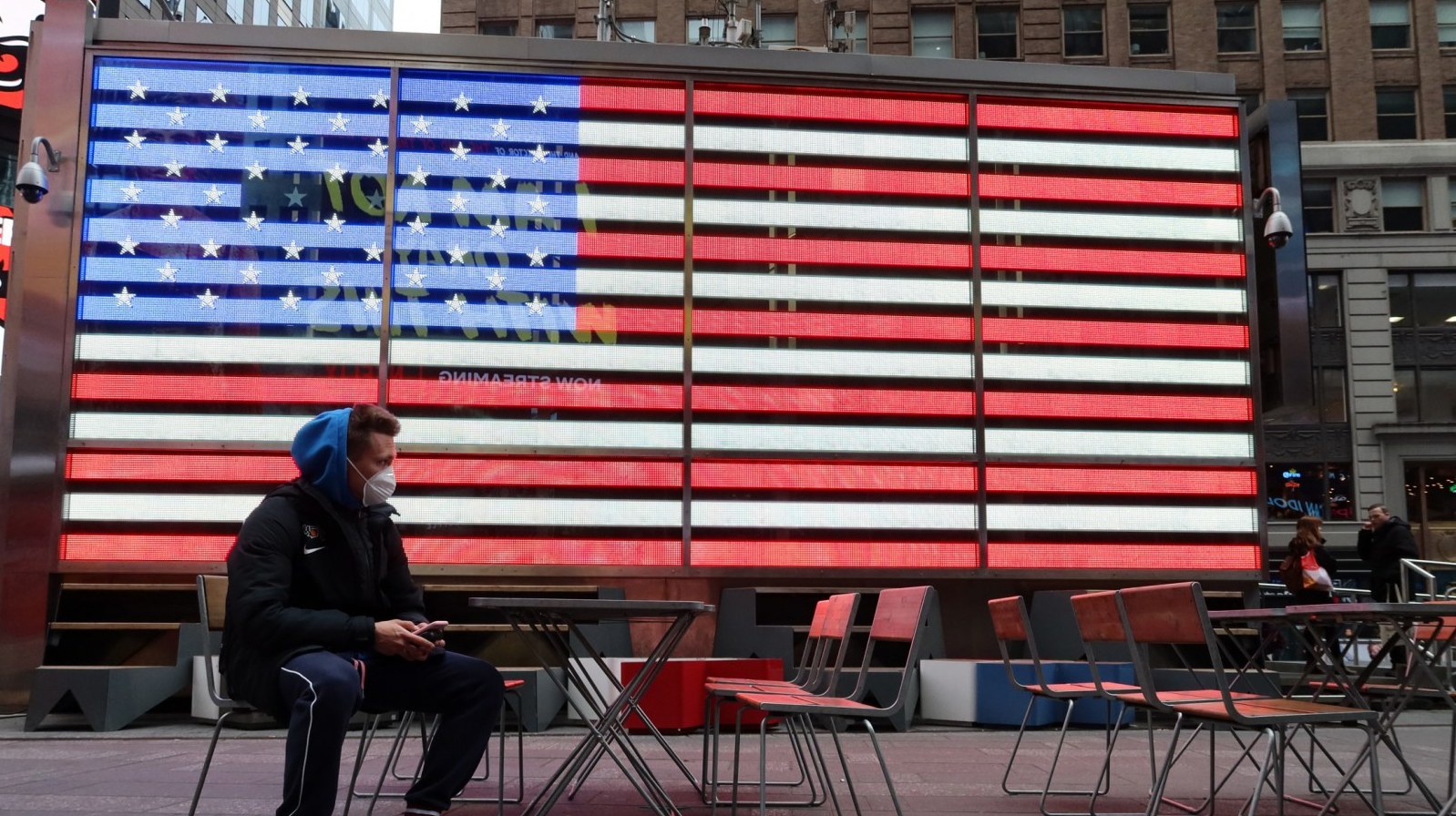 Among the many questions, one that looms large in a post-COVID world is ‘What happens to the American strategy in the Indo-Pacific?’ From the collapse of the former Soviet Union until the financial crisis of 2007-08, the United States had enjoyed the status of a hegemonic power in world politics. Post-2008, China emerged as a potential threat and since then the United States has drafted two broad strategies and multifarious policy instruments to challenge China’s growing influence. From President Barack Obama’s “Asia Pivot” to President Donald Trump’s “Free and Open Indo-Pacific (FOIP)” strategy, the American engagements in the East has seen a strategic shift, and can definitely not be termed as a natural progression. The FOIP, in fact, has no concrete basis to be positioned as a superior strategy which can help the United States undertake a larger strategic and security role. Others like China and India are well-positioned to take a lead – with China apparently being more eager to do so. Perhaps, some evidences that this article outlines can explain why the United States is losing its ability to negotiate from a position of strength.

Is SCO taking the lead?

India will host the Shanghai Cooperation Organisation (SCO) Summit this year. Besides, China, Russia and India, SCO also includes Pakistan and the Central Asian states of Kazakhstan, Kyrgyzstan, Tajikistan, and Uzbekistan. Possibly, if all member countries agree on a robust post-COVID macroeconomic cooperation plan, they could be supported by the Asian Infrastructure Investment Bank. The SCO members are also looking forward to dumping the United States dollar, and instead, conduct their bilateral trade and investment in their national currencies.

SCO has the potential to become a forum for forging stronger ties between India, Russia and China and defusing the escalating tensions between India and Pakistan. The Central Asian countries being energy-rich and host to the present and proposed economic corridors can help create a pragmatic regional coordination response to reshape the post-COVID world. Last year on the sidelines of the SCO summit in Bishkek, Prime Minister Narendra Modi along with President Xi Jinping and President Vladimir Putin spoke out against American unilateralism and protectionism in global trade. Raising this concern from the SCO platform was very strategic because the United States had revoked India’s Generalised System of Preferences (GSP) and was also all set to further escalate the trade war with China.

The presence of Iran and Afghanistan as Observers in the SCO also prepares the ground for regional security considerations. This pertains to the deteriorating relationship between Iran and the United States on one hand, and the roadmap of withdrawal of American forces from Afghanistan, on the other. This also brings into discussion the perceived future of the North Atlantic Treaty Organization (NATO) – an intergovernmental military alliance between countries of North America and Europe today. It was founded in 1949 by twelve countries and now comprises of thirty member countries with North Macedonia being the latest addition on March 27, 2020. The collapse of the Warsaw Pact and the German reunification led to its restructuring and inclusion of more members. Today, it seems that the United States is facing a turbulent time, and without American leadership, it can well be looking at an orphaned future. There are reports that President Trump had already expressed his intent to pull out of NATO. Owing to such concerns, the House of Representatives passed a NATO Support Act in January 2019 to prohibit any usage of funds for withdrawing from NATO.

On the other hand, with renewed security interests between India, Russia and China, the strategic clout of SCO is increasing. Though it has been sufficiently argued that SCO will not and cannot compete with NATO, yet it is possible that the post-Covid world may reflect a distinct scenario. Henry Kissinger once remarked that “America has no permanent friends or enemies, only interests”. In the present context, if India were to take this view, there is no doubt that SCO’s geopolitical gravity as a perceived military alliance is robust and carries wider acceptance in the Global South – even more than what the United States backed Quadrilateral Security Dialogue (QUAD) – an alliance of the United States, Australia, India and Japan – offers.

Who is leading humanitarian efforts?

One can blame China for withholding information regarding the virus and failing to contain the virus but the response in the United States cannot be pinned on China. From getting into heated arguments with reporters to calling out Governors of playing politics due to the non-availability of ventilators, President Trump’s reaction has not instilled any confidence. The rise in the number of cases in New York reveals a dismal preparedness by the Trump administration. The American allies and also countries closer to the United States are also not impressed. For instance, President Trump recently threatened India of retaliation in case India did not lift the ban on the export of Hydroxychloroquine (HCQ) and supplied it to the United States. HCQ is a medicine meant for preventing or treating Malaria and was regarded as a possible treatment for Covid-19 by President Trump. Also, it was alleged by French state media that a plane carrying masks destined for Paris was diverted to New York after American agents paid off the Chinese suppliers at the tarmac. In fact, most recently Washington has cancelled its aid to the World Health Organisation (WHO), amid concerns that WHO was not taking stringent action on China for not communicating timely to the international community about the virus outbreak.

On the other hand, China has restarted its supply chains effectively and began producing and delivering large quantities of masks, ventilators and personal protective equipment-PPE, testing kits, gowns and other medical supplies. China has already sent out large shipments globally with most countries sending planes on a daily basis to retrieve shipments. Chinese private firms have also made large donations with Alibaba leading the pact. Interestingly Huawei also joined the list of donors to New York when they provided New York with N-95 masks, isolation gowns, medical gloves and goggles. Moreover, China has also made use of massive propaganda campaigns to further its agenda of being recognized as the leader in humanitarian response to COVID-19 pandemic.

In fact, over the years, whenever a global crisis arose, the advent of the United States seemed to signal the beginning of the end of the crisis. Only this time, the Americans seem to be caught up at home tackling the crisis themselves. However, the Chinese initiatives of Health Silk Road (HSR) is turning out to be of great help in the fight against Covid-19. Very recently a train loaded with masks went from Beijing all the way to Madrid. With no such American alternative against it, HSR is poised to remain relevant and widely acceptable among its beneficiary countries.

Can a superpower be unwilling to lead?

The United States’ presidential elections of 2016 seemed to be a departure from the American policy of global assertiveness toward a policy of domestic consolidation. Though after assuming office, President Trump began with the Muslim travel ban and took aggressive posturing in negotiating with Iran and later with China through the trade war, yet the American unwillingness to lead has been quite evident. President Trump first walked out of the Trans-Pacific Partnership and later withdrew from the Paris Agreement on climate change. President Trump even threatened to walk out of NATO. Interestingly, he went on to call the United States a developing country to push the Chinese into calling themselves a developed country or start giving American business concessions available to developing states. President Trump also heavily criticized the World Trade Organisation (WTO) and the United States weaken the WTO dispute settlement system by blocking the appointment of judges to its Appellate Body. The United States also entered into a trade war with China (though later signed the phase I of trade deal), and even withdrew India’s GSP benefits, reflecting a clear shift from the existing American practices.

The decision to stop aid to the WHO and that too at the time of the ongoing pandemic reflects a totally insensitive approach to global humanitarian needs. In such a scenario, the developing and low-income economies in the Indo-Pacific region would perhaps not like to see the United States as a reliable partner. And China is all set and eager to fill this gap. Also, the United States has recently ended its continuous bomber presence in Guam and is also signalling a reduction in its military presence in the Indo-Pacific region. Recently, China has also undertaken a low-intensity nuclear explosion. Its aggressive interventions in the South China Sea and in the Indian Ocean are posing a threat to the reliability of American presence in the Indo-Pacific.

Dr. Faisal Ahmed
Author is a trade and geopolitical expert, and a Professor of International Business at FORE School of Management, New Delhi

5 replies on “Is the United States Losing its Position of Strength?”