China after COVID 19: Projections and Reality 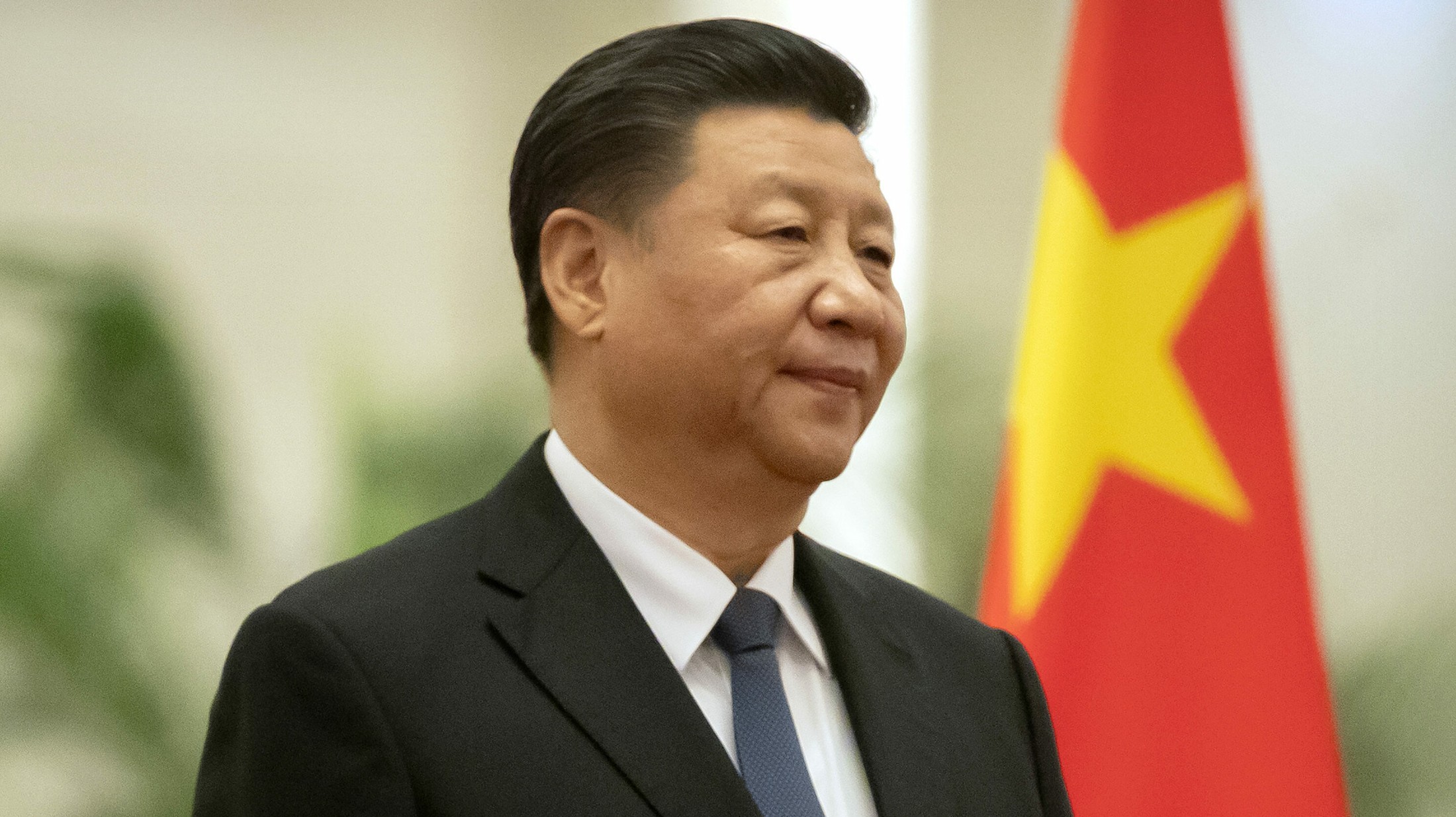 There are many conjectures, of late, over the future of China in international politics and economy after COVID-19. One popular proposition, as aired by statesmen like the U.S. President and reported by the media, and as observed in the social media (supported by a few academics, and somehow believed by the common man), refers to China’s loosening grip over international affairs post COVID-19. In simple words, these persons believe that China will no longer be the powerful voice in international politics as it is today, due to its, what they think, mishandling of the COVID-19 issues.  Their projections are bolstered by the U.S. stand on China after the outbreak of the coronavirus, which indicates tough measures including strengthening of a trade war where the U.S. would hike tariffs substantially on Chinese goods. China is already under attack from the U.S. for suppressing facts about the coronavirus, and the U.S. would continue to mount pressure on China on this issue through economic and political maneuvering after the pandemic eases somewhat. The U.S., as the perception goes, will likely to get moral and political support from many countries for its ‘tough’ position in China. In other words, there may be shifting power equations in international politics where the Washington consensus will emerge victorious as opposed to the Beijing consensus.

Students of international politics and contemporary history know that China has a unique capability of moving out of adverse situations without much difficulty. Take for instance events during the Great Proletarian Cultural Revolution (GPCR) which peaked during 1966 and 1971, and officially got over in 1976. The GPCR was described by many western and Chinese scholars as one of the major pogroms in recent history. China was condemned by the global community and the nation was supposed to pay a heavy price for the massacre of human lives during GPCR. The US also took a very ‘tough’ stand against China during the GPCR. But at the same time, the Americans were trying to normalize relations with China, which was extremely low since 1949, when socialist China was born. In 1972, when some degree of semblance returned to China, American President Richard Nixon undertook a ‘historic’ visit to China. The trip was believed to have broken significantly the ice accumulated over the years in Sino-American relations. The President’s visit was preceded by a secret (at that time, but later much-hyped) ground preparing trip by the U.S. Secretary of State, Henry Kissinger. China’s preparations for switching over to a ‘market’ economy started four years later, in the year 1976, although it got substantially strengthened from 1978 under the leadership of Deng Xiao Ping. Therefore, it was assumed that ‘market’ potential drew the U.S. to China 48 years ago, in 1972, when the GPCR had not completely subsided. The other factor was, of course, viewing China (by the U.S.) as a counterbalance to the Soviet Union, at a time when Cold War rivalry between the two superpowers was at its peak.  After Nixon’s historic visit, normalcy was restored in bilateral relations. Two-way trade and commercial relations also developed gradually. Therefore, America’s ‘hard’ stand over China softened substantially for the latter’s market potential, 48 years ago, and the trend continued thereafter. If you have still some doubts about China’s ability, when your pragmatic mind tends to believe that after all, things have changed a lot in 48 years, consider the Tiananmen Square incidents in 1989. The Western lobby was again furious over the suppression of the democratic rights of Chinese students and scholars, and the nation was hugely condemned. But U.S. – China trade relations continued to grow substantially.

Researchers working on international relations know that American ‘threats’ to China are regular affairs. If you visited the website of the American State Department in the 1990s or in the first decade of the new century and thereafter, you found tough talks with regard to China, — over human rights issues, nuclear testing, trade manipulations, WTO (World Trade Organisation) negotiations, etc. All these tough talks had substantial bases, but again, market potential ruled relations, and China – America bilateral trade continued to scale heights. By 2010, the volume of Sino – American trade was ten times more than the volume of India – America trade. Every year, the U.S. State Department prepares an Annual (country-wise) Human Rights Report and hands it over to the American President. This Report, hugely voluminous, is the outcome of very hard work by a dedicated team. The Presidential decision to sanction American grants to different nations depends partly on this Report. Since the mid- the 1990s, China was mentioned almost regularly in this Annual Report as one of the top human rights violators, alongside countries like Sudan, Libya, North Korea, Iraq, Venezuela, Cuba and Iran. The 2019 Report also cited China as one of the major human rights abusers. While the U.S. was harsh on smaller and economically weaker countries named above, and often put economic and military embargos on these nations; the American administration largely overlooked the Report when it dealt with China, except issuing routine statements condemning China. American trade relations with China actually boomed during this period (mid-1990s – present).

In fact, America needs China more than China needs the U.S. This is a stark reality today which many analysts tend to forget and ultimately resort to emotional outbursts. The U.S. depends heavily on China for providing the low-cost goods that enable average Americans, with lesser income, to meet their daily needs. America also depends on China for its exports. After Mexico and Canada, China is America’s third-largest and rapidly growing export destination. Going by the present trend, China will soon emerge as the biggest export destination for American products. Further, the U.S. depends on China heavily for funding for its budget deficits. It is the largest foreign buyer of American Treasury securities amounting to nearly $ 2.0 trillion in 2018. If China stops buying American Treasury securities, the U.S. economy is bound to have rippling effects. Moreover, China is the largest supplier of active pharmaceutical ingredients and other medical equipments in the world and Chinese leaders have already started saying that if china stopped these medical supplies, the corona pandemic would have worsened in the U.S. in the last few months. Over the years, China painstakingly achieved a strong economic position and clout, which are paying political dividends now. Therefore, when it comes to China, the U.S. looks like an ailing eagle.

Who knows this American weakness better than China? In fact, China cares little for all the grandiose American ‘threats’. Hence, it could muster the courage to test nuclear weapons when hectic negotiations on the CTBT (Comprehensive Test Ban Treaty) were going on in Geneva in 1996, and China was an important part of such negotiations! And the international community could do nothing except watch and condemn the act. This purported American weakness somehow allowed China to engage in alleged human rights abuse in the Xinjiang and other provinces, — without much intervention by the international community. Had it been any other nation, not as economically strong as China, it would have faced severe global ostracism by this time.

Therefore, emotional outbursts notwithstanding, China will not be in a disadvantageous position in global politics and economy after the pandemic. Like other nations, China will have some initial problems due to the slowdown of the global and Chinese economy. But China has the ability to recover more quickly than any other nation, including the U.S. American private business, has stupendous stakes in the Chinese market, and the private business lobby will put pressure on the U.S. administration to go soft on China. Moreover, the Chinese diaspora in the U.S., one of the most educated and affluent communities among the immigrants in America, has the capacity to influence American decision making. The diaspora will certainly not favour any antagonistic policy decision that would hurt Chinese national interest. In this context one may recall similar parallels with the influence of the Jewish community in the U.S. For long, this community has acted as a successful pressure group to influence American policy decisions with regard to Israel, which in the long run served Israeli national interests. Chinese Americans in the U.S. will play a similar role in influencing U.S. attitude towards China.

Apart from the factors outlined above, there are still certain other issues that will favour China after the pandemic. Among these issues, the most important is China’s permanent membership of the UN Security Council, which helped China come out of adverse situations in the past, while simultaneously helping the nation influence global decision making. China is now a very powerful voice in the WTO also, due to its economic strength; and it has the capability to counter any move of the western lobby led by the U.S., to pressurize China at the WTO. In every other global forum, like the Nuclear Suppliers Group (NSG), or International Atomic Energy Agency (IAEA), or World Health Organisation (WHO), or G 20 countries, to name a few, China has a strong presence. President Trump of the U.S. has already accused the WHO of favouring China in connection with COVID-19 and stopped American financial assistance to the WHO. This again proves the proposition that China has the capability, in every global forum like the WHO, to influence decision making. Therefore, it will not be easy to put severe pressures on China politically or in areas of economic diplomacy. China certainly has the ability to overcome these pressures post COVID-19 as it did in the past. There will be some ethical issues, like how and why the virus was allowed to grow and spread! But sooner or later these moral issues will be lost in the face of trade and commercial calculations. As a consequence, the U.S. and the international community will not be able to put any serious pressure on China for its mishandling of the COVID-19 issue, except occasional jibes.

Aneek Chatterjee
Author is a senior academic and analyst on international relations. He served as Professor and Head of Political Science at Presidency College, and later at Presidency University, Kolkata, India. He was a Fulbright Visiting Fellow at the University of Virginia (USA) and a recipient of the ICCR Chair to teach abroad.
Tags:
Trade War Nuclear Testing China WTO World Health Organisation COVID-19 U.S.
Share:
Share this...

1 reply on “China after COVID 19: Projections and Reality”