Iran and the Great Powers: A Synopsis of 200 Years of Foreign Policy 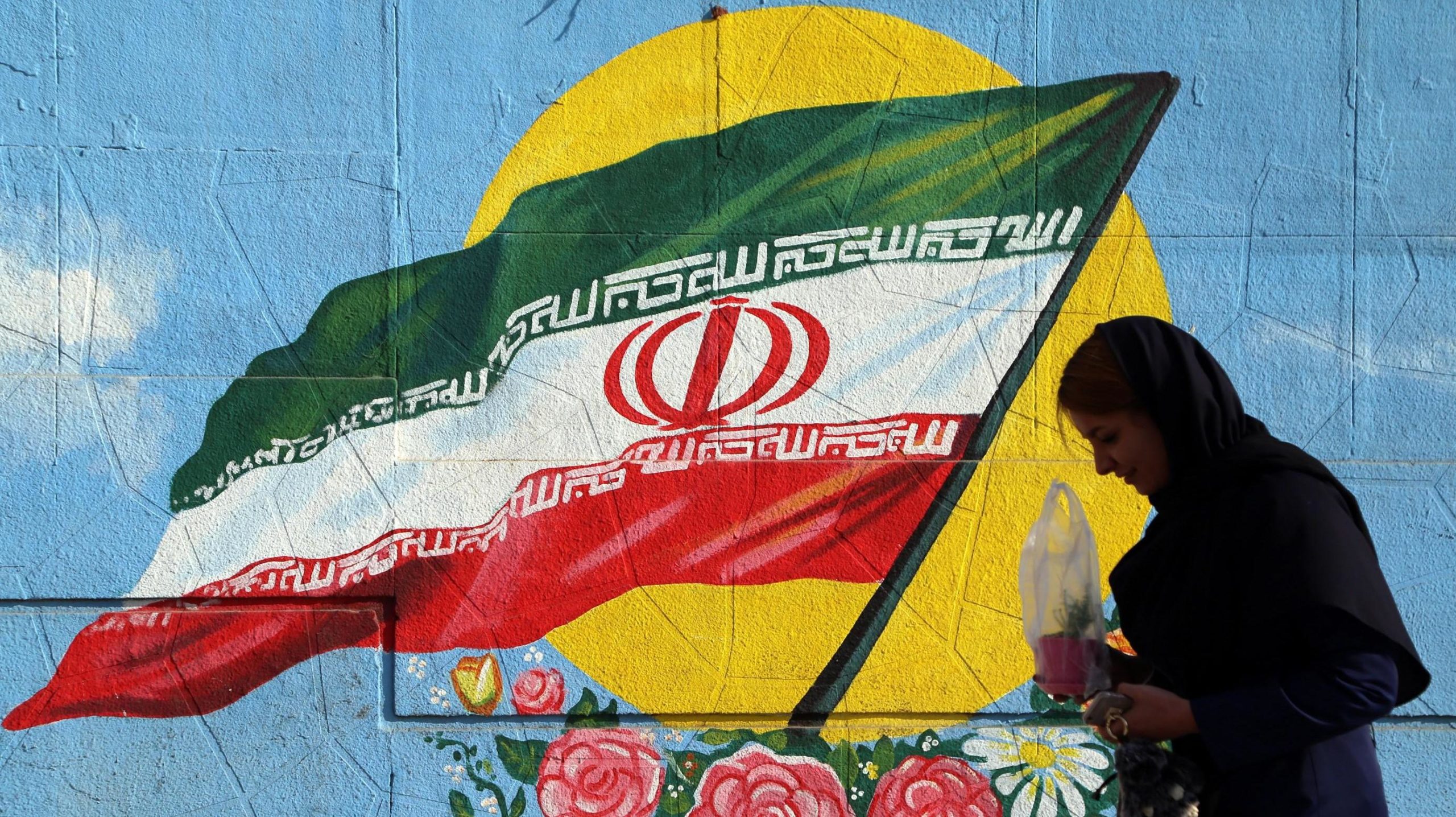 Iran, erstwhile Persia, had been a center of incursions by many powers — from the Hellenistic Empire, the Seljuqs, the Mongols and the Russians — since ages. However, the modern history of the foreign policy of Iran rests on a series of engagements with the hitherto Great powers. Iran, in the 19th century, was environed by Russia and the Great Britain at her borders. This brought her at the center of attention during Great Game between the great powers.

Iran lost her Caucasian territories to Russia in a series of wars which led to the inking of the Treaty of Gulistan (1813) and the Treaty of Turkmenchay (1828). Following the accession of Dagestan to the Russian territory, the Tsarist regime moved towards the vulnerable Central Asia which lost her defenses after the disintegration of the Mongol’s Golden Horde. A myriad of independent powers vying against one another in Central Asia made it easy for Russia to accede Central Asia. After the end of the Crimean War (1856), Russia brought her attention to the South.

Around 1860-62, the interest of the Great Powers in Central Asia increased, as Europe was feeling the effects of the American Civil War which was depriving it of cotton. There was a palpable dichotomy between the views of the Russian Foreign office and that of the military regarding the future of Central Asia. The foreign office wanted to evade any direct competition with the United Kingdom in Asia. However, the military took on the Kazakh Khanate, crossed the Syr Darya and expanded towards Transoxiana. Thus, Russia subdued all the Central Asia and the Russian Turkestan came into being.

Iran found herself at the threshold of two major powers: Russia in Central Asia and the United Kingdom in India. At this juncture, Iran could have evaded direct conflict with both the great powers by her deft diplomacy. However, the seeds of distrust between Great Britain and the Qajar Dynasty of Iran started to germinate after Russia, with the connivance of the Qajar Dynasty, beleaguered Herat. After the Russo-Turkish war and the subsequent treaty of Berlin (1878), Russia moved her attention towards Afghanistan. This endeavour augmented the Great Game in Asia which led to the Treaty of Gandamak — Afghanistan ceded her foreign affairs to the Great Britain after her defeat in the Second Anglo-Afghan War.

The Anglo-Russian entente of 1907 saved the situation from exacerbating as both the powers drew their spheres of influence in Asia — the Weltpolitik in the European clod made it a sine qua non for the UK, France and Russia to join hands and obviate their differences. This was, however, ephemeral because the D’Arcy concessions given to the company found proven oil reserves in Iran and, as a result, the Anglo-Iranian Oil Company (AIOC) took charge of drilling. The Great Britain wanted access to all the Iranian Oil fields, but the Majlis did not approve of it and the Anglo-Iranian treaty of 1919 failed to pass from the Iranian legislature.

In the interregnum, World War 1 enmeshed Iranian territories in the macabre war. However, after the Bolshevik Revolution, the inchoate Soviet Union renounced all her previous claims from Northern Iran. The British power etiolated after the World War, therefore, the threat of British meddling in Iranian affairs was effaced.

Yet again, another crisis in Northern Iran broke out. This time the independence of Gilan in Northern Iran brought her in a state of crisis. To do away with this crisis and strengthen ties with the Soviet Union — Iran, in 1921, signed a treaty of Friendship with the Soviet Union which was resented in Iran and elsewhere. Article 6 of the treaty reserved for Soviet Russia the right to send troops into Iranian territory should the latter become a base for anti-Soviet aggression.

In simple terms, the Iranian dilemma is that it has always been in a state of continuous turbulence with one of the Great Powers or all at the same time. Iran, in lieu of strengthening ties with the major powers and creating stability in her own milieu, always resorted to a third power or way to seek security and assistance. Iran harboured amicable relations with Germany in the twenty years’ crisis and was well received by the Reich.

After the eruption of World War II, Iran proclaimed her neutrality. However, Operation countenance by the Anglo-Russian duumvirate occupied Iran and coerced her to join the allies. A myriad of German technicians was expelled by Iran. She had no other option — Raza Shah abdicated in favour of his son and flew Iran. Iran became a major ground for the lend-lease project and to move supplies to and fro from British colonized territories and the Soviet Union.

Iran could not erect the project of liberalization and moderation because of the ideological differences emanating from within. Reza Shah tried to reform Iran on a progressive track like that of Mustafa Kamal in the vicinity, however, he faced severe resistance from the clerics. Similarly, Muhammad Reza Shah had to put an iron hand on the Tudeh Party propagating communist propaganda in the North. These competing forces caused instability in the country bedecked with foreign occupation.

Iran, then, leaned towards the United States. The Iran-US cooperation was not new — after the World War 1, Dr. Millspaugh came to Iran to ameliorate Iran’s finances. Iran joined the Baghdad Pact that irked the Soviet Union. Furthermore, Mossadegh’s nationalist predilections helped Iran nationalize the Oil Industry which brought Iran and the Great Britain at loggerheads.

The nemesis of Mossadegh supported by a coup d’état brought the Shah back in power. A joint consortium of seven sisters supplanted the erstwhile Anglo-Iranian oil company which included shares of the United States, United Kingdom and France. The nationalization fiasco ended in joint control of Iranian oil fields. One way or the other, Iran needed to solicit assistance from the western world to keep on the drilling operations.

The Iranian revolution of 1979 and the Soviet Invasion of Afghanistan brought Iran’s foreign policy at a vacillating point. Khomeini’s polemics against the West with a famous Marg-ba-Amrika and his support for Shiite groups against the Soviet Union in Afghanistan embarked Iran on a de novo track. Iran strained her relations with the Arab World including her neighbor Iraq. Iran’s foreign policy was in doldrums — she had less friends than enemies.

Today, the world reckons that Iran has a winning position in the Middle East: Lebanon, Syria and Yemen. However, the cost and the suffering is becoming too high for Iran lest it becomes a pyrrhic victory. The sanctions on Iran has exacerbated the already precarious economy of the country.

The JCPOA conundrum has added to her problems. Iran has embarked on a waiting game as President Trump’s tenure is set to finish. Meanwhile, traditionally, Iran has gone to third Parties — European Union and Russia — to salvage the peace deal. Another demarche, which Iran is looking forward to, is to tie good knots with China in her new role in world politics and the endeavours of regional connectivity. However, this will never overcome the importance of having amicable relations with the United States.  In lieu of relying on the third parties, Iran must harbor good relations with the United States, do away with anti-American slogans and turn to normalcy with her Arab Neighbours in order to elicit peace in the region in general and her clod in particular – there is a world beyond realpolitik.