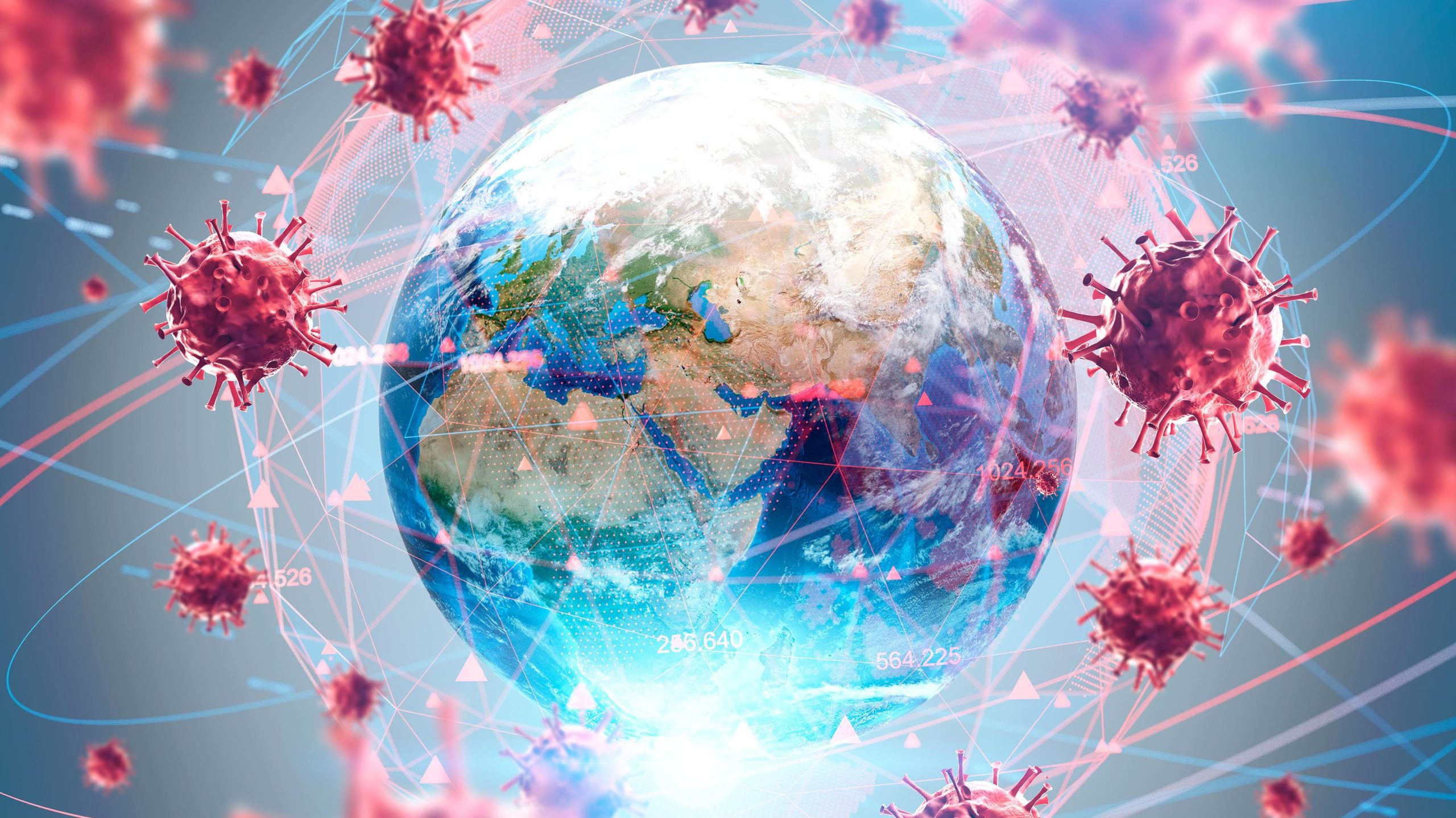 The outbreak of the pandemic has exacerbated public health emergencies, rendering civilians helpless. Countries such as Afghanistan, Iraq, Yemen and Syria that are already threatened by complex security, political and economic challenges are facing the enhanced risk of overcoming logistical challenges. At a crucial time when health should be acknowledged as the central aspect of security and governance, major players such as the US and Russia are openly articulate about their resistance to a global ceasefire. The fear of any decision threatening the traditional military and intelligence goals of the powers has overpowered the incentives of utilising health as an instrument of human security. The tension between sustaining regional order and restoring the sanctity of health has created a renewed opportunity for militant and terrorist groups. The groups are taking actions to protect people from the virus – a responsibility of the government. If anything, their usage of smart power is taking them an inch closer in the battle of legitimacy.

Pandemic – A Test of Political Legitimacy

The pandemic has taken a political character, undermining and creating scope for political legitimacy. Several years of conflict and the failure of the authorities to provide accountability and transparency has sown distrust among the population of these countries. Several people in Iraq are refusing to acknowledge and adhere to the government’s message to stay at home or get tested due to deep distrust towards the authorities. Over 300,000 people defied the curfew by visiting the shrine of a Shi’ite Imam Musa al-Kadhim in Baghdad. A similar scenario was observed in Iran as people ignored the warnings of officials and rushed to emergency rooms to get themselves tested. People in Afghanistan are hiding symptoms due to the religious stigma attached to the virus. The Syrian government has been accused of hiding numbers for political motives.

Meanwhile, the militant and terrorist groups across Afghanistan and the Middle East countries are adopting different strategies to reinforce their legitimacy. The Taliban health commission in Kunduz has been spreading information about coronavirus and encouraging people to stay home. Taliban fighters have been seen wearing masks and carrying health equipment instead of weapons. They have even demonstrated cooperation with humanitarian workers. Their acknowledgement of the gravity of the situation even as they refuse to negotiate with the Afghan government reflects their tactics of gaining legitimacy while equally devaluing the political credibility of the Afghan government which was recently shamed by the US government that cut $1 billion aid due to the ongoing struggle of legitimacy between the two Presidents of Afghanistan. Other militant and terrorist groups such as the Islamic State, Hezbollah and Al Qaeda have adopted a completely different tactic. ISIS is spreading the word that the pandemic is a punishment for the West but asking Muslims to be responsible and take measures to not contract the virus. Shiite militant group Hezbollah in Lebanon has offered ambulances, equipped with respirators and is mobilizing doctors and healthcare workers to manage the situation. Hayat Tahrir al-Sham, a militant group in Syria that may be seeking international legitimacy is citing the WHO and advising people to take measures to protect themselves from the virus.

The inability of the governments to handle the virus would provide legitimacy to a widely contested political environment in these countries. As a legal provider of security, a state government’s failure to provide healthcare to the population would do more harm to its legitimacy than that of a militant group whose minimal effort could enhance its popularity.

Sovereignty and Criminalisation of Humanitarian Aid

Pandemic, as the definition goes, does not follow claims of sovereignty. People living in areas opposed to the state are the most helpless, with no access to aid and no support from international organisations. In Syria, the WHO has been distributing help through the government, leaving the most vulnerable areas without any access to any assistance. The glaring weakness in Syria and WHO’s policy was revealed when Kurdish officials discovered a death in their area was due to COVID-19, a news which was not officially announced by either the Syrian authorities or the WHO. UN shipments to Kurdish-run northeast Syria were halted in early 2020 after Russia vetoed a resolution that allowed aid deliveries through Iraq.

Criminalisation of humanitarian aid has made health workers vulnerable to pressure from the state authorities. According to the counterterrorism law under the Al Assad government, “disinfecting a fighter’s wound or even supplying painkillers to clinics in an insurgent-held neighborhood” is a punishable offense. Several healthcare workers have been detained, tortured and have thus fled the country due to the fear of the government. Additionally, the authority is infamous for bombing hospitals and delaying help to rebel-held areas that experienced a polio outbreak in 2013. Iran, which has recorded over 80,000 positive cases and facing a severe shortage of medical equipment is suffering terribly due to US sanctions. Despite appeals which have been supported by several European nations, the US has refused to budge.

The fear of the pandemic has led to over 150,000 people returning from Iran to Afghanistan, intensifying fear of transmission. The spike in the numbers has put pressure on the refugee camps which already have elevated risks of infection due to proximity. The factor of poor hygiene and sanitation has made quarantine requirements even difficult to achieve. It is the case for all the countries suffering from conflicts. Palestine is also experiencing thousands of Palestinian workers coming back from Israel, many with no guarantee of having been tested. While Palestine has not yet reported many positive cases, possibly due to Israel imposed a blockade, the lack of healthcare, equipment, poor sanitary conditions and poverty might contribute to the spreading of the virus. The US which has announced $5 million aid to Palestine is one of the factors behind the latter’s worsening situation, having cut down virtually all support to Palestine aid projects, including to the East Jerusalem hospitals in order to “strengthen his negotiating hand”.

The Play of External Powers

Meanwhile, international players such as Russia and Turkey who have agreed to a ceasefire are using the pandemic as a political currency. As reported by Reuters, on April 20, Turkish President Tayyip Erdogan accused the Syrian government of heightening violence in Idlib and warned that Syria would suffer losses. The Autonomous Administration of North and East Syria (AANES) reported that Turkey is using the “distraction caused by the pandemic” to threaten military strikes and invade further into northeast Syria. The short-lived ceasefire between the Yemeni government and the Houthi rebels ended with Saudi Arabia intercepting ballistic missiles over the country and responding by targeting Houthis in Sanaa.

At a time when powers such as the US and Russia should use health as a bridge to peace and promote cooperation to prevent conflict, they are blocking efforts by the UN to implement a global ceasefire. The US and Russia are concerned that the ceasefire would constrain their counterterrorism operations in the Middle East and elsewhere.

Engaging with the Reality

Testing for the virus is a challenge in the conflict areas that are experiencing an extreme shortage of healthcare workers and testing kits. The dependence of certain areas on external authorities as in the case of Palestine to get even the essential supplies has made them vulnerable. Others such as Afghanistan, Iraq, Syria and Yemen are at the mercy of the ceasefire and decision of outside players who refuse to put the conflict on hold for their military motives.

Without enhanced funding and global ceasefire, there is a low probability that the states plagued by conflict would be able to meet the healthcare demands of the situation. A global ceasefire would be a crucial step towards restoring faith in humanity and enhance the legitimacy of those who are there for counterterrorism operations. However, given the inherent vulnerability of the international structure and the complicated political reality of the countries, the present looks grim for the conflict plagued countries.