Diplomatist > Asia > Home Featured > What Does The Coronavirus Mean for China’s Foreign Policy?

What Does The Coronavirus Mean for China’s Foreign Policy? 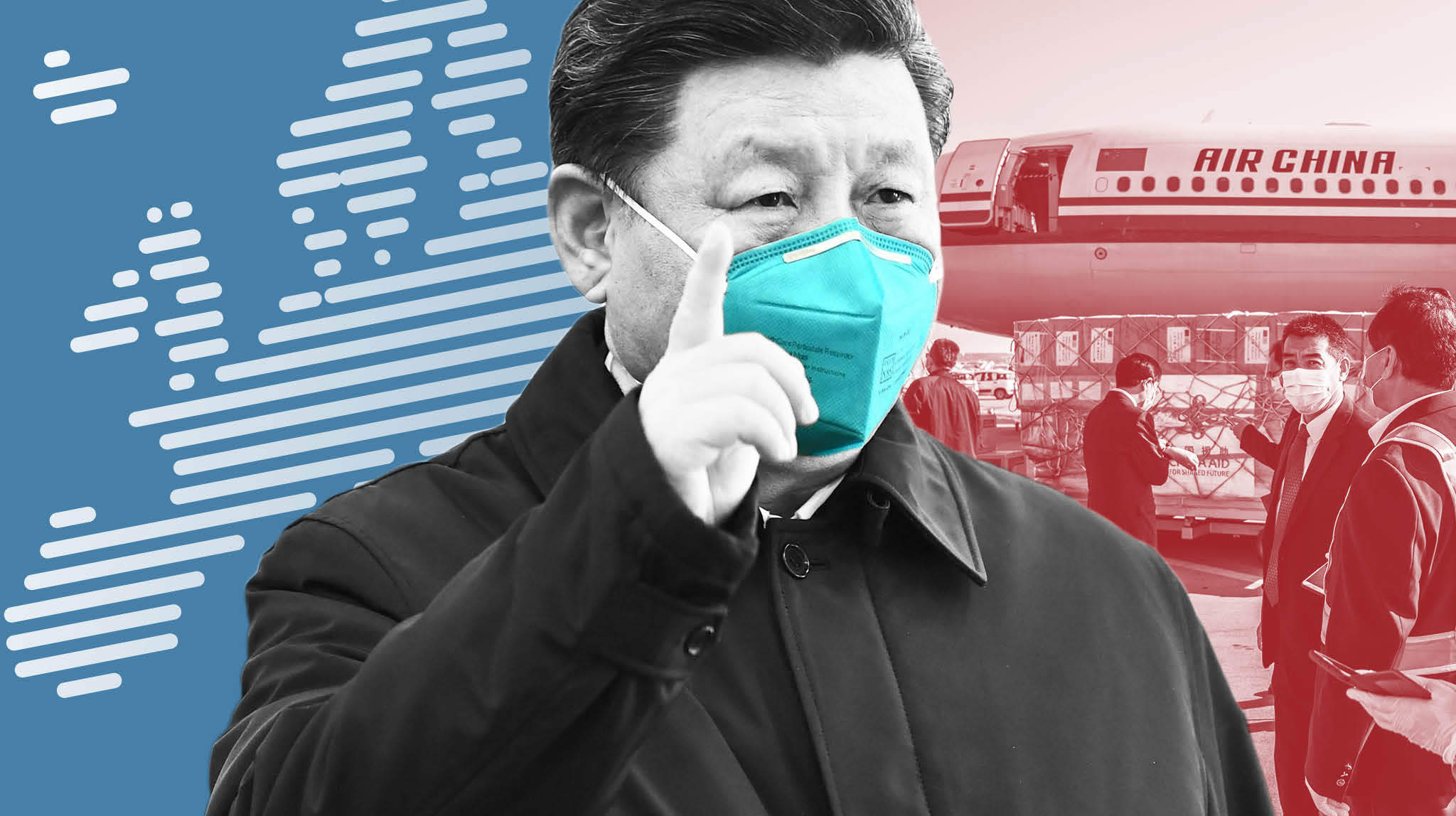 A crisis is generally a trigger for radical changes in the dynamics of the balance of power in international politics. Yet history tells us that such changes take shape rather in the long term than it is expected in the heat of the moment unless there is a major war. China’s diplomatic approach during the Covid19 reflects a flawed understanding of such a lesson from history. While the Covid19 crisis that has engulfed the whole world will certainly bring about changes in the economy, the balance of power and soft power, the question of whether it is the right opportunity for China to seize the responsibility of a major power is something that divides Chinese views and the rest. Chinese leaders and opinion-makers would have us believe that it’s the right time for China to assume such a role for three reasons. One, China has gained enough material capacity to deliver as a major power; secondly, the west, meaning the USA, is unable to play that role any more, and finally, China represents a morally superior and benign power that works with all country towards achieving a ‘community of shared future’, unlike the United States.

To understand Chinese views, we must understand the context. There are three broad points that can be made to grasp the geopolitical and geo-economic environment. One, the geopolitical contest between China and the United States has intensified in recent years that cannot seemingly be reversed and is likely to get more complex in the near future. In other words, it can be said that the era of cooperation that both countries have seen since China’s reform and opening-up is over in all realms. Secondly, the institutions of global governance are no longer able to provide channels of cooperation even during the crisis, unlike in previous decades. Instead, it is likely that a confrontational relationship between the two will erode the smooth functioning further as it is already evident in the case of the World Health Organization and the failure of the United Nations Security Council to come with a collective response. Finally, China’s domestic economy has seen a gradual decline in growth in recent years, and is likely to grow at a slower rate more so due to the effects of the Covid19. In addition to that, the Belt and Road Initiative, the emblematic project of its global leadership, has also experienced hiccups in recent years. A number of countries have renegotiated some of the projects amid local resistance likely to lead towards downsizing its ambitions to an extent.

Motives of Chinese Diplomacy during the COVID-19

The Covid19 has forced the world to a pause leading to the disruption of production, and supply chains throughout the world that is affecting every country in varying degrees. But it affects China domestically more than other major countries politically. The Communist Party of China’s legitimacy relies on its performance on delivering economic growth and good governance. Apart from this, its global ambitions are intricately tied with domestic nationalism. The response, both popular and government, to an article “China is Real Sick Man of Asia” by Walter Russell Mead reflects that its domestic politics and global ambitions are tied together. In other words, nationalist feelings are deeply related to its apparent rise as a major power that is grounded in historical developments since the late nineteenth century. Therefore, one must not rubbish away every expression of nationalist feeling just as an instance of sheer propaganda by the Chinese state. Nonetheless, its expressions are chauvinistic and racist as any other nationalist response could be with serious consequences for China’s diplomacy as it punctuates its claim of a power that would work on the basis of win-win cooperation and moral power rather than hard military power. It is especially so with regard to the developing world. A nuanced observation of China’s diplomacy under Xi Jinping reveals that it has emphasised on the idea of a ‘community of shared future/destiny’ with a developing world that is slightly different from ‘a community of shared interests’ with developed countries of Western Europe and the USA. This reflects its desire to win friends that can be transformed into alliances in the long-term. Such a normative push underlies the emblematic project of its global leadership, the Belt and Road Initiatives. The COVID-19, as well as ultra-nationalist response, may likely punctuate its normative push in this regard.

As a result, China’s diplomacy is geared to push back and reduce the damages that the Covid19 is likely to have. The focus of its information war as part of diplomacy is to highlight failures of the European Union, and the United States that led to helplessness among countries like Italy and Serbia among others at the same time touting success in containing the virus at home. Both, the EU and the USA failed to respond to Italy’s cry for help when the crisis gripped the country. Serbian Prime Minister openly stated that China is the only saviour of his country. Coincidently, these are the countries that China has attempted to woo to join the BRI. Italy singed up the project not so long ago while its attempt to woo Eastern European countries especially through a mechanism like 17+1 arrangement has rattled geopolitical concerns in Europe.

Will it achieve its Objectives so easily?

But will China be successful in its attempts to seize the opportunity? While it is a complex question that has no clear cut answer, it may be rather difficult and hence unsuccessful attempt. The foremost reason is that the economic disruptions across the world will not only affect its domestic economic prospectus, it will also impact the BRI and its economic viability in the near future. There is a real danger of industry movies in other countries as a result of the simmering trade war with the USA but also because of policies of individual countries. Japan has announced a more than two billion stimulus to help its companies move production out of China, India has restricted Chinese investment, and the supply chain disruptions have affected the financial viability of the projects under the BRI in many countries due to restrictions on the travel of labour, as the projects involve Chinese labour in large part and economic activities. In addition, one cannot forget that China’s inability to control the virus in its initial phase cannot easily be made to forget. All in all, it seems that the economic and ideological/normative fall out of the COVID-19 is likely to put brake, practically, on China’s grandeur ambitions as of now.