COVID-19: Repercussions for BRI and China 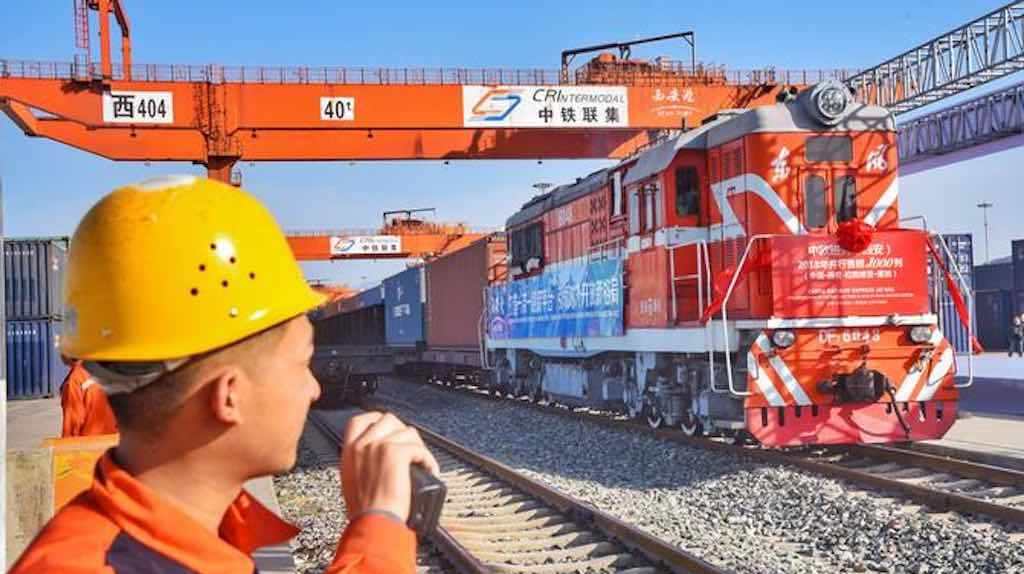 The Annals of Ancient History talk about the Chinese ‘Silk Road’ (c.200 B.C) as the founding rung in the concept of Trade diplomacy. Unfortunately, when history talks of the great Chinese Silk Road, it also talks about how traders from Europe and Central Asia carried with them the dastardly Bubonic Plague; one that resulted from cross-cultural interactions among dense networks of trade and travel, and ravished everyone in its path.

Today, under Chinese President Xi Jinping, an advanced version of this concept, often termed as the 21st-Century ‘New Silk Road’, is becoming the focal point of the country’s geopolitical and economic approach to the world. Introduced by the Chinese President Xi Jinping on his visit to Kazakhstan in 2013, the New Silk Road, more popularly known as the “Belt and Road Initiative (BRI)”, aims to connect Asia, Europe, Africa, the Middle East and the Americas via road-rail-water networks, with China at the geo-economic centre of the connectivity. Since its inception, the Xi government has had but one major goal – to create mutual benefit for all in the “neighbourhood;” to create a collective economic boom in the region, with the flagship BRI at its heart.

But with the onslaught of the COVID-19 Pandemic, things look dicey for the BRI Project in the grand scheme of things. While President Jinping has been using the same logistical outposts and trade lines that carried the novel Coronavirus across the region to supply medical aid and become a healthcare giant, an atmosphere of mistrust towards China and its BRI is being stirred already. At the same time, the economic slowdown in various countries with China as their largest trading partner has led to economic difficulties for the country. Here, the questions to be asked are, when this is all over, what will the condition of the BRI be like? Will countries continue to invest in the project? Will China emerge out of this Pandemic as the World leader, or will suffer a blow to its great aspirations? The answers are complex, and definitely not easy to find out.

The World Reacts to the ‘China Virus’

As the outbreak of the novel Coronavirus has led to impositions of stringent lockdowns, trade and border shutdowns, travel restrictions and various national/ international emergencies (as can be seen in countries like Hungary and Philippines), there is a growing disregard for the narrative of ‘globalisation’. The charade against the ‘Global Village’, which is primarily being fuelled by the populist and nationalist tendencies of the American President Donald Trump, is yielding negative consequences for a China that has built itself on the foundations of trade diplomacy and global connectivity.

The laggard attitude of Europe and the U.S in tackling the spread of the Coronavirus, and the consequently convoluted situation that has emerged across the two continents, is another bad news for China. In 2019 alone, China exported more than $450 million worth of items to the United States. But the staggering consumer markets and stock indices across both continents essentially mean that China will face major losses in some of its largest export markets. While the world craves for medical supplies from China at the moment, this form of trade is only temporary and it would take years for China’s financial distresses, added on to by its internal Coronavirus expenditures, to return back to lucidity.

What it means for the Belt and Road

With the disruptions in the global manufacturing and labour supply chains, the massively labour-dependant Belt and Road is set to face unprecedented vagaries. It is widely-known that BRI projects around the world depended on funding and raw materials from China, and there is no local ingredient in the recipe for the BRI that could spice things up in the absence of the former. For the success of the BRI, the availability of a labour market was a critical tool. Now that migrant workers from China have been barred from entry in more than 100 countries, many of them being Belt and Road allies, the circumstance of the project across the region and beyond is flailing. This could mean that as long as workers are unable to return to foreign building sites, the projects are under threat of languishing, or stopping completely (as can be witnessed in the case of the China-Pakistan Economic Corridor or CPEC, Cambodia’s Sihanoukville Special Economic Zone, a high-speed rail project in Indonesia, and many more).

The cases of Iran, Italy and South Korea, the three countries that spun out of control owing to COVID-19, are yet to be discussed in the context of the BRI. After Greece, Italy is the most indebted nation in Europe, and Iran has faced major economic challenges after US sanctions. Their economic woes have been added on to by the Coronavirus recession. In such a scenario, it is difficult to say that Italy, Iran and South Korea would be able to contribute to the BRI any longer – but time will tell.

China has been requesting countries like Pakistan, Sri Lanka and other such Pacific Island nations to ease their travel restrictions for Chinese BRI workers. However, developing countries that were hanging on to China for patronage and support now face a dilemma – whether to tackle aggressively against China and the Coronavirus or to keep it on the low and continue seeking China’s support. Needless to say, countries such as Pakistan, Sri Lanka, Myanmar and Thailand, which are now bracing for a recession amidst the COVID-19 economic slump, would have to be written-off on their debts to China, or have their loans restructured. Even the African economy, which has reported a negligible number of cases but is heavily dependant on Chinese infrastructural support, could be affected drastically. On the other hand, it may open up new markets for Chinese investments in the post-Pandemic world, now that markets across the globe have come to a standstill and will soon be looking for a renewal.

The Way Forward for China

China has been toeing the line by attempting to become a helping hand. The many trains that are still functional along lines of communication in the BRI are being utilised by the Chinese Government to supply medical aid to Corona-ravaged nations. For example, a train from Yiwu in East China left for Spain on the 21st of March, 2020, filled with over 700 protective suits and 1,10,000 medical masks (Shepard, Forbes, 2020). Health diplomacy could certainly be a critical link for China to connect what was to what can be, and the “Health Silk Road” can be seen as a move in the right direction.

China can consider restricting BRI projects to a fewer nations while saving its larger investments for countries that claim to be close allies of China (while being parasitic to its aid) but may react differently once the Pandemic halts. A changed BRI must also mean that it should transition from being China-centric to becoming a community project, with all member states investing in it. Perhaps, streamlining the definition, policies and motives of the BRI into a White paper may help China in this regard.

The world we are living in today lies in deep waters. With the COVID-19 Pandemic infesting every balcony debate and every scholarly article, it is of wider importance to assess China’s ultimate geostrategic motives in the region and in the world, and whether BRI is something that the world will be ready to accept once this is all over. The deliberate birthing of the novel coronavirus by China isn’t the only conspiracy theory the great “Communist” nation has been lately caught in – from the widely-debated cybersecurity implications of installing 5G Huawei network in mobile sets to the ulterior security and political implications of implementing the BRI, China has managed to create a Foreign Policy atmosphere of tension and confusion. However, considering its own massive losses and crumbling ambitions, there is scope for rampant changes in China’s outlook towards its Foreign Policy; changes that may help the nation ease its situation.

China’s success will largely depend on its ability to minimise its own losses and land back on its feet in the disrupted global markets and supply chains while exercising constraints on its ambitions. It will, however, be an interesting endeavour to closely monitor China’s next moves, and how the world responds to them, over time.

Anushka Saxena
Author is a Foreign Policy and International Affairs enthusiast, and her areas of expertise include China studies and Maritime Geopolitics. She is working as a Researcher with the Neighbourhood Studies Centre at the Nepal Institute of International Cooperation and Engagement, and as a Research Supervisor at Alexis Group. She is a student of History at Lady Shri Ram College for Women, Delhi University.
Tags:
China CoronaVirus pandemic COVID-19 Xi Jinping Health Silk Road Belt and Road
Share:
Share this...