COVID-19: A Clash of Faith and Social Distancing 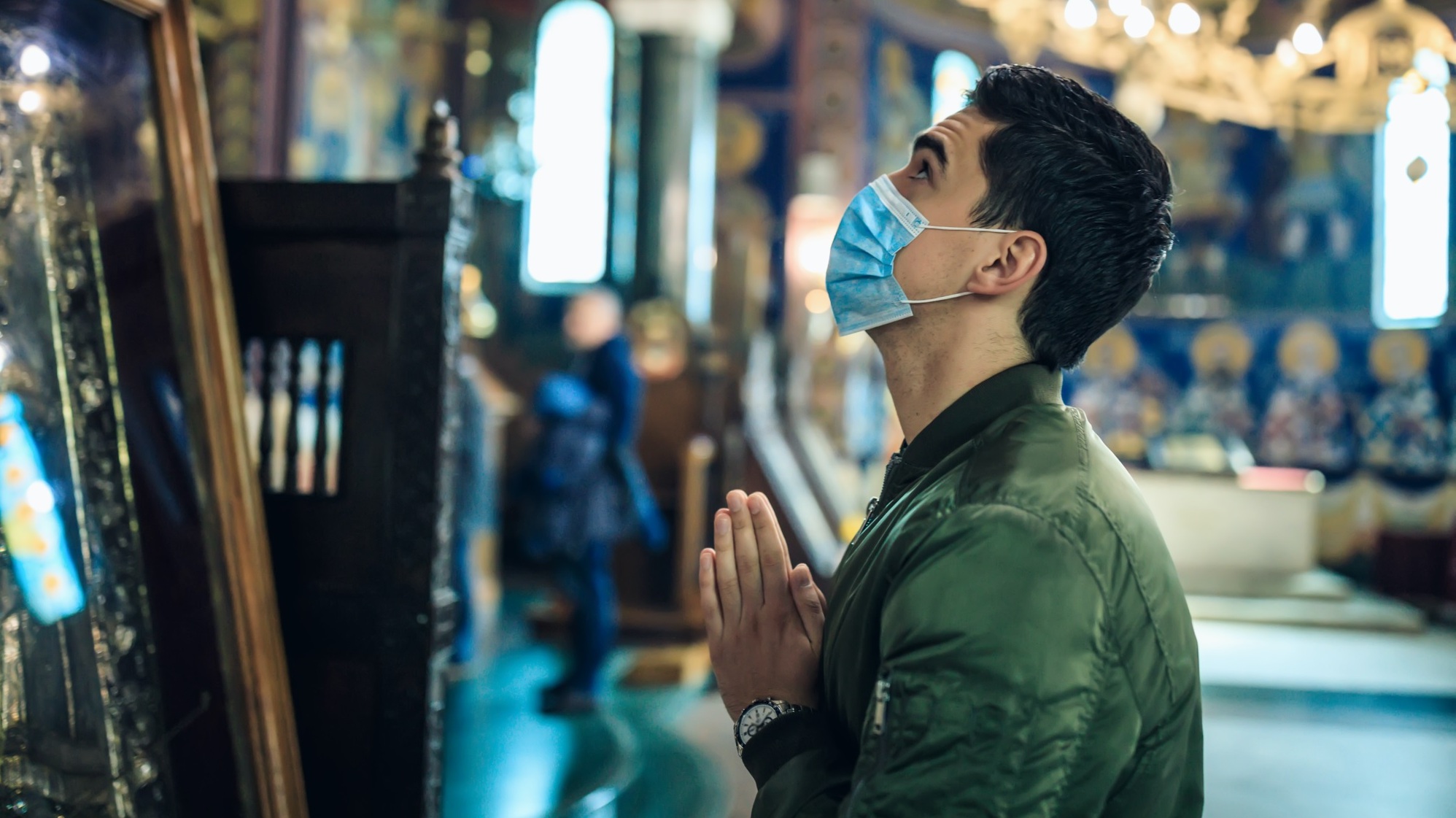 The COVID-19 pandemic is a defining moment in world history which will impact lives greatly — be it the religious aspect or the political and societal aspects it will give birth to new messianic movements as people adjust to new realities. All across the world, people from different religions and faith are claiming the pandemic to be a sign of the apocalypse, and some may already believe it. Contrarily, a few believers are on the verge of losing their faith as they grapple with the primordial “quandary of evil”- how can God let this happen — and find no good rational answer, as some frankly admit.

Religious people often see the pandemic as a divine test and they are right by all means. The COVID-19 pandemic is an onerous test for all religions. However, it is not only a test of their faith, as it has been widely believed but also a test of their rationality as they have to assist the society in saving lives or put them at glaring risk.

At the core of the test lies the clash between the judicious requirements of health and the time-honoured requirements of religion. All medical experts and governments from across the world have largely focused on rational health-conscious behaviour while virtually advising to preferably stay at home. Most religious cultures, however, require bringing the faithful to temples, mosques, synagogues, and churches in socially large gatherings. The people are often asked, which of these principles should come first?

The answer to the discernible question should not be too hard to find, as several religious leaders and communities have done since the beginning of the acute health emergency in late February. The Catholic Church, for example, responded to the deadly pandemic in Italy as early as March by withdrawing all communal church services to coordinate with the measures launched by the Italian authorities. Following this, pictures of Pope Francis were largely shared on international media in which he is praying to a stunningly empty St. Peter’s Square, which is mostly filled with large crowds. He also appealed to the governments of the world to put “people first” and to take all the measures required in the battle against a “viral genocide”.

The authorities of Saudi Arabia, whose response to the pandemic have at times been irrationally fatalistic, took the timely step in early March by shutting down the two holy mosques in Mecca and Medina, which are always filled with worshippers. The stunning photos of the empty Kaaba convinced Muslima around the world that the pandemic is unprecedentedly disastrous. Many Muslim-majority states witnessed the communal prayers getting called off. The call to prayer issued from mosque loudspeakers was re-worded in Kuwait to say, “Pray in your homes.”

Even in Orthodox Jewish circles, rabbis called off synagogue services and reminded their communities, the “Torah obligation to protect the sanctity of life transcends all other considerations,” as Britains’s chief rabbi ordered the Jews. Many Hindu temples like the famous Siddhi Vinayak were closed down in India. In Thailand, one of the worst-hit countries in Southeast Asia, many Buddhist monks began producing face masks from recycled plastic.

There are many religious leaders and communities who have taken rational and responsible actions against the pandemic. However, there are some who have rejected them in the name of faith.

In Florida, Rodney Howard-Browne, the pastor of a large evangelical church defied the state’s public orders for social distancing, claiming that his church is immune to the virus and was “the safest place.” Another case of irrational behaviour was projected by Jerry Falwal Jr., who denied the nationwide response to the deadly pandemic as an “overreaction” and reopened his Liberty University after the spring break. As a result, many students were tested positive for coronavirus. Another thoughtless Christian leader was Majdi Allawi of the Maronite Catholic Church in Lebanon, who reportedly suspended protective measures such as wearing masks and using hand sanitizer saying, “Jesus is my protection”, and “He is my sanitizer.”

Some orthodox Jewish communities have also been heedless. In the New York borough of Brooklyn, some members of the Hasidic community disregarded the government issue of guidelines on social distancing and gathered in masses for celebrations, religious weddings, and funerals as the virus had taken over the city in March. Several members of the communities have shown high rates of coronavirus infection. Additionally, in Israel, some religious leaders resisted the government orders for suspending of yeshivas, where students study religious texts, insisting, “canceling Torah study is more dangerous than corona.” Subsequently, Israel’s ultra-Orthodox, who comprise about 10 percent of the national population, have accounted for half of all Israelis hospitalized for COVID-19 infection.

In the Muslim community, too, there have been disastrously naïve reactions to the pandemic. One of the most devastating and dramatic cases was that of the Tablighi Jamaat, an India-based Sunni missionary movement with about 80 million members around the world. Despite the governments giving warnings repeatedly they gathered in large crowds, first in Kaula Lumpur, Malaysia, and then in New Delhi, eventually proving to be a “super-spreader” of the virus in South and Southeast Asia. The incident made some Hindu nationalists spew religious hatred and blame Muslims for a #coronajihad, which became a trending hashtag on Twitter. Additionally, the incident is similar to the case of the Shincheonji Church of Jesus of South Korea, which also acted as super spreader; however, it was not a malicious conspiracy but was simply a catastrophic carelessness.

In the world of Sunni and Shiite, reasonable precautions have been adopted by most governments, however, belatedly despite resistance from the most dogmatic believers. Iran is one of the worst pandemic-hit countries. When the authorities finally banned people from Shiite shrines, furious crowds stormed them. In Pakistan, most faith holders refused to limit mosque gatherings and police officers who tried to disperse crowds from Friday prayers were pelted with stones by the enraged worshippers.

The religious groups who are failing the COVID-19 test come from a diversified traditional background, but have one thing in common: They choose their rigid subjective interpretation of faith over the objective and rational requirements of science and health. They blindly believe that, even if there is something catastrophic an invisible supreme being will somehow protect them.

If this kind of irrational religious behaviour is not checked, the coronavirus pandemic may instigate a secular moment, as the Turkish academic Gokhan Bacik already foresees in the Muslim world.

To avoid consequential catastrophic devastation of the worldview, religious leaders around the world must come up and act responsibly to contribute to the battle against COVID-19. Finally, this requires following the rational mandates of science, while offering faith as a source of strength and unity- not as a substitute, but a supplement to reason.

1 reply on “COVID-19: A Clash of Faith and Social Distancing”