COVID-19 and the U.S. Presidential Election 2020: The Shape of Things to Come 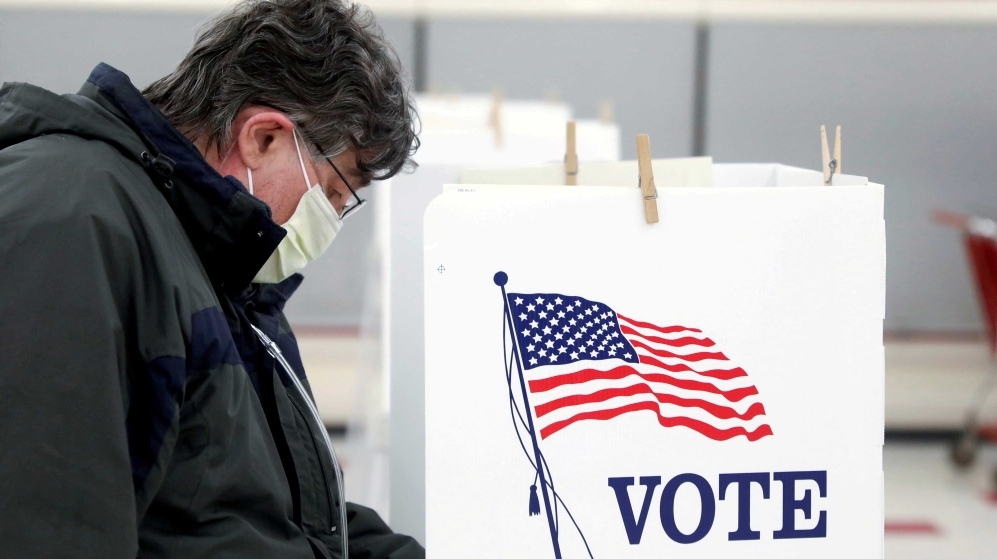 The United States became the ground zero of the COVID-19 pandemic, while the nomination race for the presidential candidate in the Democratic Party reached its climax, with former Vice President Joe Biden, almost destined to clinch victory. As the sitting American President, Donald Trump received an all-round flake for inefficient and ineffective handling of the crisis, the rising infections and death tolls in the country, pushed certain states to postpone primaries and others to reconsider the means of conducting them. No amount of campaign strategies could have truly prepared the stakeholders for the consequences of such a crisis, a real black swan moment. The outcome of the Democratic nomination race remains more or sealed, with Bernie Sander’s withdrawal. Moreover, Sander subsequently supported Biden’s candidature; followed by former President Barack Obama backing his former running mate. However, the prevailing circumstances present uncertain challenges for the campaign ahead on both parties, and on the ways and means to conduct the national votes come November. A number of questions, pertaining to the technicalities of elections have come up, which will be fundamentally significant for the U.S. electoral process and outcome. Can the elections occur as scheduled? How will states conduct the remaining primaries in the times of social distancing? Moreover, how are the partisan forces influencing the election season?

The first Tuesday after November 1 has always been the day of the presidential election, falling on November 3 this year. There has never been any diversion from this date, including the election year of 1920 (the aftermath of World War I) and 1944 (during World War II). Neither the federal nor the state governments have the power to change this rule arbitrarily. The U.S. Congress needs to pass an Act for this to change. However, primaries are not bound by the same rigid rules. COVID-19 has unleashed a public health crisis of gigantic proportions, leading to the postponement of upcoming primary elections in many states. The disruption to the Democratic primary calendar has pushed back the national convention from July to August when the party officially announces its nominee. At this juncture, the remaining primaries will hardly be of any consequence apart from the technicalities of the process, as the Democratic establishment will get behind Biden’s campaign for the White House, and all eyes will be rather on, who the presumptive presidential nominee chooses as his Vice Presidential candidate. The choice will be significant because not only he has promised to pick a female candidate as his running mate, but also in terms of the math, as to how the choice, will affect Biden’s chances at beating the incumbent Trump.

One of the biggest challenges is to conduct the remaining primaries. Due to the outbreak, voters standing in queues, entering closed ballot booths, and coming in contact with election workers/fellow voters is a pandemic nightmare. Absentee ballot or vote by mail is being considered as the most feasible option for conducting the remaining primaries. According to this voting process, the voter would receive the absentee ballot from the local authorities and would be required to mail the ballot back by the stipulated deadline. This option not only safeguards the health of the citizens and elected officials but also puts the election calendar back on track and boasts higher voter turnout. Nevertheless, voting by mail faces a tough road ahead.

Firstly, there are only five states that conduct all their elections through a vote by mail i.e. Utah, Hawaii, Washington, Oregon and Colorado. The other states have different rules on the absentee ballot as some states require a reason from the voter. The states would need to expand the interpretation of these laws or change them through legislative means within the election season for successfully practising this option. Secondly, due to the sparse practice of vote by mail, many states are not logistically prepared. Contingency plans for guiding local authorities need to be in place, especially when many states are looking at expanding voting by mail.

The US Postal Service (USPS) is a key player in executing these plans. However, due to underfunding of USPS by the U.S. Congress and the looming plausibility of running out of funds by June, could create a financial and electoral crisis. Thirdly, vote by mail faces the issue of disqualified votes. Ballots, which reach past deadline, have incomplete information and clerical mistakes by election officials can lead to disqualification. Moreover, the disqualification of votes increases the possibility of lawsuits, especially in cases where the election process is at fault. In the past, major vote-counting disputes have revolved around the absentee ballot. During these polarized times in the US, a dispute over vote count amidst a pandemic could create undesirable roadblocks.

The difference of opinion over vote by mail between President Trump and the Democratic Party leaders has added fresh tensions. According to Democrats, election officials and health experts, absentee ballot is the best option in the current scenario. However, President Trump and Republican leaders have rallied against this form of voting on the grounds of electoral security, electoral integrity, vote count defaults and voter fraud. The Republican Party has deemed this voting option as a partisan issue that would benefit the Democratic Party. President Trump has warned his party that Republicans would never be elected again if a vote by mail is adopted by states. He has also strongly advised leaders to avoid intervening in the voting laws of states. The battle over the recent Wisconsin primaries paints a possibility of heightened legal partisan battles in the coming days. Democrats in the state of Texas have already filed a suit against the state claiming that restrictions over a vote by mail are unconstitutional in nature.

The assumption of vote by mail favouring the Democratic Party is incorrect though. In the past, states that conduct all their elections through vote by mail have elected Republican governments. For example, Utah has been sending absentee ballots to its citizens and has elected Republicans at various government capacities. But the root of this assumption lies in the increased voter turnout. According to surveys, non-voters have been favouring Democratic Party. As non-voters mainly encompass of younger demographic, their liberal views have leaned towards the former. Expanding vote by mail in the 50 states automatically increases the chances of more people voting at the comfort of their home. As for voter fraud being an issue, way before the pandemic, Americans have been practising vote by mail every year. Various studies have shown that voter fraud barely exists in the country. Furthermore, electoral security can be assured through extra federal and state arrangements.

There have been a number of controversial U.S. presidential elections in the recent past, either due to procedural issues or as in the last one, over allegations of foreign interference. However, this time, the U.S. presidential elections will pass through and the aftermath of a pandemic, that has redefined the very meaning of uncertainty. How will the prevailing circumstances and the ones likely to come, test the resilience and flexibility of the U.S. political system in general, and more particularly the country’s electoral process? Will COVID-19 ease or further deepen the growing political polarization in the U.S.? How will the public health crisis, the lockdowns and social distancing requirements affect the chances of the incumbent and the challenger? These are questions, worth pondering, as the dynamism of the U.S. electoral politics undergoes hitherto unseen and unexperienced realities.