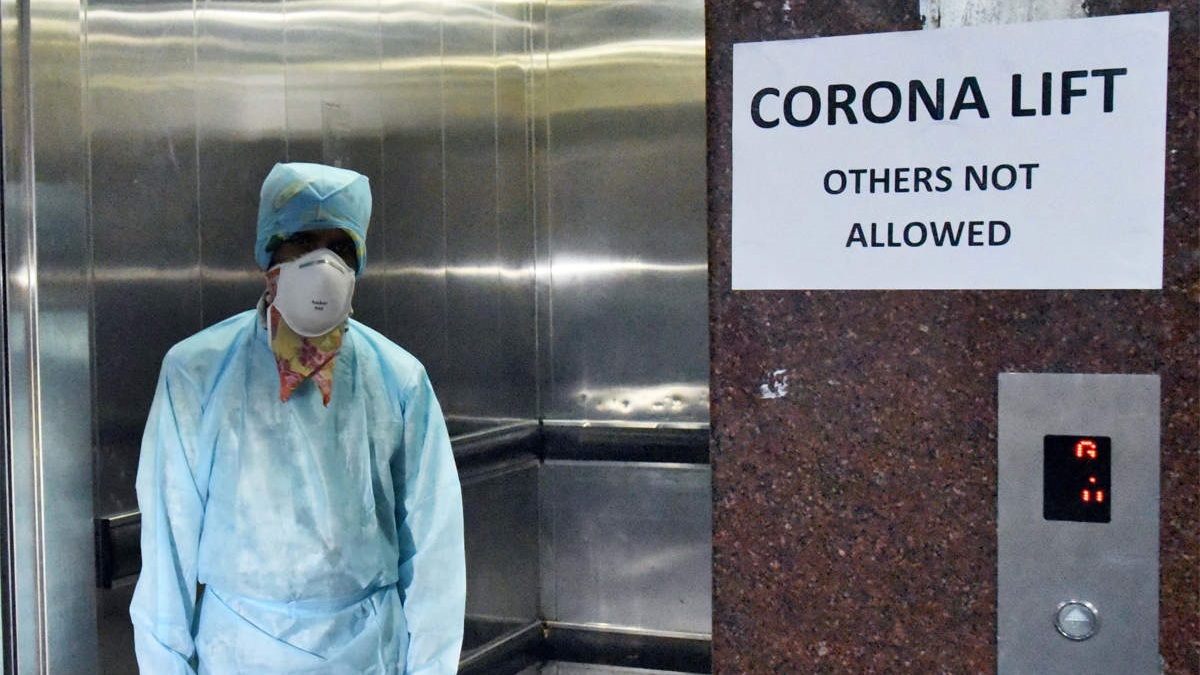 At a time when world leaders need to come together to conquer this black swan event of the 21st century, a meaningless avalanche of misinformation and blame game is undermining the fight against the COVID-19 pandemic. It is fostering a climate of fear and distrust among people in a globalised world that should be co-operating with resources and expertise. With untold suffering across the world, this really is no time to indulge in an international tug a war for power.

The art of propaganda has been a tool of international powerplay since ancient times. Venerated thinkers on strategies of statecraft such as Chanakya, (350-275 BCE0, Lao Tzu (6th Century BC) and Machiavelli (16th Century) were advocates of waging ‘silent/clandestine war’ or ‘Gudayuddha’ against their adversaries. In their foresight, they recognised the psychological, economic, and social power of fake news.  With countries forging greater links through trade and cultural exchange, wars for supremacy and power dynamics brought maturity into this thinking during the early years of the 20th century. With the broadening of universal suffrage, opinions of ordinary people became more important than ever; therefore, the need to control it greater. From the proliferation of media (radio & newspapers) at that time; to rapid globalization with digitization now, has made conditions ideal for the deliberate shaping of public opinion.

Attitudes towards propaganda in international relations were shaped in the years during and after the First World War, with states’ putting effort into building international support, and for justification of their actions. They devoted massive resources and effort to produce some really powerful information to sell their side of the story and mobilise the support of their citizens.

Fake news as we know it is one aspect of propaganda created to either spread misinformation about an opponent or draw attention away from things that really matter. In a COVID confused world, arresting the spread of fake news has become as important as the spread of the virus itself. As per the World Health Organization (WHO), there has been an ‘infodemic’ of misinformation during this international health crisis. Antonio Guterres, Secretary-General, UN, tweeted, “Our common enemy is #COVID19, but our enemy is also an “infodemic” of misinformation. To overcome the #coronavirus, we need to urgently promote facts & science, hope and solidarity over despair and division”.

The internet has been brimming with conspiracy theories about the Corona Virus, a number of it promoted by countries attempting to hide their failures in the wake of the pandemic. One of the most radical ideas being discussed is the theory about the origin of the virus, and that it could be a bio-weapon. While the US President Trump calls it the ‘Chinese Virus’, the Chinese are pushing the propaganda that it is an American disease introduced to Wuhan through members of the US Army who travelled there in October of 2019. This accusation was proliferated on China’s tightly controlled social media. Some widely shared posts on Instagram also suggest that the virus was planned by Bill Gates to benefit US pharmaceutical companies.

The United States is often the target of propaganda efforts of the Chinese. Last year, Beijing had been very explicit in accusing the US government of supporting public protests in Hong Kong. The Communist Party publicised this as America’s effort to weaken its rule in HK.

In early March, residents of Alabama, in the US, were frightened by stories shared through Facebook and text messages about helicopters secretly flying in sick patients infected by a deadly virus the Chinese had grown in a lab. The anxiety was heightened by the belief that it was either the media or the government that were lying about the facts. In Iran, pro-government voices portrayed the disease as a western plot against the Muslim world. The President of Iran, Hassan Rohani made a declaration that “our enemies want to shut down Iran through fear of the coronavirus. This is a plot by our enemies, and we mustn’t let them succeed.” A Tunisian cleric Bechir Ben Hassan, propagated that Allah punished the Chinese with Corona Virus, and likened it to a soldier in Allah’s army who avenged the Chinese siege on a million Uighur Muslims.

Dr. Francis Boyle, a professor of international law at the University of Illinois College of Law, believes that the virus is possibly an offensive and lethal biological warfare weapon. According to him, this is the reason why Beijing desperately tried to cover it up and now is using drastic measures to rein it in. The BSL-4 lab in Wuhan is known to be a specially designated World Health Organization (WHO) research lab and Dr. Boyle has contended that this bio-warfare was in full knowledge of the WHO.

President Nicholas Maduro of Venezuela and outlets backed by the Russian government have also been suggesting that the virus may be an American bioweapon against China to undermine Chinese economic growth. Taking the cake, though, have been the online rumours about a connection between the Corona Virus and 5G. The disease is said to have originated from the wet market in Wuhan, China, in November 2019 at the same time as China turned on some of its 5G networks. As per this theory, radio waves sent out by 5G towers are causing micro-changes in human bodies making them more susceptible to the virus. Researchers say that this misinformation about Corona Virus and 5G has all the characteristics of a coordinated disinformation campaign.

Marc Owen Jones, a researcher specializing in online disinformation networks, at Hamad bin Khalifa University in Qatar, analysed 22,000 topical interactions on Twitter mentioning ‘corona’ and “5G”. He discovered a large number of accounts exhibiting what he termed “inauthentic activity.” To him, the design bears the stamp of a state-backed coordinated campaign and bot accounts involved. The research uses artificial intelligence and big data analysing the use of language, patterns of communication, the volume of posts and bot activity to distinguish social media posts that attempt to manipulate online conversations.

The World Health Organization (WHO) Chief Tedros Adhanom Ghebreyesus said last week, “the COVID-19 pandemic should not be politicised as unity is the only option to defeat the disease”. He reminded that the United States and the former Soviet Union had successfully come together in the Cold War era to work on eradicating smallpox. “Now the United States and China should come together and fight this dangerous enemy”, he advised, “and the rest of the world should come together to fight it”.

While it is an established fact that propaganda can be highly effective at the time of war to destabilize the enemy, it is destabilising humanity in this ‘infodemic’ of misinformation. In this situation, I believe that the role of global co-operation, soft power, and setting aside past differences would be greatly endorsed by Chanakya, who said that for a nation, peace can be achieved through careful manipulation of a nation’s power and a “king who understands the true role of diplomacy conquers the whole world”.