International Monetary Fund Loan to Pakistan; Boon or a Bane? 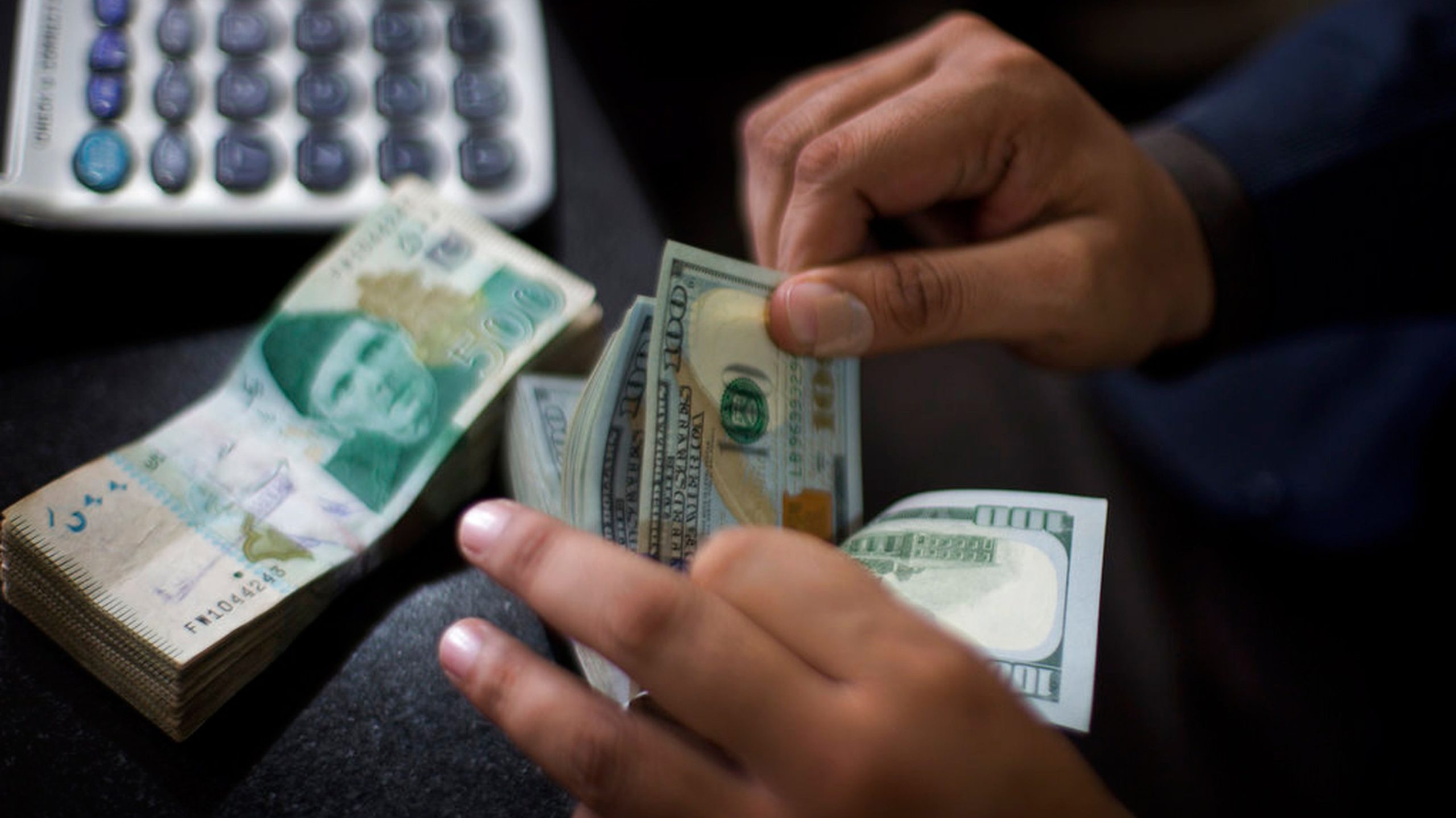 Presently, COVID-19 also known as Coronavirus, a pandemic threatens the fragility of our globalised society. The pandemic that knows no borders is spreading throughout the world like wildfire. It is disrupting millions of lives in South Asia. The state of emergency that has been further enacted by almost all the states questions the human right as the countries are being locked down both domestically as well as on international grounds in order to help stop the further spread of the virus. Lockdown is harshest to the poor. Moreover, this state of isolation affects the global market of all the existing sectors, especially tourism and hospitality, people are requested to work from home, the private enterprises are adversely hit which indirectly affects the economy of the nation. On this account, the economy has over lapsed. Economic growth in South Asia is projected between 1.8 and 2.8 percent in 2020 potentially the lowest in 40 years and in the worst-case scenario, South Asia’s economy could even shrink. COVID-19 will hit all South Asian countries triggering a recession in some that could linger into 2021. The pandemic will exacerbate weaknesses in financial markets especially of public banks. But public banks can also be part of the solution, by lending more and reaching out to vulnerable groups. To recover, South Asia needs to contain the pandemic with timely and firm action. Nevertheless, a country like Brazil refuses to lock down the state, claiming that, people dying is a normal phase and happens on day to day basis and every minute, whereas the economy of a country should not cease.

Of course, the majority of countries which are affected by this pandemic like China, European countries and the US are exceptional in this case as they have secured advanced health care systems with an abundance of resources to meet the challenges posed by the pandemic. Unfortunately, the same cannot be said for the developing countries having a large majority. Therefore, countries like Pakistan are on the verge of seeking financial assistance from the International Monetary Fund (IMF). A country like Pakistan is seen to be most affected as majority of their citizens are under below poverty line and the lack of education of the masses makes it rigid for the government to educate them about the dangers and risks of this pandemic and health-related issues and to promote proper hygiene and keeping them indoor, added the never-ending religion extremisms creates havoc.

Rising debts of Pakistan limits the capacity to provide better health care facilities and guarantee basic human rights to the citizens and food security is the growing concern especially to the poor. COVID-19 forces Pakistan to ask for more loans from the IMF. Lockdown is seen over the world which threatens the workforce which needs to be protected by the government at an exceptional cost. Such efforts to safeguard the lives of the citizens as well as their livelihood does not only require money but added investment to improve social protection and healthcare facilities and provide financial assistance to the needy. Also, the pandemic exposed the depleted conditions of the public sector and government of Pakistan, where the whole world was seen paying gratitude towards the doctors and medical workers for their tireless duty, whereas Pakistan at this case was seen brutally abusing the doctors by the policemen while asking for the required medical equipments from the government.

The UN has further declared that this pandemic is beyond devastating than the Second World War as it has terrorized the entire world and the only weapon used behind it is solely the virus with no cure visible. The Bretton Woods institutions are the result of the post Second World War period in order to rebuild the affected nations by providing them financial assistance. Hence, when the UN has declared the COVID-19 pandemic as greater damage to the world rather than the Second World War, it becomes a necessity for the Bretton Woods institutions to provide financial assistance to the third world.

The IMF is working around the clock, day and night in response to the global economic challenges posed by COVID-19. It stands in supports to the member countries and regards it to be their most important job to safeguard them, all the eight South Asian countries being its members. The IMF also supports the ambitions of the G20 action plan on COVID-19 in order to strengthen the measures to stabilise the global economy and pave the way towards quick healing and recovery. The IMF financial assistance policies stand in equal support of households, businesses and the financial sector perhaps provides assistance in a form of both mix of liquidity and solvency measures. Liquidity measures include loans or payment deferrals, whereas solvency measures include transfers, payment waivers, and non-refundable goods or services.

Ever since Pakistan came into existence, she has been living off through other’s money. Pakistan was always forced to approach the IMF more than a dozen times since the late 1980s. The IMF programmes have forced extremely difficult reforms on Pakistan and confront it with the choice of ‘perform or perish.’ When Imran Khan assumed the office Pakistan already had a huge amount of Balance of Payments (BOP). Pakistan also showed desperation for the IMF package despite the fact that the Extended Fund Facility (EFF) programme is only for $6 billion over 36 months

Pakistan should learn at the nearest that the IMF loan comes with its own implications, before making further decisions she should revive back her past experiences with the institution and consider the lesson learnt. The previous year the IMF approved a US$6 billion dollar loan to Pakistan. The strict condition to loan implied to Pakistan was that instead of expanding the welfare state, Khan’s government had to impose “shock therapy” austerity measures, to which thousands of Pakistani businesses strike against an increased sales tax. Two weeks later, a secretive World Bank tribunal ordered Pakistan to pay a mining company US$5.8 billion dollars which was nearly as much as the IMF loan in order to resolve an eight-year-long dispute which caused Pakistan because of the decision of a provincial government to backtrack the deal that had been offered to a mining firm, allegedly the result of corruption. This penalty of worth billion dollars was due to Pakistan’s failure against two global giants of the mining industry. Antofagasta PLC of Chile and Barrick Gold Corporation of Canada, filed a lawsuit in the World Bank’s Corrupt Investment Arbitration Tribunal for an illegal project Pakistan’s government claimed was never approved or carried, this implied that the state of global economic governance is broken as the arm of the development pillar of the Bretton Woods system require a country in crisis add more to their miseries. The IMF programmes also risk the women of Pakistan by pushing them back into poverty and informal working line as the UN held Pakistan to account for the IMF programme impacts on women a previous year, and the UN committee showed major concern about the devastating impacts of IMF Pakistan targets. The IMF has also listed Pakistan’s “continuing anti-money laundering and combating the financing of terrorism efforts” as one of the priority areas of the structural reforms agenda. This priority area is directly linked with the Financial Action Task Force (FATF) commitments of Pakistan. Pakistan was hence forced to fulfill its commitments before the IMF gave a single dollar.

Kristalina Georgieva, Managing Director of the International Monetary  Fund stated that the IMF has reformed the efforts to address Pakistan’s economic challenges, to meet the needs of the outbreak of the devastating pandemic. Prime Minister Imran Khan has approved an economic stimulus package aimed at containing the spread of the virus and provide financial support to the affected families and businesses. The government of Pakistan has requested financial assistance under the Fund’s Rapid Financial Instrument (RFI). This financing allows the government to address additional and urgent balance of payments, needs and support policies that would make it possible to direct funds swiftly to Pakistan’s most affected sectors. The IMF have also assured their commitment to the reform policies included in the current arrangement under the Extended Fund Facility (EFF).

The basic focus of this programme in line with previous programmes is stabilisation now and growth later. But history tells us that at the end of these programmes, Pakistan’s average growth rate remained the lowest in South Asia since 1988.