Geo-Politics in the Era of COVID-19 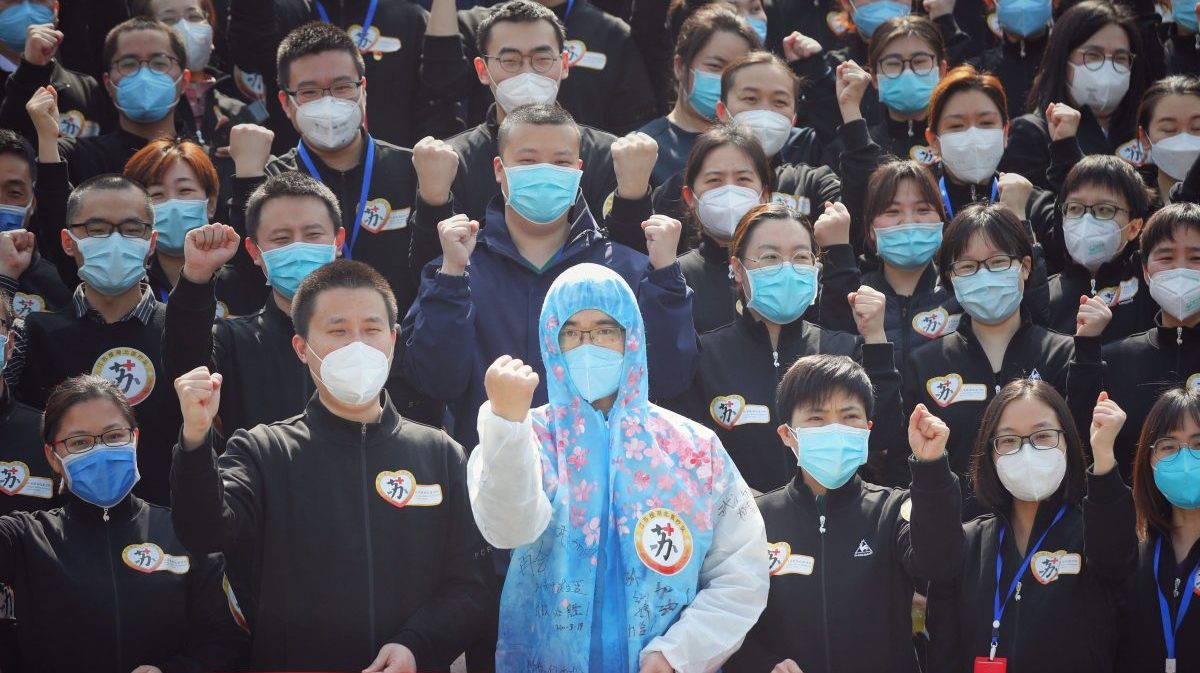 From 1720 to 2020, pandemics have threatened humanity every 100 years from Plague to Coronavirus and answers have been acted upon. Corona Virus Disease 2019 (COVID-19) is not just a global health hazard, its impacts are multifold. It has socio-economic consequences, socio-political detriment, security challenges, global diplomacy provisions and reservations, crisis management dilemma. With all these, the population of the world is keenly watching the political decision-makers of global, middle and small powers. The socio-economic impacts looks devastating while the socio-political situation alarming. The global body is attempting to find a united response. The only global power the US, the second-largest economy Communist China and the Middle powers common approach is addressing the crisis within their borders then associating and cooperating through bilateral assistance, regional and global organizations.

UN Secretary-General said “The new Coronavirus disease is attacking societies at their core, claiming lives and people’s livelihood, pointing out that the potential longer-term effects on the global economy and individual countries are dire.” This reflects the common aim, shared responsibility and global solidarity that the UN claims the path to winning the war but yet to see. It is clear that the international order is facing a moment of crisis and the approach the world will endure at the end of the second decade of the twenty-first century.

Can COVID-19 be contested as a Biological Warfare or yet another disease that humanity invited while striding forward against the will of nature? What will the Pandemic result in and what will it bring to an end?

Risk of the Pandemic and Power Contention

As the world is battling the COVID-19 Coronavirus pandemic more than one-third of the population is now in lockdown. US President tweeted Coronavirus as being “China Virus” when Secretary of State Mike Pompeo stressed as being “Wuhan Virus” since the virus originated from Wuhan, China. UK PM Boris Johnson pulled out of 5G contracts with the Chinese firm Huawei. The Chinese manufactured test products were proved safe by Luxemburg’s Eurofins though they were found contaminated with Coronavirus. Boris is out of the ICU but is undergoing treatment. The general feeling in India and the Swadeshi Jagran Manch has been suspicious and has warned on imports of Chinese products including 5G. On 10th April Chinese spoke person of the UN said that the “question of Kashmir remains high on the Security Council’s agenda” which was slammed as internal matters and its failure to recognize Pakistan’s cross border terrorism in Jammu and Kashmir (J&K). After a repeated ceasefire violation by Pakistan, Indian troops retaliated with precision targeting of Gun Areas, terrorist’s launch pads and ammunition dump in Keran Sector, UT of J&K.  Japan has allocated $2.2 billion of its record economic motivational package to help the companies transfer production out of China as the Coronavirus will disrupt the supply chains. The Chinese initially blamed the US soldiers and later on Italy. Chancellor Angela Merkel calls the fight against Coronavirus pandemic the biggest challenge after World War-II. “The situation is serious. Take it seriously. Not since German reunification, no, not since the Second World War our country faced a challenge that depends so much on our collective solidarity”. US has announced emergency health and humanitarian financial assistance of 274 million US Dollar to 64 most at-risk countries including 2.9 million US Dollars to India to help fight the COVID19. China has announced assistance to 82 countries, World Health Organization (WHO) and the African Union. The Ministry of Foreign Affairs of China announced that the assistance would be disseminated through four channels; government to government assistance, cooperation on health technology, assistance at the sub-national level and non-governmental assistance. The Italian government accused the member states of the European Union of being slow in aiding raising credibility of the set up. The legitimacy of a regional organization like the South Asian Association for Regional Cooperation (SAARC) and others alike will be uncertain if strategic measures and procedures to control COVID-19 do not succeed?

Global governance and discontent is stepping up though the UN has declared the global roadmap to defeat COVID-19, including a new $1 billion trust fund for low and middle-income countries, where the impacts are expected to be far worse. As of 9th April, five developed countries France, Italy, Spain, UK and the US has two-third of the total deaths.

When the WHO was being criticized of their effectiveness; Dr. Tedros Adhanom Ghebreyesus says not to use Coronavirus to score political points by politicizing this virus but instead to come together to beat the disease focusing of saving lives.

In the 1920s, the narrative of the scratch farmers and the loggers in the forests of America inland Pacific Northwest faced an invisible threat and “Trail Smelter Arbitration” is being studies well enough as a foundational case in contemporary international law. The US State Department and the Canadian government agreed to have the question of responsibility, damages and compensation. Two groundbreaking legal principles regarding transboundary harm was announced. First that no country has the right to use or permit the use of its territory to cause injury to the territory of another or properties or persons therein. Second, that a polluting state must pay for the damage caused from relevant polluting activities on its own territory. Ultimately Canada was order to pay reparations to the US.

Ten developed countries are facing 90 percent of the damage when the world is grappling with unprecedented transboundary harm originated in China. Is China under threat and legally responsible if the Trail Smelter case and international law principles established is sustained? The argument that has been raised from corners about Chinese Government’s intention to deliberately hid the information about the contamination. The politicalization is on. The dependency or a diffused supply chain and trust that free trade was to help decrease the probability of war with the establishment of UN post World War-II. The two largest economies of the world i.e. China and the US have trust deficiency and trust now is hard to create, as supply chain was a business dependency and is also a political matter. Is conspiracy on stride taking place for post-COVID-19?

At the end of it all, should South Asians leaders set an example with SAARC and Bay of Bengal Initiative for Multi-Sectoral Technical and Economic Cooperation (BIMSTEC) as a platform to think of a mandatory organised environment 14 days break every year, which will, in fact, assist the sustainable economy, the health of the region and the globe and SAARC/BIMSTEC crisis managing systems as a regional solution? COVID-19 a global emergency has put up doubt of global apparatus of handling global crisis.

Will the state of the world alter? The state of affairs can be in three forms: Prior Coronavirus, relative capabilities post Coronavirus and third, alliance levels and alteration may be converted into inclusion and then put to the empirical test in the years to come with the US and China shaping the future.