COVID 19: Takeaways For The Future World 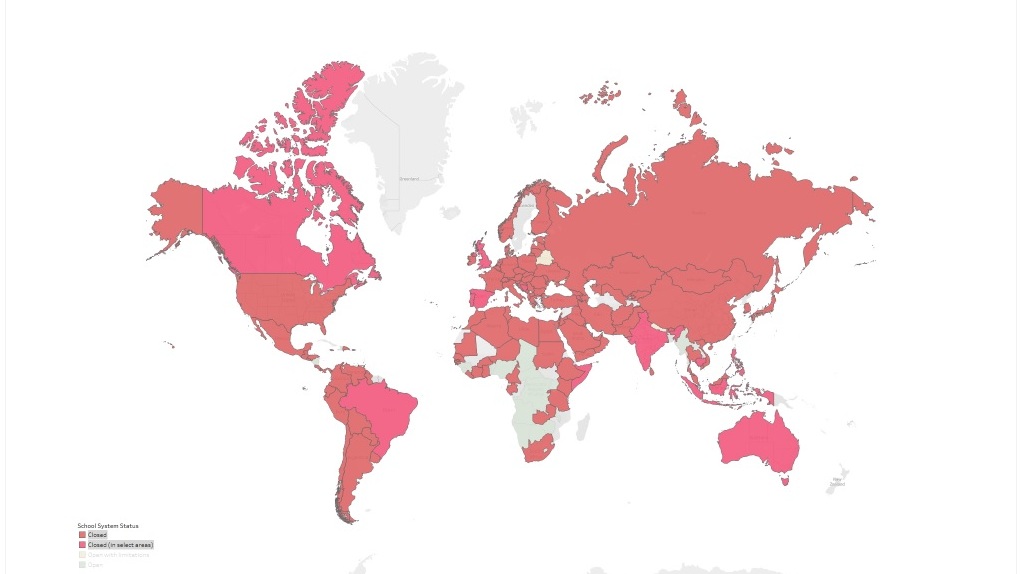 The outbreak of COVID-19 pandemic has not only come as a health crisis, rather it has affected the world in many ways. Some seriously affected areas include economy, health, supply chains, society etc. This outbreak has created specific questions for the many regional organizations in general and for the European Union which was considered as the role model for regional integration and globalization, in particular. European Union is one of the regional organizations which has reached the highest stage of regional integration, wherein the free flow of goods, services, common currency, common constitution, and common parliament have been introduced. However, there is one question which is haunting the world i.e. how the global health system failed to meet the situation created out of the pandemic and why health protection seems helpless? How does a faltering economy ensure economic security?

Until today, COVID-19 has caught the entire world and its cases have been spreading exponentially. Except for a few countries like Cuba, South Korea and China, the rest of the affected countries have not been in a position to counter effectively the expansion of the Coronavirus. Rather, the trends have been showing frightening results. The trends of the same have been showing that the developed countries have been facing more cases which are hardly digestible given the lack of testing kits. The outbreak of the pandemic has brought the world to stand still through lockdowns, quarantine, social distancing, border sealing, travel bans, curfews etc. These remedial steps have not only put the lives in limbo rather the political, economic, social, tourism, investment sectors etc. have been mired in recession. The regional organizations have failed to respond collectively or more specifically say regionally. Fraser Cameron (2010) in his Working Paper written for the Council on Foreign Relations has argued that the European Union has remained a role model and pioneer in regional integration and that too in limbo, how to deal with the situation?

Given the outbreak of the pandemic, the economic recession has already been set in as argued by Schwartz (21 March 2020). It is anticipated that the economic meltdown due to the Coronavirus pandemic would be wide-ranging. It would leave indelible imprints over the financial markets, including the stock, bond, and commodity markets.  Kristalina Georgieva (Director of the International Monetary Fund) has anticipated the economic fallouts from Coronavirus, the same would be bad to worse than the global financial crisis of 2008.

The World Tourism Organization (UNWTO) in its report published on March 27, wherein it took the stock of the situation and anticipated that pandemic would affect the world tourist industry by causing perpendicular fall of the tourists between 20 to 30 percent in 2020 resulting into a loss of  USD 300-450 billion. Investment is another area which would likely be impacted seriously. As per the report of UNCTAD, there would be a drop of 30-40 percent in global foreign direct investment (FDI) between 2020 and 2021. The air travel industry is also on the list which has been critically affected as more than 100 countries have imposed travel bans from the foreign coronavirus affected countries. As per the flight radar (03 April, 2020) report, the number of daily flights have been steeply plummeted from about 1.8 lakh to near to sixty thousand.

The time bomb of unemployment is another critical impact of the pandemic that has been haunting the world. As per the report of ILO preliminary assessment of the outbreak’s effects, the fallout of coronavirus would result in unemployment of 25 million people. This data may be ballooned in the coming time.  As per the report of the US Bureau of labour statistics, more than 6.65 million people have applied for unemployment claims. Spain is also standing in the same queue as the unemployment figure stood at 3.5 million which is considered the highest since April 2017. In that way, the monster of unemployment would pose a major challenge for the word in the coming time.

Notwithstanding the massive emergency financial packages released by the European, Asian, American countries to deal with the fallouts of the outbreak of pandemic COVID-19, still, the economies and financial markets of the world are in a  tailspin. China where the coronavirus first appeared, the economy of the same got the knee jerk. It is reported that industrial production (13.5%), car sales (86%) and investment had fallen steeply since the breakout of the pandemic. The economic slowdown throughout the world can be understood by the OECD Economic Outlook as given below:

The panic among the countries out of pandemic highlighted that the world has not been prepared with adequate health facilities. The simple health-protective items like medicine, face masks, gloves, suits, ventilators have not been available in sufficient numbers. Even some doctors who attending the coronavirus affected patients have been dying which speaks itself about the gravity of the situation. At the peak of panic, countries have been importing and exporting these simple health-protective items, which is an explicit explanation of where health is figuring in the priority list of the incumbent governments. In the post-pandemic, some steps on part of G-7 and G-20, have been taken in the direction of improving and securing global health by creating a new funding institution to fund country-level pandemic preparedness, surveillance, and response. The gravity of the situation can be understood by taking into account the infected cases, deaths etc.

The psychological stress and strain are one among the serious issues, that would likely play its own destructive role. As per the WHO website, about eight lac people commit suicides every year, i.e., one death per 40 seconds. Although, suicide is a global phenomenon but more specifically, about 79 percent of suicides have been occurring (2016) particularly in the low-and middle-income countries.

Suicide and stress are interwoven. Suicide is the 18th leading cause of death in global deaths. How is it relevant to discuss in the context of the Coronavirus 19? What are the causes of psychological stress and strain? The stress is divided into two categories – internal and external factors. The list of causative factors for the stress and strain is a very long list including the death of a loved one, divorce, loss of a job, increase in financial obligations, chronic illness or injury, emotional problems, and the lastly included the natural disasters or pandemics. In this background, the current pandemic would become one of the catastrophic causes of the psychological stress that could make COVID-19 pandemic even worse.

Pandemics have always resulted in fatal psychological consequences. In almost all countries, COVID-19 is being fought with self-isolation, lockdown and quarantine leading to loneliness. During the time of loneliness and isolation, the older people used to be deprived of strong social support, making the older people more vulnerable and sensitive to loneliness. Social distancing is being encouraged and people have been advised to reduce their political, social, religious, educational engagements making them homebound.

Adriana Panayi (April 3, 2020) has argued that in the backdrop of isolation and loneliness, older people are more vulnerable to death which can be substantiated by seeing the spike in deaths in the post-SARS (2003). Now, reports have started surfacing in the print and electronic media regarding the suicides in many countries like the US, Italy, UK, India, Germany. The suicide of the Finance Minister Thomas Schäfer (Germany) is a case which highlights the gravity of the situation. At the same time, Adriana Panayi (April 3, 2020) argued that more deaths are likely to take place due to unemployment, poverty and homelessness caused by the outbreak of panic, can be claimed in evidence of surged deaths reaching 21.9 per 100,000 people during the Great Depression (1932). Now the situation is becoming the worst one due to lockdown, many people suffering other diseases are being overlooked by the health officials/governments.

Till now, the traditional and non-traditional security threats have remained in the priority list of the national security architecture of the states. National security is prioritised over human security. If one compares the defence expenditure with health and education, it becomes crystal clear where the human security figures. Human security could not become a cause of concern until the end of the Cold War, despite some international mechanisms having put the same in place by the Universal Declaration of Human Rights (1948) and other associated covenants.

Mahbub ul Haq was the first economist thinker, who introduced the concept of human security in the United Nations Development Programme 1994, by arguing the scope of global security should be expanded to include threats in seven areas such as economic security (assured basic income for individuals); food security; health security (health security aims to guarantee minimum protection from diseases); environmental security; personal security; community security and political security. Economic, food, health and personal securities have been exposed to the vulnerabilities to the fallouts of the COVID-19. World agencies like the UN, WTO and FAO have already warned the world with respect to the food crisis in the wake of coronavirus and even hunger deaths started appearing in the media reports.

From the above discussion, it becomes clear that the outbreak of Coronavirus has been playing havoc in terms of loss of men and materials. The first take-away is health security.  Health security has taken a back seat. It is widely accepted that poor people from poor countries are more vulnerable to the pandemic, however, this time, more cases of infection have been taking place in the developed countries. It is being claimed that poor countries are less in the trap of COVID-19, however, that is not digestible given the lack of testing kits. Moreover, mass tests are not being carried out, only affected/suspected people are being tested. Till date, the outbreak of pandemic COVID-19 has resulted in 83,064 deaths, 1,446,286 infected cases and 308,549 recovered cases. Therefore, the first takeaway can be the health security of the people as a fundamental right. People have to demand it.

The world has been dependent on outsourced manufacturing, particularly pharmaceutical products in China. Now, most of the countries have been facing the music. The statement of spokesman for the Communist Party of China said, if made in China is contagious, then do not use made in China face masks, don’t use made in China ventilators, only by doing so you can avoid the virus.” From this irresponsible behaviour, the world has to learn a lesson, how to reduce dependency and become self reliant.

The present world is called very critical by taking stock of the present scenario.  Nearly half of the world’s population (more than 3 billion people) and 1.3 billion who fall in extreme poverty have been managing their lives on less than $2.50 and  $1.25  per day respectively. The horrendous and shameful part of the story is that approximately 3.1 million children die from hunger and undernutrition each year (UNICEF, 2018). About 842 million people have been facing chronic hunger and more than 750 million people do not have access to clean drinking water. This is the picture of the developed world when everything is open and what would happen to the poor people when they got lock downed? The countries have been trying to eradicate/mitigate poverty, unemployment, backwardness through the processes of liberalization, privatization and globalization seem proven wrong. Thus, the takeaway is the need to revisit the neo-liberal system and to keep the balance between the open and closed economy in order to absorb the shocks out of such unseen pandemic/natural calamities/ economic crisis etc.

What would the future world which these vulnerable people would like to see is where health, food, economic, environmental security to be provided by the respective governments and these should be demanded by the people as their fundamental rights and must be recognized and respected by the respective governments. The Darwinian world can be made with livable and loveable if paltry empathy made part of a national/international behaviour.