How Will Post-COVID-19 ‘Chindia’ Refashion The Middle East? 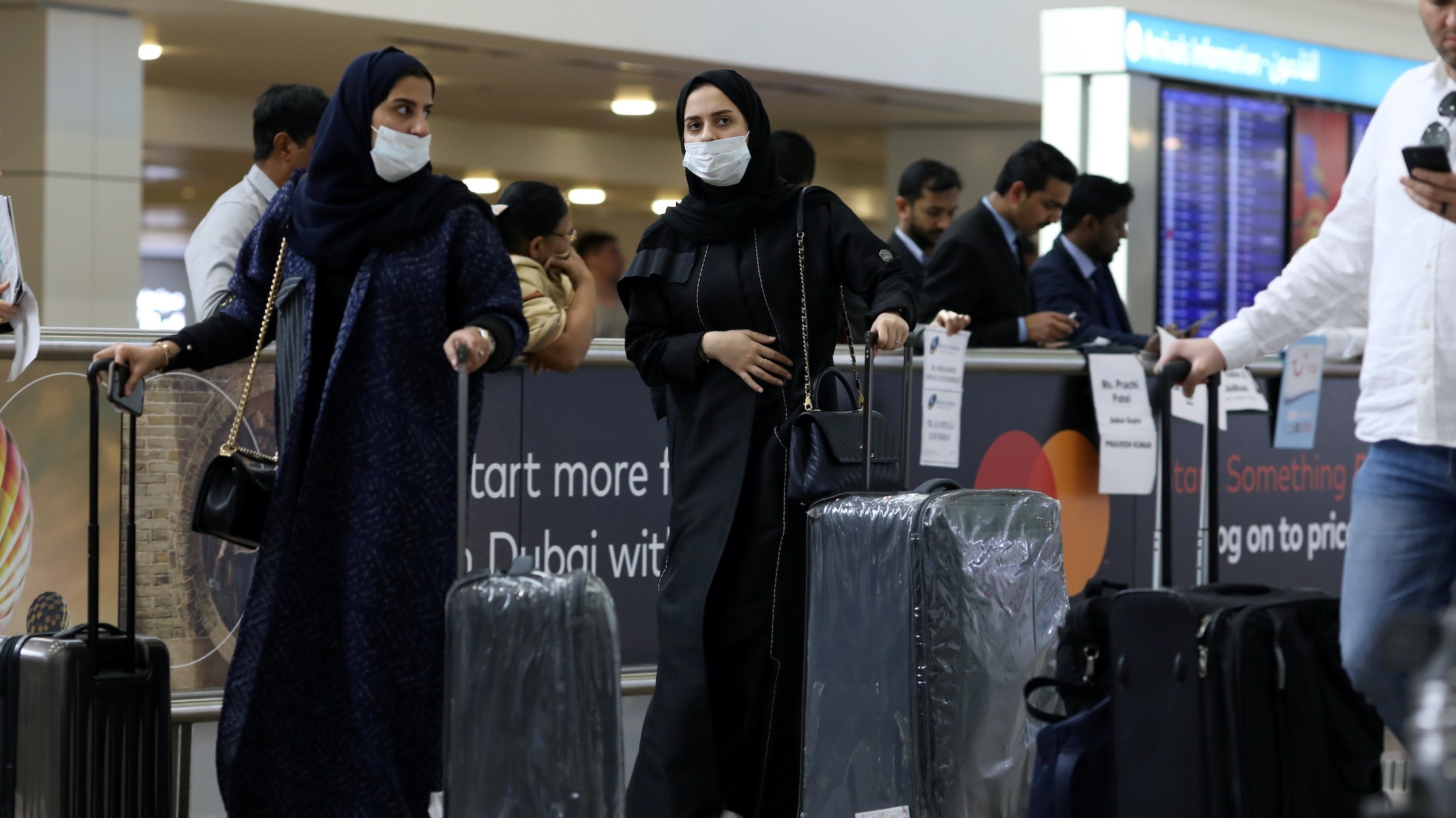 Regardless of the ongoing lockdowns to knockdown the global spread of COVID-19 pandemic triggering economic deceleration worldwide, China and India — world’s second and sixth largest economies — have experienced an economic windfall, thanks to oil prices tumbling and falling much beyond experts’ prognosis. China and India are respectively the world’s largest and second-largest oil importers and each dollar fall in oil prices per barrel means a billion-dollar less in their annual energy import bills. It is not difficult then to imagine their gains when Brent crude futures oil prices for January-March this year show a steep fall from $67 to $22 per barrel with forecasts projecting this downtrend all set to continue unabated.

In face of Organisation of Petroleum Exporting Countries (OPEC) failing to reach any agreement with Russia to cut down their oil production, keeping economies afloat has pushed supplier nations into desperate over-drilling. The Saudi-Russian overproduction war is expected to make oil prices plummet to $20 by mid-2020. On certain days, the prices have fallen by $10 straight reviving the spectre of the historic launch of the Persian Gulf war when oil prices had fallen by one-third on 17 January 1991.  In times of global twin crisis of COVID-19 pandemic and follow-up economic recession and where world leader the U.S. has become world’s worst-affected country as also most reluctant to take on global responsibilities, these falling oil prices are bolstering the newfound enthusiasm of leaders of China and India (or Chindia) with debate abuzz about how this extra-economic muscle will enable them to influence the post-COVID-19 global geopolitics.

On the losing suppliers’ side as well, not all oil producers are hit to the same degree.  While the United States has been hit the hardest by the pandemic, along with Canada and Russia, it may still stave off this crisis using its oil as also other exports of services and high-technology. The threat is perhaps unprecedented for countries exclusively dependent on petrodollars economies. Five of the world’s ten top oil supplying countries hail from this small and volatile region of the Middle East: roughly 700 x 500 miles of the Gulf region is home to world’s 65 percent of proven oil reserves and 45 percent of natural gas and these petrodollars have been the singular source of their unusual prosperity since the early 1970s. All of these are now impacted by COVID-19 with Iran, Turkey and Israel emerging as its major victims and its expansion seems all set to further exacerbate this region’s enduring faultiness.

What makes these two scenarios of a relatively less affected Chindia and rapid economic deceleration and political instability in the Middle East Region complementary? In short, the two scenarios stand connected by their umbilical cord of energy supplies; the two sides being the world’s largest exporters and importers of gas and oil.  Their connect has been the source of their prosperity.  Indeed, rapid growth in all these economies on both sides remains premised on this assured flow of energy, especially oil. So, other than reckoning the scale and sustenance of this trend of falling oil prices and pandemic in the Middle East, the pertinent question is how and why Chindia — that has so far steered clear from openly defying American predominance in the Middle East — will now play the benefactor and intervene for reshaping this region’s post-COVID-19 geopolitics?

First of all, the countries most devastated by COVID-19 in the Middle East, Iran and Turkey, have been the major challengers to the US supremacy in the region and Chindia their preferred, though not most effective, alternative. But the spread of COVID-19 is now expanding in the rest of the Middle East as well making all of them dependent on substantial external assistance to tide over these twin crises. A recent BBC commentary by Jonathan Marcus called it a ticking time-bomb for the Middle East. The old overlord, U.S. stands already overwhelmed and seems least likely to step in. This is, of course, necessary if the U.S. has to reinforce its regional leadership of which it has already been suspect since the discovery of shale oil. Will this make it incumbent on Chindia — with spare resources, energy and ambition — to step in to fill that gap, and why?

At the most visible level, not only Chindia the biggest destination for this region’s oil and gas, but it also has a unique distinction in having evolved rather holistic engagement with all the Middle East nations whereas the U.S. engagements remain divided between friends versus enemy countries. Countries of the Middle East that do not see eye-to-eye with each other have evolved enduring and expanding strategic partnerships with both New Delhi and Beijing. But other than being so similar, strategies of Chindia have also been complementary with the potential for building useful synergies.

Chindia’s engagement with the Middle East, for instance, has neither contested no replicated U.S.-led ‘hub-and-spokes’ security architecture around its Israel and Saudi axis. In face of it, both New Delhi and Beijing have held caution towards U.S.-led security architecture, especially its preoccupation with nuclear nonproliferation. Meanwhile, Chindia has enhanced participation in fighting non-traditional security threats from pandemics to climate change to participating in anti-piracy networks in the Gulf of Aden. For climate change mitigation, India’s vast expanse of oil refineries in while Saudi Arabia has shown interest in investing, its skilled workforce, International Solar Alliance and China’s photovoltaic cells and nuclear reactors have built their reciprocal ties across energy sectors of the Middle East. But Chindia’s engagements has been much holistic: energy, military, cultural, social and economic with expanding people-to-people ties.

India has nearly nine million Indians living and working in these countries and China remains the largest trading partner for most of these countries: their trade with the region respectively standing at $300 billion and $150 billion. Energy imports, of course, make the bulk of their bilateral trade as two/third of India’s and two/fifth of China’s oil imports come from the Middle East. Likewise, while $50 billion remittances from the Middle East makes a major source for India’s foreign exchange reserves per annum, China has emerged as a major investor in the region with investments of over $100 billion (half of it in the energy sector) and now its Belt and Road initiative is fast integrating and synergising its policy of complex balancing of regional rivalries enmeshed in serious great power competition.

In the present context of the COVID-19 pandemic, its onset in China had seen Saudi Arabia, Qatar, the United Arab Emirates amongst others (India included) dispatching medical supplies to China. By early March, with China getting a grip on its pandemic crisis, Beijing had dispatched its first medical team and materials to Iran which had emerged as the next epicentre for this pandemic. India has also provided help especially while sending flights to pick Indian citizens from Iran. Meanwhile, the US has continued with its economic sanctions on Iran and UAE that have proved counterproductive by causing severe limitations in their fight against COVID-19 making Moscow and Beijing openly oppose these.

Beijing, no doubt, has much bigger economic leverages and footprint in the Middle East than India but there are reasons why Beijing will find it attractive to team up with New Delhi.  To emerge as post-COVID-19 leader China would need India to strengthen its credibility by building partnerships with India and other large-sized rapidly growing economies. Post-COVID-19 China would also need India’s huge market for ensuring returns on its investments that have come under a cloud given its multiple unviable projects of its Belt and Road Initiative.  Also, in continuation of their two years of trade war, this pandemic has seen China and the U.S. again at loggerheads blaming each other for this crisis. China sure would not like to see post-COVID-19 India drifting further closer to the U.S. thereby competing with it or undercutting its credibility or even energy supply lines from the Middle East.

India also remains attractive for China in fighting this global pandemic given its close connection where China has been the major supplier of APIs (active pharmaceutical ingredients) for India’s worldwide supplies of cheap generic medicines. India’s hydroxychloroquine or anti-malaria HCQ tablets have already emerged as the most important antidote and in demand worldwide until a proper vaccine against COVID-19 is made ready.  India has so far managed to keep the number of infected rather low which gives hope to ‘flattening of the curve’ resulting in India sparing its materials and manpower in healthcare to join other nations to contribute to this global war against this pandemic.  COVID-19 is expected to cast a reset in multiple sectors it is not likely to make oil and gas any less desirable commodity. While other major powers like the U.S., Canada, Russia may have their own supplies and France, Germany, U.K. may have alternatives like electricity, Chindia will need to coordinate an early resumption of oil supplies from the Middle East.

In the end, COVID-19 has also revived the decade long debate on the post-American world where Fareed Zakaria’s “the rise of the rest” thesis perhaps seeks to look beyond the U.S.-China G2 binary of either cooption or conflict. More recently Joseph Nye’s Is the American Century Over? or Richard Haas’ A World in Disarray make the same point yet none have premised their analysis on pandemic being the trigger for tectonic shifts in global geopolitics. This may finally challenge the conventional mechanism and components of power and influence in world politics.  With most threats and opportunities of the 21st century being essentially transboundary and empowered citizens fast marginalising, if not replacing, four centuries old nation-state system guiding human destinies, national welfare is fast redefining and overtaking national security as a top priority. This will surely prove to advantage Chindia which can channelise its skilled and empowered populations to emerge as a major global game-changer to reckon with and here post-COVID-19 Middle East could become its first arena to make its first tryst with post-COVID-19 geopolitics. India’s controlling of its COVID-19 pandemic will also make it an attractive partner for Beijing and enhance its role beyond its immediate periphery where, given its historical ties, other than its immediate neighbours, the Middle East seems perfect fit region to see India redefining its regional leadership.