Diplomatist > Asia > Does The Power Shift at Colombo Has Any Real Impact on India-Sri Lanka Relationship?

Does The Power Shift at Colombo Has Any Real Impact on India-Sri Lanka Relationship? 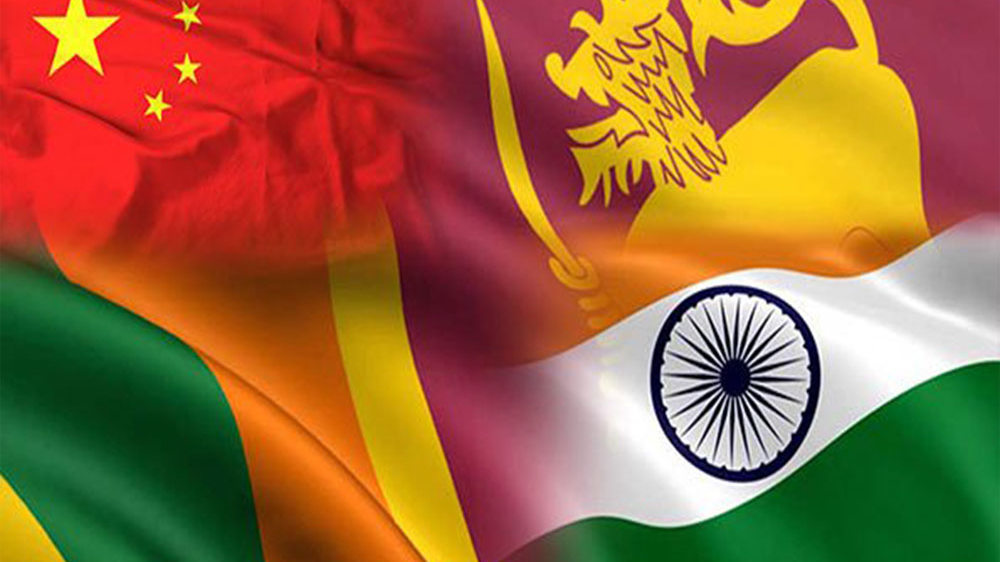 The change in leadership has all the potential to change the foreign policy of a nation as the new regime would be loaded with a new set of policies and agendas which might be entirely different from the former. But, in the real sense, the new regimes across the globe which have come to power, promising the total change, most probably fail to make any formidable shift in the trajectory of the foreign policy alignments of a nation in short term. The case of India’s relationship with its neighbours is not different from this scenario. The course of the bilateral relationship between India and its immediate neighbour Sri Lanka has been widely interpreted based on domestic political regime changes in the island nation.

The successive governments in Colombo are labelled as either Pro-China or Pro-India. This reached its peak during the tenure of Mahinda Rajapaksa government from 2005-2015. The argument is backed by the shreds of evidence of Chinese presence in Sri Lanka which witnessed a boom during this time. The tenure of Rajapaksa is indeed marked by the steep upward leap in terms of Chinese economic and strategic presence in Sri Lanka. But, the Chinese expansion on the island has a multitude of other reasons other than the mere reflection of policies that were undertaken by an elected government.

The Tamil-Sinhalese conflict and the Eelam war has played a pivotal role in shaping the current India-Sri Lanka bilateral relationship and Beijing’s engagement. The hands-off policy which New Delhi exercised after the assignation of former Indian PM Rajiv Gandhi on the ethnic crisis eventually facilitated a free ride for China and Pakistan in the island nation. The setback which the IPKF faced on the island, the betrayal from the then Lankan President R. Premadasa, as the pressure from the domestic politics necessitated a policy shift from New Delhi which later gave the future of the island completely to the hands of Lankan forces.

Colombo requested an immediate military intervention by New Delhi in 2000 to save the lives of around 40000 Lankan troops who were trapped in the Jaffna Peninsula when the LTTE captured the Elephant pass. The then Indian government headed by A.B. Vajpayee refused the help considering the above-mentioned aspects and the bitter experience of the past. This time, Beijing and Islamabad made timely intervention providing necessary strategic, military, economic and political support to Sri Lanka which was in intense warfare with the LTTE.

The Tamil-Sinhalese conflict touched a new phase when the Sinhalese champion Mahinda Rajapaksa came to power in the 2005 presidential election. The conflict between the Tamil Tigers and the Lankan forces was aggravated under the leadership of Rajapaksa who promised to end the LTTE militancy in the country. The Indian government at New Delhi was not in a position to provide weapons and defense equipment to Colombo due to the political pressure from the Tamil Nadu and the parties within the ruling coalition. But the reluctance of New Delhi gave an opportunity to China and Pakistan. During this time, India was knowingly or unknowingly taking the side of the Tamilians in the Tamil-Sinhalese ethnic conflict in the country where the Sinhalese constitute the majority 75 percent of the population.

The final phase of the Eelam war witnessed brutal suppression of the Tamil Tigers by the Sri Lankan troops. This time, the Indian government was exerting pressure on the Sinhalese led Sri Lankan leadership at Colombo to stop the military action against the LTTE. At the same time, the Chinese and Pakistani governments provided political and military support for the Rajapaksa government in the civil war phase IV. This, later become instrumental in molding a popular perception among the majority Sinhalese about China as the ‘friend in need’.

When the United States introduced a resolution against Sri Lanka on the alleged human rights violations at the United Nations Human Rights Council (UNHCR) in 2009, India refused to support the resolution. But in 2012 and 2013, India supported the resolution at UNHCR when Beijing continued to back Colombo on the issue unabatedly.

China later emerged to be the major economic, political and military supporter of Sri Lanka when the whole world turned about-face from the island over the alleged war crimes. The Chinese funds and credits flowed to the island after the 2004 Tsunami when it completely went through devastation both socially and economically. The reluctance of New Delhi to provide hard power to Sri Lanka during the emergencies was exploited by Beijing to make a toehold on the island. In words of the former Sri Lankan army chief Gen. Sarath Fonseka, the cheap and supply ready availability of weapons from China when New Delhi’s doors were kept closed left Sri Lanka with no other option.

When the west locked horns with the island over the human rights violations and Sri Lanka surpassed the limits to borrow from the International Financial Institutions, China emerged to be a reliable funding option before the cash plunged Colombo. The New Delhi has many limitations in terms of investment capabilities and cannot match up with China whose GDP is nearly double the size of India. Though the large-scale financial presence which the Beijing enjoys on the island today was initiated during the ten-year stint in the office of Mahinda Rajapaksa, Sirisena government which came to power after the 2015 election haven’t done anything substantial to check it. Despite the election promises which Mr. Sirisena has made to limit the growing Chinese influence in the country, he did nothing in that direction. It was during his incumbency at the office that the loss-making Hambantota port was given to the Chinese for a lease of 99 years. In the words of the former PM, Ranil Wickremasinghe, who is considered to be Pro-India “Sri Lanka’s engagement with China is to get something which New Delhi is not able to provide to that extent,” referring the financial assistance give the root cause of the island’s financial dependence on China.

Some factors clearly back the argument of Rajapaksa regime’s pro-China attitude. The majority of Chinese projects on the island have become white elephants immediately after its completion. The Mattala International Airport and the Hambantota port are clear cut examples of this. Though the feasibility studies conducted by the government and international agencies completely dismissed the projects in terms of economic viability, Beijing funded these projects, exploiting the vested interests of the Rajapaksa family in favour of them. The financial liability which these China-funded white elephant projects has created once again tightened the noose of the Sri Lankan government which has been already striving with the debt. This huge national debt of the island to which any government in power at Colombo could not ignore will give a lasting grip for Beijing over Sri Lanka.

The change of regime in Colombo has impacted the trajectory of India- Sri Lanka and the Sino-Lankan relationship to some extent. But those theories which give overwhelming significance to the power transfer is not realistic. The alignment of the Rajapaksa family towards Beijing is also impacted by the Tamil-Sinhalese polarization which exists in the island nation for decades. Apart from all these, the whole world is now witnessing the upsurge of Chinese influence that could be largely attributed to its massive investment capabilities. The same applies to India’s South Asian neighbour Sri Lanka also. Anyway, the accession of power by the Rajapaksa family again in the 2019 presidential elections is a worrisome factor for New Delhi. The mutuality of interest which the new President Mahinda Gotabaya and his brother Mahinda Rajapaksa enjoy with being close to Beijing would cause increased headaches for the Indian leadership in the coming years.

The views expressed are personal.

2 replies on “Does The Power Shift at Colombo Has Any Real Impact on India-Sri Lanka Relationship?”