Indo-American Defence Cooperation: Neither a Midas Touch Nor a Positive Sum Solution 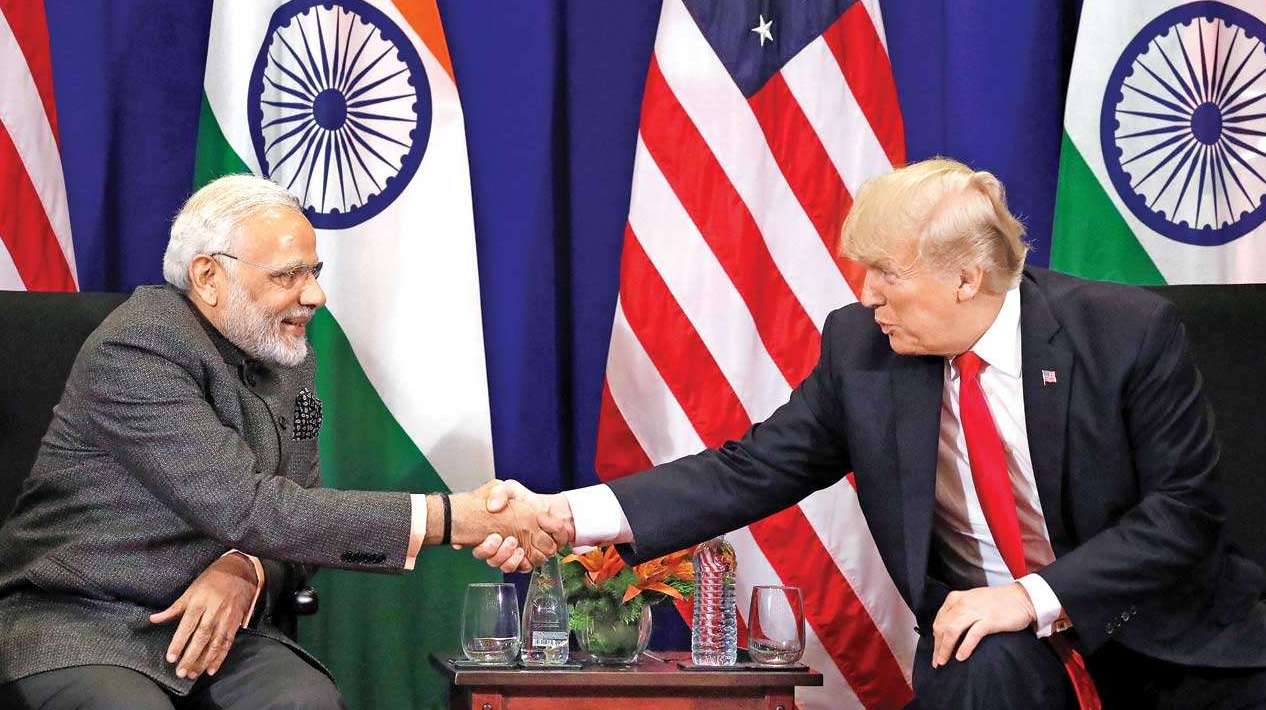 The rapidly changing defence environment confronting India continues to pose daunting challenges to the national policymakers particularly in relation with the USA, the hitherto leader of the post-cold war global order, bent on promoting more aggressively “America first” approach. A combination of internal and external factors as well as state and non-state based threats has also created a ‘threshold concept’ (from uncertainty into impending crises) that has complicated the matrix of defence relationship between the two giant nations.  Despite the confusion about the meaning of security in the 1990s, India sought to wrestle with the complexities to achieve its own strategic autonomy. As India could register growth to scale up significantly in the global status hierarchy over the last two decades, its defence policy with the USA, much like its foreign policy, came increasingly to reflect the twin strings of navigation accommodating the realist undertone of an unmistakably strategic turn on one hand and the liberal impulse of ‘status-seeking approach’ logically inclined towards ‘multi-level alignment’ by ruling out exclusive teaming up with the US.

There is no gainsaying the fact that the cold war initially destabilized the Indian strategic aim in many different ways. It wanted to disrupt by causing an unproductive diversion of resources from economic cooperation to military competition, thus reducing the level of development assistance India could have otherwise mustered and, thus imposing heightened defence burdens on New Delhi at a time when it could not afford them. The USA’s support for Pakistan and its reapproahment with china, despite their rivalries with India, became the most acute exemplification of this problem. The mutual US – Indian quest for a strategic partnership during the cold war was repeatedly frustrated by such externalities. India’s response to this reality that American priorities were different from its own didn’t help improve the cause.

In retrospect, it is obvious that three consequences that prevented closer relationship between the two nations included India’s pursuit of non-alignment, its emphasis on maintaining a closed command economy and its nuclear weapons programme albeit all underwent important mutations after the end of the cold war. Although the non-alignment idea of protecting India’s freedom of action would survive the disappearance of the competing power blocs, the fact remains that “there is nothing unique about India’s quest for preserving “strategic autonomy” (Telis 2012).  But it was gradually from 2000 onwards that both countries had taken positive steps towards each other when it came to defence trade between the two nations. The historic Talbot–Singh dialogue helped clear much of the mutual suspicion. Since then relations between the two nations witnessed a transformative shift in the defence relationship that got elevated to the next steps in a strategic partnership. The joint statement issued during the visit of President Bush to India in March 2006 was a follow up of the July 2005 Agreement. According to Lalit Mashing, the 2005 Agreement was a demonstration of India’s seriousness in pursuing the strategic dialogue with the US. According to many, this pro-US stance was a pragmatic turn in Indian grand strategy. But this did not mean a decisive change in terms of defence relations that India was looking for.

Now in the multi-polar world, India’s defence policy with the USA has been influenced by a multifactor conundrum. New geopolitical realities necessitated the improvement of relations with the major powers such as the Russia, Japan, Middle East powers like Iran, Saudis on one hand, and on the other hand, India’s pursuance of look east policy in the extended neighbourhood which now on its way of merging with Indo-Pacific strategy. So, in this context, India needed a ‘multilevel diplomatic initiative’. India’s threat perception has also been influenced by the link that has existed between the global power dynamics and local rivalries. This linkage has been an important factor in studying and interpreting the course of political and strategic issues that shaped the discourse between the two nations. Although any growth that adds significantly to Indian capabilities in this way leads inextricably towards ‘multi-polar world’—a reality that strictly implies the demise of American hegemony, hence out of traction with the American design at the ultimate analysis.

The leadership in New Delhi was hitherto realistic enough to understand that American primacy was unlikely to be dethroned any time soon and certainly not as a result of the growth in Indian power. Of late, China’s rise busted that myth. Besides, India was certainly one of those diehard countries with a vested interest in upholding the wider international rules-based order that would eventually need to find solutions to revive and keep reforming the regime, so that it fitted for her purpose in the 21st century. It means complex negotiations without drastic re-ordering to bring China to the forefront and hence, still preferring American supremacy as a ‘necessary evil’ instead of a bully to be prodded by the client interest to do the ‘bidding of the US’ but to work for more space in which her power and national ambitions could find assertion in geographic and issue areas that are more likely to be contested immediately by China rather than by the USA.

Recently Prime Minister Modi underlined the urgent need to reform India’s defence policy. It echoed the government’s commitment to military modernisation, no doubt a serious imperative to ponder over. ‘Make in India’ package was a positive intent in this direction. In line with India’s broadening strategic horizons, its military acquisition has also been marked by a significant shift from conventional hardware to the modern digital tech-savvy system. But according to a survey, India still continues to import more than seventy percent of its armed requirements from abroad. Two critical things are important at this juncture. The performance of the defence research institutions like DRDO seems to require a great boost. Another point highlighted by analysts like Harsh V Pant is the mismanagement by the bureaucracy of the ministry of defence whose knowledge of defence-related issues remains far from adequate.

Under the above circumstances, India needs a self-introspection of its own. Jaishankar’s notion of India as a ‘leading power’ responded to these expanding conceptions of its role and capacities. But easier said than done. Because Indian foreign policy bureaucracy is not only struggling to straddle the contrasting coordinates of nationalism and ‘westernism’ and its astute choice, however sleekly masqueraded in the form of US-India 2+2 ministerial format, goes haywire with the ‘national priorities of development’. It appeals to logic to some extent to take resort to a credibility posture on having filled by greater self-confidence and Modi’s energetic diplomacy, one that could only act as a limited locomotive of change, India’s defence policy has to answer whether it could shoulder the greater global responsibility simply by nurturing or flaunting her increasing tilt towards the US. To be a ‘security provider’ from ‘attention seeker’ not only requires resources and a robust strategy about how to use them but it equally requires political volition and vision rather than indiscriminate ‘shopping approach’ to acquire them without acquiescing to US pressures for ‘encrypted communication systems to the Indian military’.

India’s concern was understandable in Doval’s pithy statement that India needed to stop punching below its weight and to devote itself to gathering the resources to compete more effectively in the defence sector. However, the argument remains that a combination of sustained and adroit engagement by the USA together with mounting concern about the challenges China poses for India could well-evolve into a policy convergence to goad New Delhi to strengthen its ties with the USA despite Trump’s manifest capriciousness. This second factor also acts as retooling for India to deepen her strategic ties with other states like Singapore, Australia, Vietnam, and Japan.  But under the dark cloud of China’s rise (as even US National Defence Strategy identified the forthcoming threats not from non-state actors alone but more from re-emergence of long-term, strategic completion by revisionist powers) when all of them seem to be already engaged in intensive backroom negotiation with the US, it is but a matter of conjecture as to how far New Delhi would be able to buckle down in dealing with the gathering pressure that emanates from American panopticon either. Furthermore, it may be noted, greater the defence partnership with the US, the greater the cost that India might be asked to bear given Russia’s increasing tilt towards Pakistan and Russia’s dependence on China in the face of greater and tightening American sanctions. So, will it be “positive-sum” solutions for both the nations?