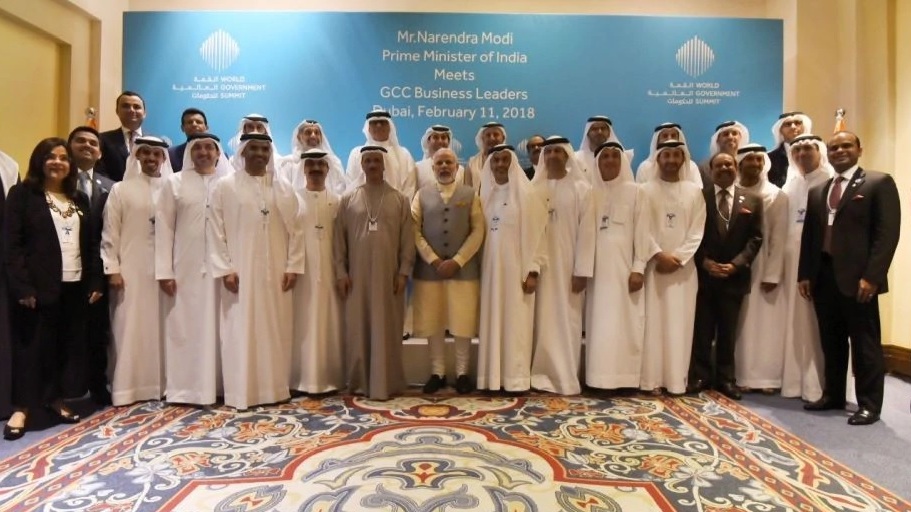 The Middle East is an important strategic region for India with profound geopolitical and geo-economic significance. India and the region share deep civilizational contacts, cultural exchange and historical linkages. In modern times both have shared colonial past and struggles for independence. After independence, India’s policy of non-alignment has found tremendous support and strength in the region to face the challenges of the Cold war influences and its dangerous implications. India’s large Muslim population and managing Pakistan’s raising the Kashmir issue in the Islamic forums has also shaped our policy approaches and directions towards the region. India’s Palestine policy and support for the same were based on the above factors and its anti-colonial commitments.

The geopolitics of energy security makes the region, particularly the Gulf crucial for India’s geo-economics and pursuit of economic development. India is already 3rd largest consumer of oil and largely dependent on the supply from the region. Thus, the stability of the region for assured energy supply determines the priority of Indian policy towards the region. The economic diversification drive in the Gulf economies (Saudi Arabia’s Vision 2030) has created an accelerating pace of engagement. The major oil companies of the region- ARAMCO and ADNOC are deepening their engagement with the Indian companies both public and private. ARAMCO and Reliance Industries are developing strategic partnership and an investment by the former in West Coast Refinery and Petrochemical Project in Maharashtra. Indian companies like ONGC has also engaged and participated in the oil extraction, refinery and technical support creating stronger economic interdependence. Saudi Arabia is set to invest $100 billion in energy, refining, petrochemical and also in the field of agriculture, infrastructure and mining and allied sector. The presence of PM Modi in the ‘Davos in the Desert’ has spurred India’s position of influence and power to serve its geostrategic and geo-economic interests

The Indian outreach to the region in recent years with visits of PM Narendra Modi has produced a new realisation of mutuality of geostrategic and geo-economic interests, trust and thus re-alignment of interest towards India. OIC invitation to India as a Guest of Honour and address of the session in March 2019 by then External Affairs Minister, Smt. Sushma Swaraj despite opposition by Pakistan is a telling testimony of the syndrome. On the issue of revocation Article 370, both Saudi Arabia and UAE backed the Indian position. Now the region view ‘Pakistan as a brother but look towards India as a credible friend and power’ to serve their economic interests and strategic necessities in the changing world

The Gulf States in general and Saudi Arabia, in particular, is in the process of diversification of their political and strategic alliance is turning east to reduce over-dependence on the West. In the wake of receding US interests in the region, the extensive visits of PM Modi in the region have given a profound boost to India’s goals and interests in the region. There is around 9 million-strong Indian diaspora in the region which is an invaluable soft power asset which is central to the economic progress of this region and to fulfil India’s project of $5trillion economy.

The Middle East and the Gulf, in particular, is of far-reaching significance in the ‘Asian Century’ syndrome in the emerging 21st-century world order. But the region is infested with multi-layered conflicts and rivalry- GCC crisis, Iran- Saudi, Iran- Israel and Iran- US and their proxies in Syria, Yemen and other parts of the region. India is a strategic partner to the power aspirants in the region- Iran, Saudi Arabia and Israel. India with its soft power is better placed than the western powers to mitigate hostility and conflict in the region.

Iran is a key factor in India’s Chabahar port project which is a crucial chain and strategic point in India’s Afghan policy and beyond in Central Asian countries. India can help mitigate sanctions and ease the US ‘maximum pressure’ strategy by using its leverage with the US, Saudi Arabia and Israel. In the wake of receding American footprints in the region, Israel also needs a pragmatic overhaul of its ‘Periphery Policy’ for a smooth transition to the changing power structure underway. This is a necessary factor for stability and prosperity for the region and extended security, geo-economic and geo-strategic vision of India in the emerging world order.

In the absence of global leadership and response to fight the deadly COVID 19, Middle East needs a coordinated regional response. Indian’s pandemic response has been appreciated by the WHO. The regional response initiative under the ‘Neighbourhood First’ approach with SAARC video summit and COVID 19 Emergency Fund with a $10 billion contribution, Regional Disease Surveillance Portal and Rapid Response Team has gained global attention. In his address to the G20 Virtual Leaders’ Summit, PM Modi called for a new dimension of humanitarian globalisation and multilateralism as well as the strengthening of the international organization like WHO to fight the crisis and make the world prepared for such crisis in the future. The Summit was attended by the chairs of many international and regional organizations including GCC. The G20 chair, Saudi Arabia is strongly endorsing PM Modi’s proposal.

The humanitarian assistance of medical and other material by GCC members- Qatar, UAE and Kuwait to Iran, the worst-hit country in the region is a right opportunity to promote cooperation and lead a regional response to the current pandemic in the region. Israel’s national interest in such a changing context and health emergency can push it to a strategic introspection and be willing to join the regional response to the pandemic.  India must siege the positive atmosphere to build bridges of sustainable peace and security in the region. The strategic partnership and sustained soft power diplomacy with Iran, Saudi Arabia (GCC states) and Israel can be a new formidable alliance for multilateralism and equitable world order. The Middle East can be India’s power base and smart use of its soft power is sure to spur its standing as a trusted partner and credible power in the post-COVID world order.