Can COVID-19 Turn The Tables in Favour of India’s Exports? 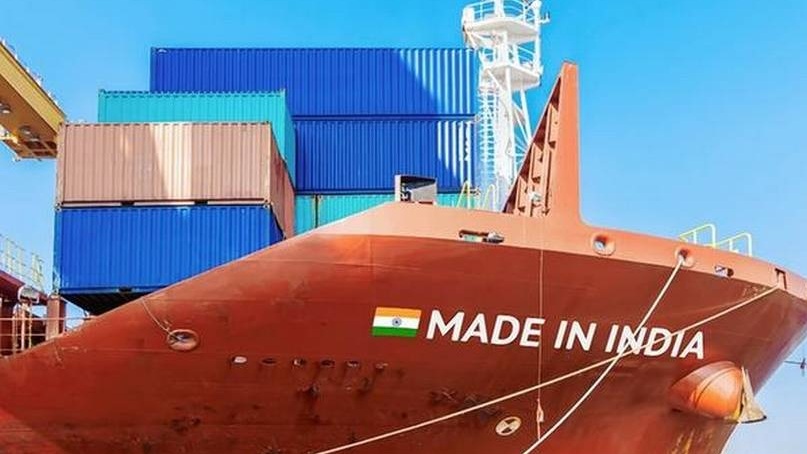 The fast spread of COVID-19 or new coronavirus has tremendously shocked the world economy due to its adverse effects on the demand and supply of goods and services. As per Morgan Stanley, a global rating agency global Gross Domestic Product (GDP) growth will decelerate by 2.3 percent over the previous year in the first half of 2020, but it would recover in the second half of the year. In the case of the Indian economy, most of the global and domestic rating agencies such as Moody, S&P, Crisil, and Fitch have reduced the forecasted GDP growth at around 5.2 percent or less for 2021.

There will be three segments of service sectors which will be majorly affecting the GDP due to its inoperability. Soumya Kanti Ghosh, Chief Economic Advisor, State Bank of India said, “On an aggregate basis, we estimate that the impact of a 5 percent inoperability shock could be 90 basis points on GDP from Trade, Hotel, Transport, Storage and Communication segments, that could spread over FY20 and FY21, with a larger impact in FY21”.

Out of the above-mentioned segments, international trade has been facing a lot of hurdles because of lockdowns or restrictions imposed by the countries on exports as well as imports. There is also fear of the coronavirus effect on outbound shipments.

Exports bucked the six-month declining spree by registering modest 2.91 percent growth in February 2020 at $27.65 billion. All the major foreign exchange earners such as petroleum products, engineering goods, and electronic items registered expansion in the month year-on-year. Consequently, the trade deficit fell to the lowest level of $9.85 billion in February 2020. Moreover, the contraction in exports and imports can be seen March onwards depending upon the spread of the virus.

Global supply chains would be disrupted as the manufacturing hub, China has shut down its industries; developed countries like the USA, UK, and EU are currently facing the hardest time of lockdown; India is also under lockdown for 21 days. The world economy would be facing a recession in a time to come.   Interestingly, the trade and the regional partners India and China would be the exceptional countries that are not likely to go into the recession due to this pandemic according to a report by United Nations Conference on Trade and Development (UNCTAD). The report, however, did not give a detailed explanation as to why and how India and China will be the exceptions. It shows a ray of hope to India to leverage this opportunity to diversify its exports and attract foreign business in this critical period.

About 200 American companies are seeking to move their manufacturing base from China to India post the general elections, said Mukesh Aghi, President, The US-India Strategic and Partnership Forum’s (USISPF). This is definitely a golden opportunity which India should not miss and undertake the required institutional, infrastructural reforms to improve ease of doing business.

Further, to turn the tables in favour of India’s exports, economic diplomacy would be the most effective tool. India should identify the opportunities to expand, or re-establish the trade connections with the countries which are looking for an alternative trade partner. For example, Singapore has stopped imports from Malaysia due to COVID-19; India should identify which products it can export and fill the gap. For example, jewellery, foodstuff, refined petroleum, and so on.

According to a survey conducted by the Federation of Indian Chambers of Commerce and Industry (FICCI), over 50 percent of Indian companies see the impact on their operations and nearly 80 percent have witnessed a decline in cash flows. Around 42 percent of the respondents said that it could take up to three months for normalcy to return. The restricted import of raw materials from China can delay the normalcy conditions for businesses in India. Therefore, in these three months Department for Promotion of Industry and Internal Trade, Ministry of Commerce and Industry, the Government of India can identify indigenous suppliers of these raw materials as a part of the industrial policy of India and then float the information for public utility. It would reduce some quantity and the cost of imports and give a boost to internal trade.

Moreover, India should follow the Japanese model of providing funding, technological inputs, and management to small companies involved in exports. Export-led growth of India has been a dream of most of the policymakers in India. Micro, Small, and Medium Enterprises (MSMEs) can play a vital role in it. More than 500 lakhs MSMEs exist currently; contribute around 45 percent to India’s GDP; grow at a fast rate of 11.5 percent every year adding 13-15 million jobs annually. Currently, MSMEs contribute around 49 percent to the country’s exports.

In spite of the tremendous potential it possesses, the MSMEs are plagued by various challenges such as poor infrastructure, lack of access to markets and access to modern technology, inadequate capital, and getting statutory clearances related to power, environment, labour, etc.

Post lockdown, demand for products in numerous affected nations would increase rapidly and India should access markets in these countries and fill in the gap through the export of MSMEs’ products in the country so that out of all these challenges faced by MSMEs, lack of access to markets can be overcome and boost the exports.

Ministry of Micro, Small, Medium Enterprises (MSMEs) should work in collaboration with the Ministry of External Affairs (MEA), and Department of Commerce, Ministry of Commerce and Industry (MCI) to increase the further contribution of India’s MSMEs to global trade. MEA should identify international demand for specific products in this critical period of the pandemic, MCI should implement export promotion measures for MSMEs and MMSMEs should recognise the potential domestic suppliers i.e. MSMEs which are involved in the production of the demanded goods or services. A platform should be created for them that would give them relevant information regarding access to new markets, and enable them to compete globally.

Management and co-ordination would be the key of policymakers to turn the table in favour of India’s exports, increasing its share to world trade, and simultaneously steer the progress of the economy.

Vaibhavi Pingale
Author is an independent economics researcher based in Pune. She has pursued Masters in Economics from Symbiosis University and has varied interests such as labour and development economics, macroeconomics and water.
Tags:
MSME's exports NewDelhi IndianEconomy CoronaVirus Covid19
Share:
Share this...