‘Kung Flu’: Rising Racism in Times of a Pandemic 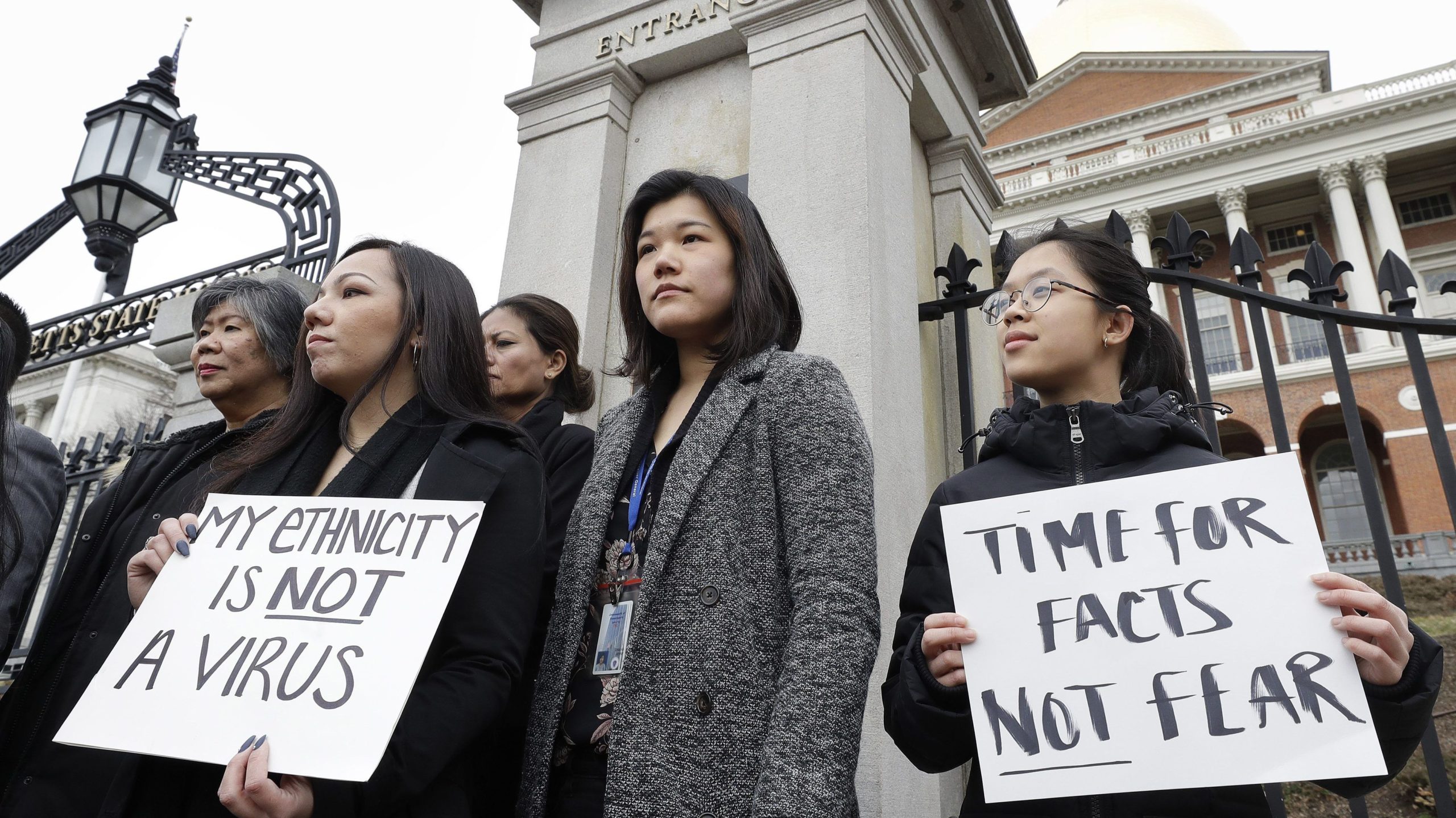 Human history is witnessing an unprecedented situation. While pandemics have plagued the human development trajectory at various intervals, no one could have preempted the havoc wreaked by COVID-19, which has single-handedly brought the entire world to a screeching halt, despite all the advances made by modern medicine. With the entire world bearing the fatalities of this disease, several countries have singled China out by branding the global pandemic as the ‘Chinese Virus’ or ‘Wuhan Virus’ and even the ‘Kung Flu’, as christened by a White House official (Graziosi, 2020). Through a repeated emphasis on the Chinese branding of the disease, accountability is being pinned on China by the virtue of the disease’s origin. Consequently, the ‘Chinesefication’ of the disease has boiled down to shocking instances of racism against the East Asian community across the globe.

US President Donald Trump, through his tweets and press briefings, popularised the term ‘Chinese Virus’ and lent it legitimacy. A photograph showing Trump’s press briefing note, wherein the term ‘Corona’ was struck out and replaced with the word ‘Chinese’, has surfaced (Botsford, 2020). This move has earned the ire of critics, who believe that the term will only promote xenophobia and racism towards and the ‘othering’ of the Asian community (Chiu, 2020).

True to the predictions of academics, the blame game ignited by Trump has translated into harassment and assault of the Asian American community, with as many as 650 cases being registered in the US (Kandil, 2020). The situation has worsened into racism becoming a secondary threat for the Chinese American community in the midst of the pandemic hysteria.  In a display of Sinophobia, a New York man attempted to assault a woman donning a mask, humiliating her with a “diseased b**tch” comment. In a similar incident, a Thai American woman faced discrimination on the Los Angeles Subway when another passenger said that the Chinese people are the origin point for all diseases (Naresh, Chen, & Yan, 2020).

This Chinese branding of the Coronavirus is not a singular act by Trump but is actively endorsed by the US administration in general. Supporting Trump’s stand, Senator John Cornyn, Republican of Texas, placed the blame on China for ‘consuming bats, dogs and snakes,’ adding that viruses such as ‘SARS, MERs and the swine flu transmit from animals to humans’ (Orbey, 2020).

Israel is often considered the melting pot of various cultures, complete with a mélange of different ethnic groups and heritages. In a society as heterogeneous as Israel’s, discrimination and ostracization of different communities is not unheard of. In this country which has the history of ‘othering’ communities, coronavirus has been the catalyst for stirring up racism in society. Several cases of discrimination on the basis of appearance and descent have surfaced in Israel.

Chinese students of the Hebrew University of Jerusalem shared their lived experience with racism on a closed WeChat group. While a student claimed that “people cover their noses when they see me,” another shared that people shouted the word “Coronavirus!” at him (Oppenheimer, 2020).

Sharing his experience, another university student divulged that Israelis “are really afraid that we (Chinese students) might spread the virus to them” He further asserted that he was subjected to people “shouting ugly words and making exaggerated body gestures.” He stated that phrases like “China, Ni Hao” have been swapped with derogatory replacements like “Sini Sini Corona.” In a similar case, a Japanese student from the Al-Quds University shared that her fellow students have been maintaining distance from her and accusing her of having the virus after generalising her descent to be Chinese (Singh, 2020).

A member of the Indian Bnei Menashe Jewish community, who hailed from North East India and had moved to Israel, was victim to an attack which triggered by the propagation of the Chinese origin of Coronavirus. This incident took place in Tiberias, where the words ‘Corona-Corona’ and ‘Chinese’ were hurled at Am-Shalem Singson, who had walked past some two men in the street (Phaltual, 2020). With the hike in the number of COVID-19 cases, the instances of racism against people of Asian descent or those who look East Asian are also witnessing a steady increase.

Racism has revealed itself to be a contagious epidemic in France, triggered by the spread of Coronavirus. France was not only the first European country to grapple with coronavirus but also the first to witness the kindling of racism against the Chinese and the Eastern Asians (Thiessen, 2020). Owing to this, France is receiving flak on social media over the staggering number of racist incidents against Asians.

A racist publication by the regional French newspaper ‘Courrier Picard’ titled “Alerte Jaune” (Yellow Alert) was severely slammed on global platforms. The editorial, lavishly punctuated with racist undercurrents, described in detail “the yellow peril”. Although the newspaper has issued an apology, the editorial stands to show how deep-rooted the racism against Chinese and East Asian people is in the French community (BOYLE, 2020). Signboards prohibiting entry to Chinese people have been found outside cafes and restaurants in France, which can be compared to the racist signages placed during the apartheid, posing the question of the extent of anti-Sino racism triggered by the semantics around coronavirus.

A wave of Sinophobia has washed over Italy with the outbreak of Coronavirus, triggering hysterical and shameful discrimination against the members of the Chinese Italian community. In an abysmal case, a 15-year-old Chinese Italian boy was told “What are you doing in Italy? Go away! You’re bringing us disease” and was physically assaulted with punches and kicks in Bologna upon the spread of coronavirus (Liu, 2020).

Children from Venice spat on two Chinese tourists and two Asian people were called “disgusting” and “filthy” and verbally abused by a passer-by in Florence. These cases, which should not be mistaken as isolated occurrences, bring to light how the Chinese connotation attached to coronavirus is snowballing into racist eventualities (Chen, 2020).

The panic and public hysteria triggered by the disease is manifesting in deeply racist acts in India. The North-East Indian community stands in the eye of the storm and is facing repeated harassment owing to the Chinese branding of the virus. In one of the several cases of harassment and discrimination against the North-East Indian community which have come to the forefront, a Manipur woman has claimed that a man allegedly spat at her while yelling ‘Corona’ in New Delhi. Sharing their traumatic experience, a social media user said, “It’s a double crisis for us, first battle with the virus and then with the societal virus of racism!” (India Today, 2020)

Meiyang Chang, a Bollywood singer and former Indian Idol contestant, revealed that two men on a speeding bike shouted ‘Corona’ while he was taking his morning walk in Mumbai. Many similar accounts of harassment have been unearthed in India, where the North-Eastern community is being shamed for the spread of the pandemic (India Today, 2020). Moreover, social media has been trending the hashtag #MakeChinaPay, with people urging the government to boycott Chinese products from entering the Indian markets (KRISHNAN, 2020).

While some argue that the accountability of containing the outbreak lies with the government of the country where it originated, it’s the people at the grassroots who are facing the brunt of the racist acts committed under the false garb of pinning responsibility. Racism seems to be just as contagious as the Coronavirus itself, hardening the differences between communities in times when global cooperation and coactions are highly solicited. At a time when the disease is not differentiating between nations and is tightening its grip around the entire globe, how prudent is it to fall into the entrapments of racism?

Mansheetal Singh
Author is Fellow at Institute for the Study of Global Antisemitism and Policy (ISGAP) and Research Intern at Observer Research Foundation (ORF).