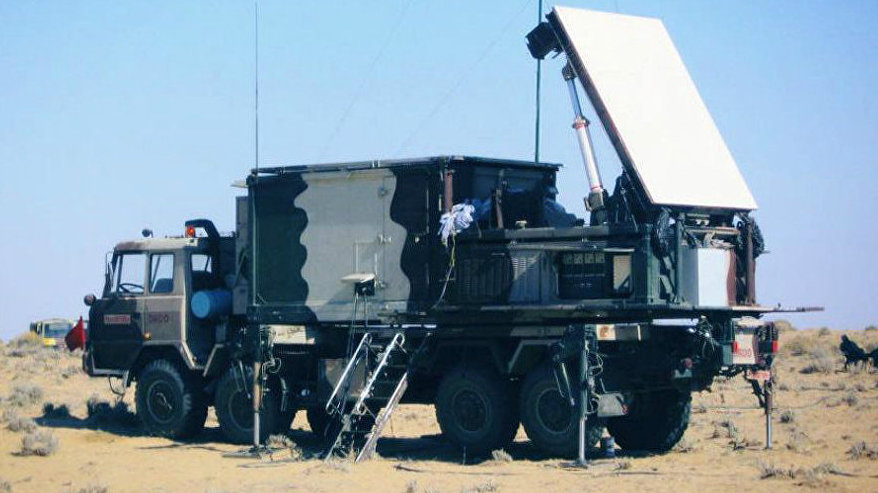 The Swathi WLR is indigenously designed and developed by Electronic and Radar Establishment (LRDE) – a laboratory under Defence Research and Development Organisation (DRDO) and manufactured by Bharat Electronics Limited (BEL). The Swathi WLR was inducted into the Indian Army in 2017 after extensive trial along the Line of Control (LOC). During 2019 India – Pakistan military standoff at LOC the Swathi WLR played an important role in suppressing heavy artillery fire from Pakistan. The Swathi WLR state-of-the-art PESA radar has a range of 50 kilometres and efficient in locating enemy’s weapon like mortars, shells and unguided rockets firing within its area of coverage. The above factor and competitive pricing must have swung the deal in favour of India. Given the security threat to Armenia, SWATHI WLR is expected to play a significant role in neutralizing rocket attacks from Azerbaijan. But there is also strategic importance to the defence deal that is aimed at to counter Turkey’s hostile behaviours towards India.

Turkey is a key ally of Pakistan and vocally support of Kashmir cause is stringently following detrimental policy against India. Turkey – Pakistan defence cooperation and strategic engagement is singularly aimed at to counter India’s influence in the region. Addressing at the 74th General Assembly, Turkey President Erdogan raised Kashmir issues and criticized India for imposing indefinite curfew in the Kashmir valley. He also said that a solution to the Kashmir issue, which has persisted for 72 years, can only be found through a dialogue between India and Pakistan. Pakistani Prime Minister Imran Khan praised Erdogan for raising the Kashmir issue in an international forum like the U.N. The New Delhi immediately rejected Turkey’s position on Kashmir, as an internal matter of India. However, Turkey continues to shower support to Pakistan. Turkish President Erdogan addressing a joint session of Parliament in Islamabad this year once again criticized India and supported Pakistan’s stance on Kashmir issues. During the state visit, both countries also reaffirmed their commitment to build strong defence cooperation.

Turkey President Erdogan’s speech not only undermines India’s legitimacy in Kashmir it also offsetting New Delhi’s influence in global politics. To step up the pressure on Turkey, India chooses to strengthen its diplomatic ties with three of Turkey’s neighbours and strong rivals Cyprus, Armenia and Greece at the sideline of the UN General Assembly. The three countries share deep animosity with Turkey are willing to partner with India to balance threats in the region. The Prime Minister Modi meeting with the leaders of the Caucasian nations is clearly signalled at Turkey for taking side with Pakistan against India. Particularly, PM Modi meeting with Armenian counterpart Pashinyan signifies the importance of improving trade and economic cooperation between two nations. PM Modi also “expressed interest of Indian companies to explore opportunities in IT, agro-processing, pharmaceuticals, tourism and other sectors of Armenia,” Now, the sale of Swathi to Armenia would significantly improve India – Armenia strategic and defence cooperation.

India – Armenian relationship is singularly free from any structural impediments. Dr Benyamin Poghosyan a Founder and Chairman, Centre for Political and Economic Strategic Studies, Armenia says, that the groundwork for present defence deal was laid out in 2011 when two Armenian state delegations visited New Delhi. Since then, Armenia is pursuing its interest to foster strong defence cooperation with India. The Vice President M. Hamid Ansari’s State Visit to Yerevan in April 2017 started a discussion on the defence cooperation, thus lead to the signing of three crucial agreements including a deal to build Earth Observation satellite for Armenia as well train Armenian scientist in handling the systems. As a part of a symbolic gesture, the delegation also paid a visit to the Armenian Genocide museum-memorial. In 2019, the Indian Ambassador to Armenia meeting with Armenian defence minister finally sealed an agreement on developing cooperation in military-technical, military education, training, peacekeeping, military medicine and other fields. Dr Poghosyan claims the deal has two strategic relevance to Armenia, firstly, Yerevan wants to diversify its sources of military equipment. Secondly, Russia is a key ally of Armenian, given Russia – India strategic partnership deals with India will make Russia less anxious than cooperation with NATO member states. Armenia facing an imminent threat from Azerbaijan and Turkey view the defence cooperation with Indian is paramount to its national security.

For India, the defence deal is a major diplomatic victory to counter Turkey’s hostile policy towards India. India also sees a huge opportunity in building relations with Armenia and the Caucasian region in general. Firstly, Armenia vocally supports India’s position on the Kashmir issue. Armenia has no diplomatic connection with Pakistan and totally convergence with India’s multilateral policy. In 2016, Armenia vetoed Pakistan’s request for observer status in the Parliamentary Assembly of the Collective Security Treaty Organisation (CSTO), in response to Pakistan aiding Azerbaijan in conflict against Armenia. Secondly, Armenia consistently supported India’s candidature for permanent membership of an expanded United Nations Security Council. Thirdly, Armenia has been using vintage Soviet-era equipment. India’s experience with equipment of Russian origin can be shared with them to meet their requirements.

India – Armenia relationship has entered a crucial phase. It is time for India to play an active role in the Caucasian region and put more emphasis on defence and technical cooperation with Greece and Cyprus, which will force Turkey to reconsideration its position against India.