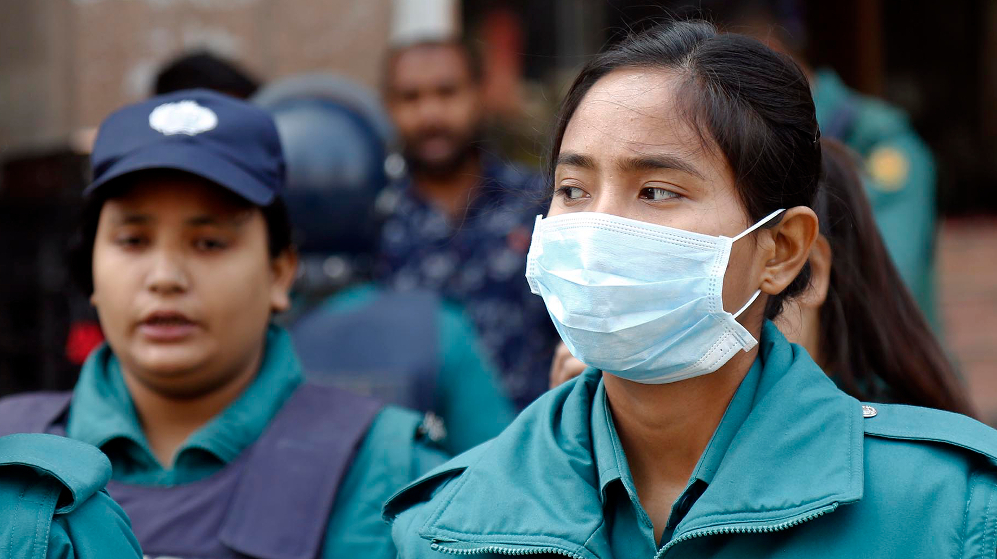 The entire world has been facing a war against the novel coronavirus. The WHO has recently announced COVID-19 as a global epidemic. Bangladesh confirmed its first three cases of COVID-19 on 8th March 2020 by Institute of Epidemiology, Diseases Control and Research (IEDCR). About 1,310 persons have been tested where 49 have been confirmed positive, 5 of them have died and 19 patients have recovered among them till 30th March.

On 25th March, 2020 the Prime Minister of Bangladesh Sheikh Hasina gave a speech considering the welfare of the nation. 26th March is the Independence Day of Bangladesh. PM announced to celebrate the day differently by staying at home and helping the government to save the country. The PM had stated, “I know, our country people are spending their days in a type of depression and fear, but we need to face the crisis situation with patience and bravery.” She also requested returned migrants to maintain the rules of ‘home quarantine’ and save everyone here. She assured that importance will be given to the health workers. She advised television media and social media to preach public awareness news and not to spread any fake news as the government will take strict measures towards fake news spreaders. She said, “If any troubled people want, they can take shelter in Bhasan Char which has been prepared for re-habitation of 1 lakh Rohingya population”.

Our government has taken many initiatives to handle the current crisis. From 17th March educational institutions have been closed for ensuring the safety of students and their families. In order to continue the school education of the children, the government has arranged to take classes through Shongshod Bangladesh Television. Ten days undeclared lockdown has been continuing which started from 26th March and will be continued till 4th April. Only daily necessary goods, medicines and hospitals are available. All internal public transportation services are also closed. From 24th March our army has been assisting district administration to maintain social distancing and increasing consciousness among general people in 61 districts.

The banking sector has been continuing its services limitedly. The time limitation of import money and export goods repatriation has been extended to six months. The government has announced a $58,823.53 package for export-dependent industries in order to ensure giving their workers payments. Water, gas and electricity supply services’ bills can be paid without fine till June.

The opposition leader Begum Khaleda Jia’s punishment has been suspended because of the COVID-19 crisis and she is in-home quarantine. And the opposition political party has demanded to the realisation of an emergency medical situation and to suspend all electoral activities for at least six months. They also recommended to the government to take immediate actions in order to socio-economic crisis management.

President of Bangladesh Garment Manufacturers and Exporters Association (BGMEA), Rubana Hoque has addressed the miserable condition of the garment’s purchase order and requested international buyers to help them by not dismissing their orders. She assured 12 lakhs workers that they will be given their payments, all of whom are living in uncertainty about livelihood. Another cloth exporting institution, Bangladesh Knitwear Manufacturers and Exporters Association (BKMEA) members have also expressed their fear of future uncertainty. The purchase order of $1.48 billion has been cancelled by buyers from different countries.

The government is working to control the epidemic, but it is a matter of sorrow that our country has to face the global corona crisis without pre-initiatives to handle it. And it is after a few days of first corona confirmation in Bangladesh when the government has taken some major measures regarding COVID-19 issue. In the first scenario, we have felt a lack of medical facilities suited for the treatment of corona patients. But then our Asian neighbours have helped us to manage the problem.

Information Ministry and Health Ministry announced two communique which seems unsuitable to the non-governmental television channel operators and BCS Health Cadre Association and the ministries have cancelled the communique. The BCS Health Cadre Association recommended the governmental organs not to stay apart and not to do hurry but to take initiatives through negotiation and cooperation as we all have to secure the fighting spirit of the nation in order to manage the universal crisis. 285 Bangali migrants returned only within two days of March 14 to 15 especially from Italy and Saudi Arabia. And 75 percent of the returnees have not maintained home quarantine. This is the major reason why Bangladesh is facing ‘community transmission’. Till 25th March more than 1 crore people have left Dhaka and caused a large scale internal movement as there has been announced a 10 days’ general vacation.

The Chinese government and non-governmental organizations have been assisting us by supplying every type of medical equipment. India has also assisted us according to their ‘Neighbor First Policy’.