Analysing Union Budget 2020 from an Economic Perspective: Resources and Allocations 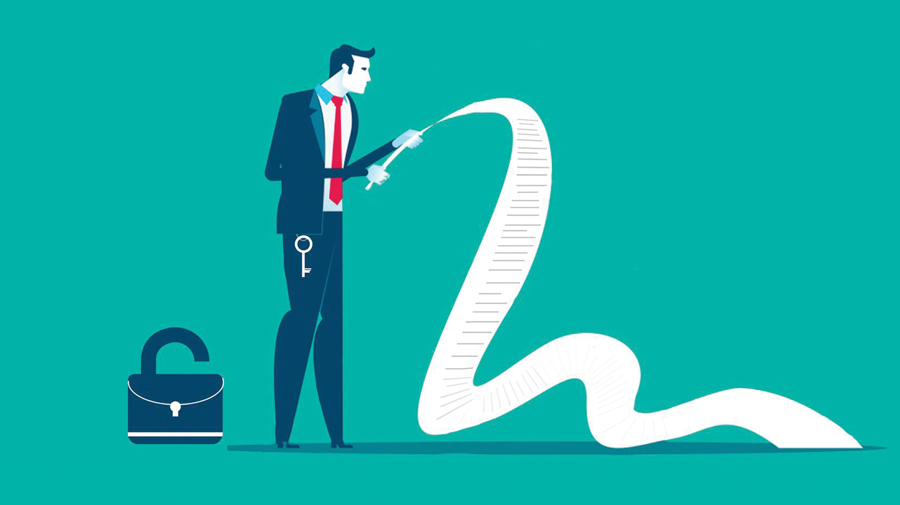 Amidst India’s economic slowdown characterised by constrained demand, rising borrowings, and falling tax revenues, Union Finance Minister Nirmala Sitharaman presented Budget 2020, which aimed at increasing household disposable income, inducing consumption and promoting infrastructure. Analysing Budgets in the context of the prevailing economic scenario is important. The three economic slowdowns within a short span of a decade have deterred the sentiments of Indian consumers and investors alike. The slackening of consumption and investment demand has adversely affected output and employment multipliers. The three overarching themes of the present Budget viz., Aspirational India, Economic Development and Caring Society envisage the vision of Government in the years to come. We focus on select few. Primarily, aspects pertaining to fiscal deficits, resource generation and agricultural resource allocation are analysed.

To begin, we commend the Finance Minister for having adopted an expansionary fiscal policy in times of economic slowdown. A fiscal deficit at 3.8 percent instead of the targeted 3.5 percent is justifiable in avoiding further slip in output multipliers. In Figure 1, we present the relationship between the gross fiscal deficit and GDP growth since 2000. It can be observed that fiscal policy has often been counter-cyclical. That is, periods of better growth have lower deficits. A quick estimation of the correlation between the two remains negative throughout the period at 0.6. In fact, the negative relationship has been much stronger during the early 2000s (-0.92), than during the recent decade (-0.47). With the present dip being cyclical, and not structural, adopting an expansionary fiscal policy is desirable, more so, when monetary expansion has not been very effective. Credible fiscal path supported by operational efficiencies and productivity, and also the rationalization of subsidies need to be supported.

A bold measure taken by the Government to generate revenue has been through major disinvestments of Government’s equity in public sector banks and financial institutions. Compared to the target of ₹1, 05,000 crore in FY 2019-20, the target this year has been raised to ₹ 2, 10, 000 crore  (₹ 1, 20, 000 crore from disinvestment in public sector undertakings and ₹ 90, 000 crore from disinvestment in LIC and IDBI Bank). Given the fall in GST collection and corporate tax revenues, non-tax revenues do help governments to raise resources, especially during times it is struggling to contain the fiscal deficit. Needless to say, should the disinvestment proceeds fall short of the target, attaining the targeted fiscal deficit at 3.5 percent will not be possible. Review of disinvestments since 1991, indicates a wide gap in proceeds collected vis. a vis. their targeted amounts. Should this recur, maintaining fiscal deficit at its projected level will be difficult? Understanding the rationale behind disinvestment too is important. If undertaken only to raise easy money, then surely such an approach is questionable. However, if the larger spirit is of promoting organizational efficiencies, then disinvestments should be encouraged. Arguably, more than ownership, what may matter for efficiency is the degree of competition that an enterprise is exposed to. If no change in market structure is expected, disinvestments remain a short-term tool for raising revenues, without any long-term productivity impacts. Often, the argument of double market failure too cannot be negated, especially while disinvesting enterprises that may have strong elements of market-failures. Furthermore, disinvesting giant organisations such as LIC and IDBI, without adequate regulatory mechanisms is a challenge the governments have to address, outside of the Union budget.

Agriculture, the often-neglected sector has generally experienced growth rates lower than desired or planned. Climate change, with its associated rising temperatures and declining and volatile precipitation levels have increased the vulnerability of those dependent on agriculture. With no revolutionary reforms since the mid-60s, agriculture has been a dampener in the overall growth story of India. Under such circumstances, the government’s commitment to doubling farmers’ income by 2022 is undoubtedly a welcome step. Since, it is well documented that increasing public investments in agricultural research and development, rural infrastructure, and education can help sustain long-term growth in agricultural production, we remain hopeful that the 16 point action agenda shall uplift the agricultural sector. An important way to assess whether government expenditure on agriculture reflects the economic importance of the sector is the Agricultural Orientation Index (AOI). It is the share of agriculture in total government expenditure divided by the share of agriculture in total GDP. For South Asia, and for India as well, the AOI has been traditionally lower than most regions of the world, except Sub-Saharan Africa. While focusing on 100 water-stressed districts and assisting 20 lakh farmers in setting up standalone solar pumps are steps in the right direction, more in this direction is desirable. Dovetailing MNREGA to develop fodder farms too is expected to have favourable impacts. However, ensuring the sustainability of these projects is equally important especially if viewed from the perspective of climate mitigation policies wherein rapid transformations of food and farming systems are essential to cope with a warmer world. Equally important is to address the system of cross-subsidies on fertilizers, water and electricity, which somehow remain under-addressed in the present budget.

Increasing the allocation to the Education sector as a part of ‘aspirational India’ too is a welcome step. It is undoubtedly important for realizing India’s demographic dividend. However, though the sector’s allocation has registered an increase of 5 percent, yet public expenditure on education as a share of GDP remains stagnant at about 3 percent. To the extent, such additional expenditures fructify in improving the outcomes of education, be it learning outcomes or improved skills well-aligned with requirements of the industry, provision of enhanced resources for education remains highly desirable. Several notable measures have also been announced for the health sector. Allocation of expenditure on Environment and Climate Change too is a move in the right direction, wherein ₹ 4400 crore has been allocated for ensuring cleaner air in cities above one million. The government’s “Housing for All” scheme has been given a boost as the Finance Minister has proposed to extend the time for availing the deduction of up to ₹1.5 lakhs for interest paid on loans taken for the purchase of affordable houses by an additional year. Extension of tax holiday by one more year is also a welcome step. Equally credible are the measures taken for the MSME’s.

The Budget also features the fulfillment of long-standing demand of the capital markets by scrapping the Dividend Distribution Tax that is presently paid by the corporations. The exemption on interest, dividends and capital gains for investment in infrastructure projects by sovereign wealth funds is a prominent step taken to tap into global pools of capital. The relaxation in the limits of foreign portfolio investment in corporate bonds from 9% to 15% is expected to increase investments in the Indian bond market. Insurance cover on bank deposits has been increased from ₹ 1, 00, 000 to ₹ 5, 00, 000 giving savers and investors a reason to be happy and instilling confidence in the financial instruments and markets. Further, though there were several expectations, especially with respect to private sector investments, exemption on Long Term Capital Gains, and improvement in financial markets, not all fructified. Additionally, given that the savings rate in the economy has been falling, surprisingly not enough has been done to incentivise domestic savings. Promoting Public-Private Partnerships (PPPs) to give a fill-up to the resource crunch, is a favourable move in the present budget, provided adequate steps are taken to ensure speedy approvals of PPPs, followed by their effective implementation.

In addition to several initiatives, the present budget has also devoted space to issues of governance and fiscal management on the one hand, and gender and women empowerment on the other. We are hopeful that the budget shall boost credibility, raise purchasing power, and strengthen India’s financial system.

6 replies on “Analysing Union Budget 2020 from an Economic Perspective: Resources and Allocations”