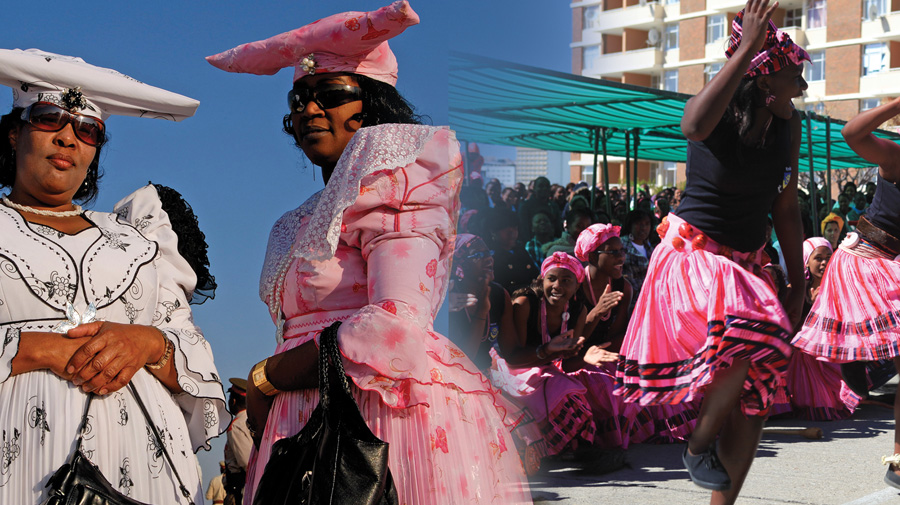 Rivera (2015) defines cultural relations as the exchange of the intrinsic aspects of culture (values, education, knowledge, art, music,) and identity among nations and nationalities to foster understanding and solidify relationships. In other words, cultural relations denote the mutual exchange of culture between peoples to cultivate lasting relationships based on, trust, and understanding without the active participation of government or political influence as this would otherwise translate into cultural diplomacy.

Perhaps the most prominent feature underpinning India-Namibia cultural relations is that both countries are home to multiple and diverse groups from various cultural religious and ethnic backgrounds. Namibia, a country hosting a population of 2.49 million and home to over 11 ethnic groups and over 30 languages, can be regarded as one that enjoys cultural diversity. India, on the other hand, has an enormous population of over 1, 37 billion (the second largest in the world) with the exact number of ethnic groups disputed1 and 22 languages2 recognised by the constitution. Seemingly, scholars estimate that Africa is the only continent which outranks the cultural, genetic and linguistic diversity of India (StatisticsTimes.com,2019; Hays,2008). Hays (2008) argues that India should not be regarded as a nation-state but rather as the hub of a major world civilization the size of Europe. A logical comparison of India and Namibia‘s cultures yield huge discrepancy yet the general outlook projected by these two countries, reflect and underscore the prevalence and dominance of cultural diversity.

Cultural relations between Namibia and India have been reinforced by yoga. Yoga, an ancient practice with origins in India dates back to centuries, as early as the era of civilization, is widely enjoyed in Namibia (Basavaraddi, 2015). So popular is this practice in Namibia, such that the country hosts numerous yoga retreats such as the Yoga Shala, Urban Zen Yoga, Myoga, Recline, Yoga Studio, Shanti Yoga, Pulse, and Lotus Studio (Yoga in Namibia,2016). As a means of appreciating “India’s gift to the world”, Namibia joins India and the world in commemorating International world yoga day, a fundamental aspect in cementing cultural ties. So immense are the benefits of yoga ranging from spiritual, mental to physical, such that yoga has been hailed as the science of healthy living. Moreover, its unique and invaluable nature has seen it being listed under India’s UNESCO Intangible Cultural Heritage (UNESCO,2019). Therefore, through embracing yoga, Namibia has managed to bolster its cultural relations with India.

Cultural relations between Namibia and India are also complemented by the Indian Council for Cultural Relations (ICCR). The ICCR is an independent body of the Government of India established to harmonize and strengthen cultural relations between India and other countries through offering scholarships, organizing international cultural exchanges, organizing camps and cultural tours and placements and supports the cultural centers associated with Indian diplomatic missions (UNESCO,2019). Resultantly, the ICCR has made an annual commitment of providing 22 scholarships to Namibians to pursue their studies (Undergraduate, Postgraduate PhD) across various universities in India through its ICCR Government of India Programme. Moreover, the ICCR has organized various cultural troupes notably the ‘Bhangra & Giddha’ troupe which visited Namibia from 11-13 October 2015 (MEA,2017). Through the ICCR, India’s culture has been exported to Namibia thereby promoting cultural harmony between the two countries. The Government of India with its flagship ITEC programmes has been causing a huge impact on mainstreaming the poorest and socially deprived population of the country. The yeomen work done by the Barefoot College of India in imparting technological training and later transfer of technology to the “Solar Mamas” are something as a never before outreach of India to the countries like Namibia under its renowned South-South Cooperation.

Namibia-India relations are also bolstered by cuisine and food culture. Namibia has a variety of restaurants that are exclusively reserved for serving and preparing Indian cuisine. These restaurants offer a wide range of Indian cuisine depicting the various cultures that exist in India. Actually, the Barilla Centre for Food and Nutrition (2009) affirms that food is key in underscoring the differences between groups, cultures and social classes, and is used to reinforce group identity. This is particularly true for India where each cuisine differs from state to state and from region to region(Namrata et al, 2016). Actually, Indian cuisines are a depiction and reflection of cultural symbolism accentuating and defining the multi-ethnicity and multi diversity of the country. India’s various cuisines and foods have gained worldwide preeminence ranking them as the  4th most popular in the world (Shukla,2019). So popular are Indian dishes that these are offered across a wide assortment of Namibian restaurants such as Garnish Indian Restaurant, Taste of India, Garnish Swakopmund and Desi Dhaba (Trip Advisor,2019). The overall effect has not only resulted in the diversification of Namibian food outlets rather, it has stretched to the realms of fortifying Namibian and Indian cultural ties.

Dressing culture is also at the heart of Namibian – Indian cultural relations. Clothes are a form of cultural identity and hence are at the core of cultural relations. Tuuda Namibian/Indian clothing line is a fashion house that sells Indian clothing to a wide range of customers including the local Namibian populace. In fact, the brand sells Indian fashion cloth converted to African Namibian fashions. This actually enhances the cultural relations between the two countries as most Namibian women have embraced the sarees3 and actually adorn it on some occasions after ordering it from this fashion outlet. Moreover, Namibia has endorsed an online shopping company- Cbazaar to sell a wide range of Indian ethnic wear thus creating and facilitating an avenue of cultural cohesion and coexistence between India and Namibia. Therefore, dressing culture is another way that has been initiated to form cultural synergies between Namibia and India.

Celebrating and remembering the pioneering lead figures of India has been another way through which Indian cultural relations have been strengthened. Celebrating Dr Ambedkars’s 125th Birthday in Namibia was an event celebrated at the Chancery Culture Centre on 13th April 2016 with a documentary screening on Dr Ambedkar4  and the Indian constitution characterizing this occasion. Additional celebrations were held at SRC High School with students being educated about the various notable works and achievements of Dr Ambedkar. Moreover, Namibia joined India in celebrating 150 years of Mahatma Gandhi (Ministry of External Affairs,2019.). This was crucial because Mahatma Gandhi holds a special place in India as his values and teachings5 continue to shape modern-day India. Therefore, through remembering India’s iconic figures, Namibia served to show its deep respect and appreciation of Indian culture and heritage. Apart from fulfilling diplomatic relations these events signified and emphasised the intrinsic core values of cultural relations between Namibia and India.