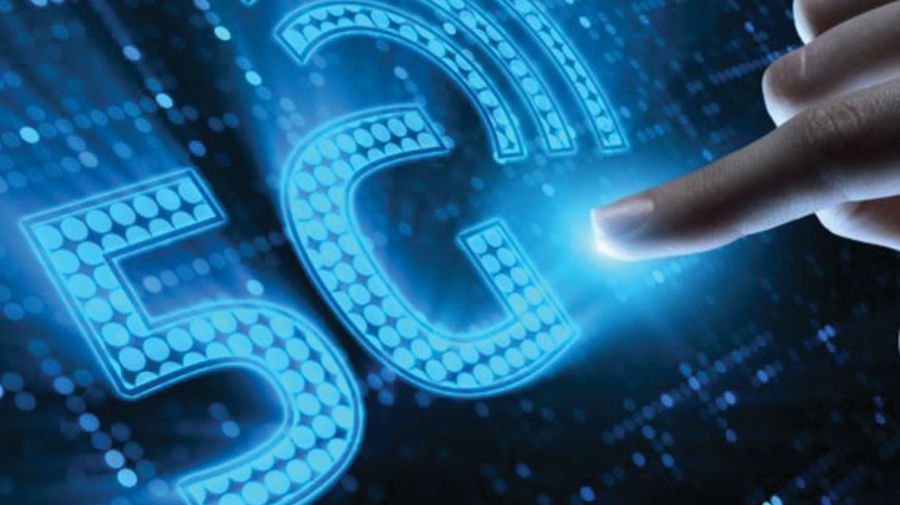 5G is the next generation of wireless technology that will boost data speeds and drive the Internet of Things (IoT), with the potential to bring radical changes in education, healthcare, agriculture and manufacturing. This new technology also has an edge on extensive connectivity, low power consumption and possesses high download speeds and magnitude that can enable autonomous vehicles, drones, remotely assisted surgeries and traffic control.

With the emergence of a fifth-generation cellular network, internet connectivity will get stronger and faster, especially in urban areas where consumption of data is at its peak. In India, currently, there are more than 480 million smartphone users. India will see internet users rise by about 40 percent and the number of smartphones to double by 2025, said a report ‘Digital India – Technology to Transform a Connection Nation’ by McKinsey Global Institute. India is one of the largest and fastest-growing markets for digital consumers, with 560 million internet subscribers in 2018, second only to China, it said.

It is also expected that underpinning digital sectors will have a two-fold threshold of USD 355-435 billion by 2025. Emerging economies like India is digitising faster than any other country in the world and its all-new rejuvenated technological temperament in the PM Modi led BJP government is indeed applaudable. Now the trials of 5G are already underway and expected to happen by March, the South Asian nation, traditionally a sluggard while embracing the latest technology in telecommunications, will follow South Korea, Germany and China where 5G services are offered last year. The high-speed and low latency service will help Prime Minister Narendra Modi’s ambitious Digital India plan to broaden Internet connectivity in all over India.

Previously, the arrival of Reliance Jio 4G sparked a telecom revolution in India and the data consumption had reached new milestones, the data cost had been reduced to Rs 12-14 per GB now from Rs 300-500 per GB in the pre-Jio days. It grasped the customer base of 370 million users in just 4 years. According to a report published by a global analytical company, CRISIL, there needs to be a minimum investment of 1 trillion INR by the Indian telecom companies to lay fibre network across the country. There has been a rivalry in telecom giants for the full-fledged launch of 5G. Telecom operators Bharti Airtel, Reliance Jio and Vodafone Idea have submitted their applications for 5G trials after teaming up with telecom equipment makers, Airtel collaborated with Huawei, ZTE, Ericsson and Nokia for 5G trials in the country, Vodafone Idea joined hands with Huawei as well, and Jio has partnered Samsung.

Operators have already started the testing procedure in various cities including private and government buildings. 5G network will be more cost-effective because of its increased bandwidth and decreased range of network coverage, nonetheless with 500 million users of the 4G network, yes India is ready for 5G network.

In India, the mobile data traffic per smartphone is increasing day by day with astounding speed, it has been enhanced by modernised cities like Mumbai, Delhi (NCR), Bengaluru and Hyderabad. The global telecom industry said ‘India alone will generate almost a quarter of the world’s new mobile subscribers after the introduction of 5G. This network will focus mainly on the urbane population because of its network coverage and bandwidth selection.

After the launch of the new network, the development and involvement of online content will increase significantly, resulting in a massive data explosion in the telecom industry. With greater speed comes the ability to move data faster. It’s no doubt faster connections allow us to connect and process data faster, we will be able to connect with more people. “5G wireless connectivity will introduce new solutions that will change the way we live our lives and the way companies do business,” says Darren Sadana, CEO of ChoiceIoT, a telecommunications company specializing in IoT and wireless connectivity.

To get the 5G networks live and running, the mobile operators have to invest in all network domains, including spectrum, radio access network (RAN) infrastructure, transmission, and core networks. These investments will ultimately help in reviving the striving telecom sector.

The adoption of 5G networks will promote the digitization process along with transferring India into a digitally competent economy. Improved telecom and Internet penetration will enable India to play a significant role in the digital economy.