The China Model in Combating Coronavirus and its Global Implications 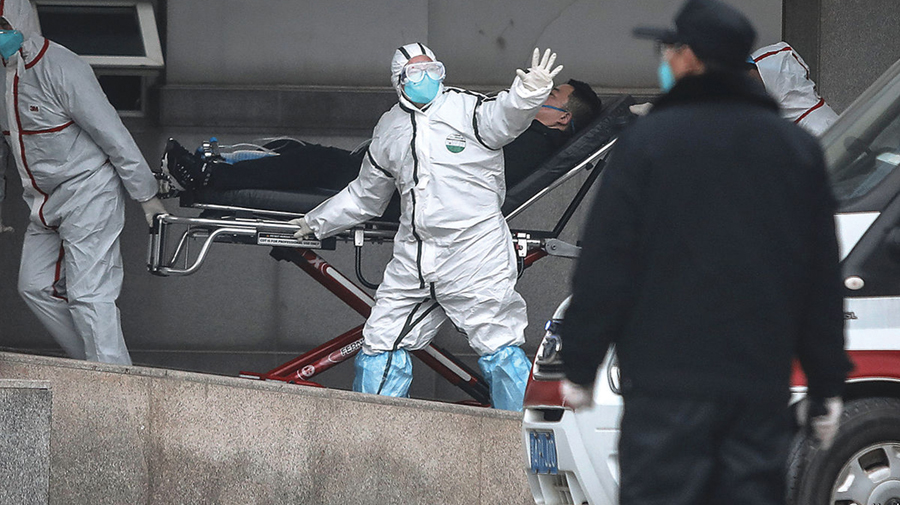 Since early 2020, China has withstood one of the gravest challenges in the field of public health, which claimed heavy casualties and economic losses. Confronted with this unprecedentedly hard-to-track coronavirus, which may be rivalled only by the 1918 Flu Pandemic in the past century, China encountered problems and temporary confusions in the initial stage, but its resilient and flexible governance structure steered the country through this shock and is now regaining the lost grounds not only in the combating of the epidemic but also in presenting its image as a responsible big power in the international arena.

China’s disease control and prevention system was greatly improved in its dealing with the SARS crisis in 2003, which played important roles in handling such crises as H1N1 and its likes efficiently. This brilliant performance nurtured an aura of inertia in its public health system when the coronavirus was first identified late December 2019, which saw slow responsiveness by some officials involved. To make matters worse, the timing of this insidious outbreak of the virus further complicated and delayed an efficient reaction due to the fact that Wuhan was going to stage the annual Two Sessions of the Hubei province, and more importantly, the whole country was going to enter into the traditional Chinese new year season, which involved massive temporary relocation of the Chinese people.

After the initial shock and panic, the municipal government decided to terminate the unregulated movement of the people in Wuhan, which in retrospect, effectively prevented the situation from deteriorating, and won the precious opportunity to redress the failures in the first stage. In such a large country like China, the initiative of the local government should be brought into full play so as to refrain from the central government being charged as too interventionist, which explains why Hubei was the main coordinator of the relief efforts in the beginning. Given the magnitude of the COVID-19 crisis, it spilled over to become a nation-wide health issue, which highlighted the fact that the central government should step in and take over the orchestration of the relief efforts. The first step taken is the reshuffling of government officials in the campaign, where those who are credited with the best expertise and good track record were substituted for those who failed to show strong leadership. This move was rewarded by the heightened morale of the people who were quarantined and a more streamlined system in the delivery of relief supplies was put in place.

The outbreak of the virus was one of the darkest swains this year, and no government can anticipate that it would evolve to a major health crisis without an omnipotent God’s perspective, but to what extent the crisis can be contained depends primarily upon the efficiency of the actions taken by the government. China’s leadership acted swiftly, which convened to discuss the overall strategies in fighting against the crisis, declaring an all-out war on the epidemic. The government promptly established a national framework of comprehensive, inter-agency response. From the central government to local governments, from urban to rural areas, the whole nation is battling the epidemic with resolve and self-sacrifice.

The pandemic crisis is a cross-country issue, which calls for global concerted efforts. President Xi has demonstrated great skills in communicating the information in China through great leader diplomacy. The Director-General of WHO, prime minister of Cambodia and the president of Mongolia are just a few on the list of guests he met in the wake of the health crisis, through whom the determination of the Chinese people in overcoming the difficulty was conveyed to the whole world and sympathy was sought in going through the thick and thin. President Xi also called more than ten political leaders in America, Europe, Asia, and Africa to update them on the latest developments of China’s efforts. He also wrote letters to business leaders expressing thanks to the assistance provided by the international organization. This open and transparent attitude won great acclaim and appreciation from the international community and more than 170 political leaders around the world in various forms expressed empathy and support for China. In the toughest times of the fight, world leaders and common citizens are standing firmly by the Chinese side. Japanese groups sent assistance supplies to China, attached with ancient Chinese poetic lines: “Fear not the want of armor, for mine is also yours to wear”, conveying a touching message of empathy from a close neighbour. Italian President Mattarella visited a school teemed with Chinese students and hosted a concert in the Quirinal Palace to voice support for China’s epidemic response.

Different from most Western countries, where citizens are loosely organized, China features a highly structured society comparable to a complicated network, in which most knots are connected both vertically and horizontally. This contributed a lot to the high efficiency of social mobilization. When quarantined, Wuhan citizens quickly formed into different organized units, of which the community workers were mobilized to guarantee that the new cases of infection can be reported and delivered to the hospital as quickly as possible and unnecessary movement of healthy people were minimized to reduce the hazards of being contaminated. This successful experience was quickly learnt and relayed throughout the country, which was praiseworthy since most Chinese people chose to withhold the freedom of moving to curtail the spreading of the pandemic.

Launched in 1983, China’s information-sharing system was further improved after the 2003 SARS crisis, in light of which all provinces and ministries-and-commissions of the State Council should designate a high-ranking official, who in most cases is the deputy of the department leader, to serve as the spokesperson, briefing the public major agendas. China has attached great importance to the institutionalization of the spokesperson mechanism, incorporating leading media experts into the national expert group in dealing with COVID-19, who can offer insightful guidance in information sharing. Since the outbreak of the pandemic, starting from Hubei and later followed by other provinces, daily joint press conference have been used as an important window to inform the public what is going on and top leaders of local governments make frequent appearances to respond to the questions from the press, which effectively ease potential public panic. Epidemic always goes hand in hand with rumors, which was aggravated by the penetration of the Internet and social media into every corner of the human world, but China’s approach successfully preempted the rampant circling of ill-grounded hearsays and other rumors. The updates of the pandemic are easily accessible via mass media and major internet platforms, including the up-to-the-minute information on the newly confirmed cases and the activity tracks of the suspected cases. Along with this comes a notice board listing the rumours and the real facts. The internet failed to be used as a hotbed for the spreading of rumours but utilized as an efficient educational tool. On the international dimension, China, acting in the spirit of openness and transparency, promptly notified the world about the outbreak and shared the genetic sequence of the virus and actively respond to various concerns and seek stronger cooperation with the world.

In China, a nationwide mechanism has been put in place and decisive measures have been taken to contain and mitigate the epidemic in a science-based, coordinated and targeted manner. The medical scientists in China worked around the clock to race against the virus, having isolated the first virus strain and developed the test reagents within one week; through the coordination by the central government, 20000-plus health professionals in more than one hundred medical teams from different provinces were gathered to affect the containment of the epidemic, with more than 10 talented doctors and nurses deceased, which exemplified professional dedication and won them the honour of “heroes in harm’s way”. A national collaborative network for diagnosis and treatment and a case database was set up for experts to analyze and draw experience from the cured cases to further improve the diagnostic and therapeutic package. Huoshenshan Hospital and Leishenshan Hospital, which would become a legend in world medical history, were built and well equipped with half a month by several thousand engineers and construction workers, to treat those confirmed cases, which played a pivotal role in successfully curtailing the spread of the epidemic. Braving freezing weather, community workers spare no efforts in checking on every block to ensure that no family in need is left unattended to. Volunteers work relentlessly to help deliver supplies and assistance to the affected regions. Overseas Chinese around the globe tried every possible means to make donations in cash to help battle the outbreak. The high speed and massive scale of China’s response are rarely seen in the world, which demonstrates the strengths of China’s system. WHO Director-General Tedros Adhanom Ghebreyesus praised China’s strategy to invest in fighting at the epicenter and the source as forceful and effective.

At the close of February, China has managed to put the pandemic in check, which was evidenced by the fact that starting from 28 January, the number of cured cases is overtaking that of fatalities and the number of newly reported confirmed cases outside Hubei has been declining in a row. The nationwide case-fatality rate is kept under 2.1 percent, far lower than that of other epidemics, and lower than the 17.4 percent rate of the 2009 H1N1 pandemic in the US.

Tedros commended China’s commitment to openness and transparency, timely release of information, quick identification of the virus and sharing of its genetic sequence, and decisive and forceful measures to curb the spread of the virus. In fact, China has taken more measures to contain the outbreak than it is required to do in such an emergency. It is setting a new standard for outbreak response for other countries.

As opposed to the staged victory scored by China, the situation outside China is likely to go out of control and chances are high that a global health crisis is pending. South Korea, Japan and Iran were hit hard by the virus while the pandemic is raging in Italy and German and reported cases of death has also been found in the United States.

It is too late to cry over spilt milk, especially when you have someone who is willing to share with you the dos and don’ts gained first-handed. What the China model in combating COVID-19 offers is not a ready-for-use formula, but some inspirations to other countries affected.

Combating catastrophic virus should be orchestrated by the government, which can most efficiently allocate resources to the proper place and communicate to the whole nation the decisions of the government on epidemic control to foster a sense of solidarity, instil greater confidence, and marshal a collective response. Among other equally important experiences, this point should be most highlighted.

In the face of the challenges the outbreak has posed to the world economic and social development, the whole world should join hands to coordinate the efforts to engage and then exterminate the virus. The alarm has been sounded for concerted action: united, we stand, divided, we fall.