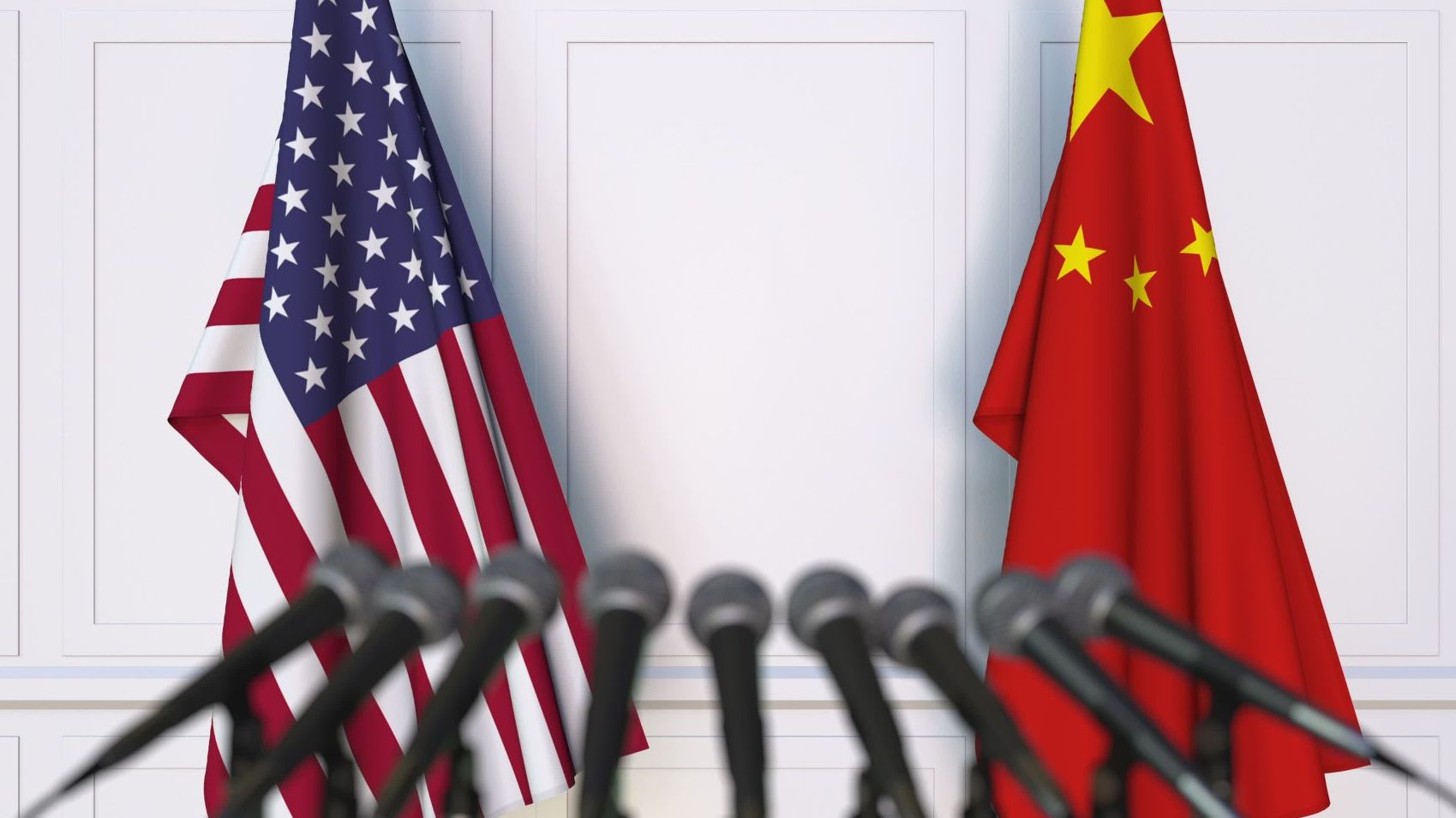 At a time when global flow and exchange of information is an imperative, US & China clash over the fourth estate

The US-China media war does not bode well for the world. As we have seen in the past few months, freedom of the press and free speech within China is essential for global growth and survival. It is a matter of public record that China’s cover-up of the COVID-19 outbreak and sparse early effort to contain the scourge, allowing it to spread, has imperilled more than 100 nations of the world. This has resulted in a pandemic resulting in an economic slowdown, widespread illness and disruption in global co-operation. It is an example of what implications the restriction on free press can have in an uber-connected world.

While the differences between the US and China with regard to media operations is nothing new, China’s treatment of media is not appreciated by the international community. The Chinese media in any part of the world, especially within China, operates under strict controls of the Communist party. While the industry has opened up to distribution and advertising, it has had no impact on editorial content. Government policies in China aim to achieve complete dominion over news coverage and provide leeway for editorial content that does not pose any threat to the stability of the party. President Xi Jinping has been described as the “planet’s leading censor and press freedom predator”, by Reporters Without Borders (RSF), a leading international non-profit and non-governmental organization that safeguards the right to freedom of information.

Cédric Alviani, head of RSF East Asia bureau, said about Beijing that “the regime does its best to exploit the freedom available to journalists in democratic countries in order to develop its propaganda network there while harassing foreign journalists on China’s soil.” Without press freedom in China, it is ironic that Chinese people also have to rely on foreign media to know what is actually happening in their own country. This is, for some Chinese citizens, the only platform to make their voice heard in order to push for people-friendly reforms in the country. It is clearly the Chinese people, in China, who are the top losers in this bargain.

On February 18th, 2020, decrying what US officials described as Beijing’s growing “propaganda”, the United States tightened rules on Chinese state media organizations. These organizations were classified as “foreign mission[s] under the Foreign Missions Act, which implied that they were ‘substantially owned or effectively controlled by a foreign government.’” The State Department said that five Chinese outlets – the China Global Television Network, Xinhua news agency, People’s Daily, China Radio International and the English publication, China Daily need prior approval for buying property. In addition, a list of employees was required to be submitted, which included the growing number of US citizens on their staff. However, this designation of ‘foreign mission’ did not curtail any reporting activities of these media outlets upholding the tenet of the free press.

This was a clear provocation to Beijing, who, on February 19th, 2020, retaliated by expelling three Wall Street Journal (WSJ) reporters, two US citizens – deputy bureau chief Josh Chin; reporter Chao Deng, along with reporter Philip Wen, a citizen of Australia. All three expelled were based in Beijing, with a track record of covering sensitive topics. One of these included the human rights abuses in Xinjiang, where China runs a network of internment camps for Muslim citizens.

The Journal was blamed for a supposedly “racist” op-ed headline calling China the “real sick man of Asia”. These reporters were ordered to leave within five days after WSJ declined to apologise to Chinese authorities. What was interesting, though, that none of these three had any role in writing the headline or the article, or even editing it.

This move came almost two decades after China had directly expelled any foreign reporters, although, in 2013, nine journalists were forced to leave the country as their reporting credentials had not been renewed. This drastic move of February 19th, can not only be seen as a response to the US decision but an indication of China’s propensity to manipulate information along with an acute sensitivity to international criticism during a crisis.

China further announced that more retaliations to be expected. Subsequently, on March 18th, 2020, in an unprecedented reprisal 13 journalists working for Washington Post, Wall Street Journal and The New York Times, were given 10 days to turn in their press cards, a step that effectively banned them from reporting in China. These journalists were those whose credentials were up for renewal in 2020. China went on to declare that these journalists from the three publications, would not be allowed to work from either Hong Kong or Macau. This remains a topic of debate, as Hong Kong’s governing Basic Law provides for freedom of the press, unlike that of mainland China.

The editor of the state-run tabloid, Global Times, Hu Xijin, warned that there may be additional retaliation by China and if the US & China go after each other’s journalists, the US has more to lose. He wrote this on Weibo, adding that there were 29 US media outlets with operations in China as compared with the Chinese, who had 19 outlets in the US. He said, “Whether the two sides fight in terms of numbers of people or the number of media outlets, it is the US that will suffer more.” Chinese foreign ministry stated that ‘unwarranted restrictions’ on China’s media outlets by the US subjected its reporters to ‘politically motivated oppression’ and made it difficult for them to operate freely to fulfil their responsibilities.

What is notable is that these expulsions match the timing of the US and China’s attempt to shift blame over the outbreak of the Corona Virus that emerged in Wuhan in December 2019. Struggling to get back to normal, from a virus that killed more than 3000 people in mainland China, the communist regime has propagated the idea that the virus was triggered by the US to destabilise China; while Donald Trump continues to call COVID-19, the “Chinese Virus”.

Analysts, however, say that China has always wanted to limit critical reporting within China, and now has the capacity to do so. The expulsion of foreign reporters, a number of whom have exposed issues such as the authorities’ mishandling of the Corona Virus outbreak in Wuhan or the re-education camps in Xinjiang reflects on an ‘emboldened Beijing’. This move delivers double impact for Beijing – a) it can stir up national pride with China demonstrating its strength to domestic audiences and b) demonstrate to the US that it is prepared to race to the bottom in decoupling. Plus, it can have an unsettling impact on journalists that remain in China.

In an op-ed carried in The Guardian on March 20th, 2020, Richard McGregor, Bureau Chief of Financial Times, Washington DC, said, “Increasingly powerful, Xi’s China believes it no longer needs Washington – or its foreign reporters – The ruling party and its leaders have long wanted to avoid the scrutiny of the foreign press. The expulsions show Beijing is confident in its growing might… the expulsions are much more than tit-for-tat actions that have characterised the crumbling superpower relationship over the past two years over everything from tariffs to military exercises and now the media”.

Marty Baron, Executive Editor, The Washington Post, said: “We unequivocally condemn any action by China to expel US reporters. The Chinese government’s decision is particularly regrettable because it comes in the midst of an unprecedented global crisis when clear and reliable information about the international response to Covid-19 is essential. Severely limiting the flow of that information, which China now seeks to do, only aggravates the situation.”

Dean Baquet, the executive editor of the New York Times, said China had made a “grave mistake” and advised the China and US governments to swiftly resolve the dispute. “We strongly condemn the decision of the Chinese authorities to expel American journalists, an action that is especially irresponsible at a time when the world needs the free and open flow of credible information about the coronavirus pandemic,” he said.

The expulsion of the journalists was met with severe reproach by the US Secretary of State Mike Pompeo, who said, “Mature, responsible countries understand that a free press reports fact and expresses opinion. The correct response is to present counter-arguments, not restrict speech.”

Matt Murray, the Wall Street Journal editor-in-chief, called it an “unprecedented attack on freedom of the press” at a time of crisis. “Trusted news reporting from and about China has never been more important. We oppose government interference with free press anywhere in the world. Our commitment to reporting fully and deeply on China is unchanged.”

Foreign reporters in China, especially those from the well-resourced US dailies, with international reach, are essential to get under the skin of an opaque and customarily secretive regime. Chinese reporters, on the other hand, can do little to add to authentic and in-depth information on the happenings in China. We also need to remember that many of the expelled journalists spent decades developing expertise on China, learning the language and building a network of contacts. In one blow of Xi’s axe, vast intellectual capital was expatriated both from China and Hong Kong.

Suppressing information about Corona Virus has come with unaccountable human and economic costs not restricted to China. Not only the US, but every country should advocate for the free press in China and push back against the creation of disinformation by Beijing. It is important to uphold freedom of the fourth estate at a time when the prevalence of fake news/propaganda has the potential to destabilise countries, creating deep and lasting fissures. It must, therefore, be a global priority to allow foreign media their authentic voice in countries across the world, including the US and China.