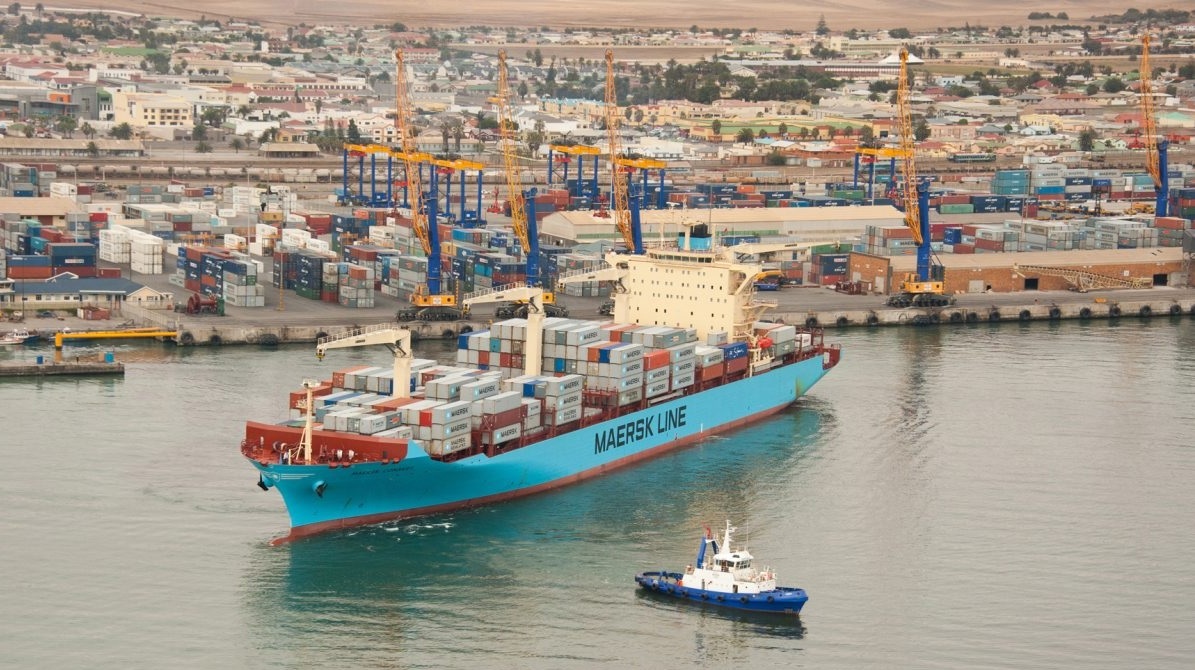 The location of Namibia in the world map seems to be conspicuously strategic in view of the globalized nature of business in today’s scenario. It is situated in the south-western coast of Africa and encircled by the Atlantic Ocean in the west, Botswana and Zimbabwe in the east, Angola in the north, South Africa in the south and also Zambia in the north-east. It offers exciting opportunities to both existing and potential investors in making investment and doing business in the entire southern African region. Namibia is linked by road to Angola, Zambia, Zimbabwe, Botswana and South Africa through different highways. Trans-Kalahari highway links Walvis Bay port located on the Atlantic coast to Botswana and Gauteng province of South Africa. Tans-Caprivi highway links Botswana, Zimbabwe, Zambia and the Democratic Republic of Congo to the port of Walvis Bay. This is currently known as the Walvis Bay-Ndola-Lubumbashi Development Corridor (WBNLDC). Trans-Cunene highway connects Angola with the Trans-Kalahari highway, which is again linked to the port of Walvis Bay. Of the three corridors connecting Walvis Bay with the Southern African Development Community (SADC) countries, WBNLDC is the busiest. The SADC region is endowed with diverse natural and mineral resources which serve as primary inputs to agriculture, manufacturing, construction, power and other sectors. The development of regional transport corridor through the SADC region acts as a catalyst to the economic growth of the whole southern African region through the export of the resources from the landlocked countries and import of commodities into them. The regional transport corridor reduces the shipping time from the landlocked countries to the markets of Western Europe and the Americas and vice versa by at least five days compared to the traditional routes in southern Africa. The port at Walvis Bay serves as the ideal gateway for the regional transport corridor linking the global economic centres with close to 300 million consumers in the SADC region.

However, Walvis Bay port is yet to be regarded as the major gateway to the landlocked areas of SADC unlike the existing Durban port located in South Africa or Dar es Salaam port located in Tanzania. These gateways already have well-established international logistics business communities that have close relationships with major clients doing business in the landlocked areas of SADC and long history of operational experiences to provide logistics services for them. Namibia, being sparsely populated, does not have large domestic markets, which would generate enough cargo volume and attract international logistics business operations. On the contrary, South Africa has a very large cargo demand due to the size of its economy. This has almost saturated the capacity of major ports and railway lines in South Africa, which has led to serious congestion, long transit time, security risks and deterioration in the quality of service, etc. Dar es Salaam port is highly inefficient and susceptible to corrupt practices. This phenomenon has created huge opportunities for Namibian routes despite low cargo demand in the domestic market. The routes of Namibia are characterized by both speed and safety. WNLDC route is the fastest route to the landlocked areas of SADC because of very little congestion and good condition of the route. As a result, the transit time of the WNLDC route is faster than other routes such as the north-south corridor or Dar es Salaam corridor. In addition, the time required for customs clearance is shorter and the risk of fraud is lower in Namibia than many other African countries. Namibia also has a modern financial sector, which is essential for international logistics.

Nevertheless, the Namibian route is plagued by several challenges. The most prominent challenge includes the limited number and capacity of logistics service providers working in the field of transit cargo which would provide services at internationally competitive prices. The second challenge includes a small domestic market where the logistics service providers charge higher prices than the international standard. Without volume, it is not likely that the present situation would change in favour of the Namibian route. The fastest manner to increase volume is to attract the global players in the international logistics business having a large client base in the SADC region to establish their large-scale operational bases in Namibia and use its ports as gateways. The third challenge includes bottlenecks in physical infrastructure including transport and border infrastructure and non-physical infrastructure including trade and investment facilitation, institutional arrangements, FDI promotion, etc. The new container terminal, commissioned at the Port of Walvis Bay in August 2019 has increased both capacity and efficiency of cargo throughput through the Namibian route. There are opportunities available to undertake additional measures for improving both physical and non-physical infrastructure which would attract private investment. Namibia has to transform its ‘Transport Corridor’ into the international standard as quickly as possible in order to attract international transit cargo to go through its ports and corridors. Only then it would be possible to turn Namibia into an ideal ‘Transport Corridor’ for the SADC region.

There exists an enormous potential to transform Namibia from a ‘Transport Corridor’ into an ‘Economic Corridor’ by means of value-adding activities, setting up distribution centres etc. Currently, exports from the SADC region are mainly dominated by unprocessed or minimally processed goods thereby fetching a very low-value return. Thus the region has not been able to achieve industrial development and structural transformation. In view of this, industrialization strategy of SADC seeks to transform the entire region economically and technologically through beneficiation and value addition to the region’s diverse resources. It intends to address the developmental challenges of the region by progressively moving from a factor-driven development phase to investment and efficiency phase, and finally to a mature regional economy driven by knowledge, innovation and business sophistication.

Keeping this in mind, Namibian Government set up Ministry of Industrialization, Trade and SME Development (MITSMED) in 2013. MITSMED is entrusted with the responsibility of promoting economic growth and development of Namibia through formulation and implementation of appropriate policies with a view to attract investment, increase trade and expand the country’s industrial base. Namibia is often described as the ‘Optimist’ of Africa and possesses a stable political and economic environment with a sound infrastructure. It has an abundance of mineral deposits including world-class diamond, uranium, copper, lead, zinc, gold, semi-precious stones, industrial minerals, salt, fluorspar etc. It has got rich fishing grounds, which places Namibia amongst the top 10 nations in the international fishing sector. Its agricultural sector is also quite important which includes crops like maize, wheat, pearl millet, beans, groundnuts, cotton, etc. and red meat industry. The tourism sector of Namibia is the fastest growing sector and most competitive in the world.

Namibia has entered into a preferential trade agreement with the SADC region as one of the 16-member states. It provides preferential incentives to manufacturing, particularly those that add value to local commodities. Namibia belongs to the Southern African Customs Union (SACU), which allows it to get duty and quota-free access to the South African market and others. Further, it enjoys duty and quota-free access to the US market under the Africa Growth and Opportunity Act (AGOA). In addition, it offers attractive fiscal incentives via its Export Processing Zone (EPZ) regime. The Namibian Government views FDI as a key component of economic development. Thus it proactively legislates and nurtures an environment that is attractive for FDI. Investment incentives and special tax incentives are available for certain sectors. All these developments indicate that Namibia has a wealth of attractions for off-shore companies looking for business opportunities in Namibia.

1 reply on “Namibia: A Global Investment Destination and Logistics Hub”