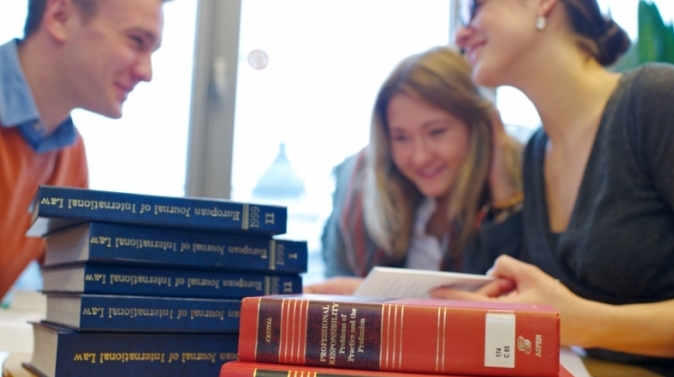 In this context, Latvian universities’ journey of internationalization has been unique. The universities in Latvia began to focus on international cooperation more after the 1990s, in fact, the discourse on internationalization of higher education was triggered due to the demographic changes in the country during the 1990s. Some of the recent trends in Latvia have been embedment of an international dimension in several Latvian universities, harmonization of education structures with universities’ participation in the Bologna process, changing role of universities towards being entrepreneur institutions and rise in distance learning courses. Latvia’s tertiary attainment ratio accounting to 42.8 percent was higher than the EU average of 39.1 percent. In 2015, 6 percent international students of Latvia’s tertiary population, was higher than that of the number of international students in Lithuania and Estonia, accounting for 4 percent and 5 percent respectively.  Similarly, the government expenditure on education was higher than the EU average in 2015. The Erasmus program has played a mammoth role in facilitating international cooperation and mobility of students and staff in higher education. Having joined Erasmus in 1999, there have 24700 Latvian higher education students and 500 Erasmus Mundus students and staff who have benefited from an Erasmus experience from 1999-2017. The presence of a vast number of students from France, Germany and Turkey in 2014 is a testimony to the diversity among Latvian higher education institutions.  In fact, in 2013-2014 Latvia was one of the top sending countries with regard to student mobility as well as work placement traineeships.

In order to understand the nuances of the deeper international university engagements in Latvia, it is important to explore the institutional measures and higher education milieu have shaped the international education landscape especially in Latvia. A recent study conducted at one of the higher education institutions in Latvia brought out interesting findings with regard to the practices and strategies implemented in order to boost its global visibility. There was a range of in-depth interviews conducted with different stakeholders within the university, who had contributed or participated in the international prospects of the select institution.

Since the 1990s, there has been a visible shift towards international engagements of Latvian universities. While national development remained a strategic priority prior to the fall of the iron curtain, universities were inclined towards co-operating with the Soviet Republic. However, in the past few years, there has been growing cooperation with European countries such as Germany, France, Austria, Hungary and Poland. Similarly, the study revealed that building research competences and participating in scientific projects drove internationalization process of the university.

The findings also shed light on the institutional priorities with regard to building international cooperation. While the number of incoming and outgoing students as well as international collaborations has seen a considerable rise, interestingly the number of international partners with which the institution has been cooperating, has not exponentially increased. The participants in the study affirmed that enhancing the quality of the existing institutional partnerships and building sustaining collaborations was considered as the institutional priority.  In fact, Latvia’s membership in the European Union has opened new avenues of cooperation for Latvian universities, paving way for institutional cooperation with universities in Europe as well as with other higher education institutions across the world. One of the participants shared that the institutional cooperation with the Indian universities has been growing and how Latvia has begun to be one of the destinations being actively considered by Indian students for higher education. The participants in the study stressed the pivotal role played by the Erasmus program in the mobility of scholars within Europe and the rest of the world. The significance of Erasmus and Erasmus Mundus have definitely encouraged incoming and outgoing mobility of international students in Latvia.

The linguistic landscape has had a considerable impact on international education and study prospects in Latvia. The findings highlighted how English continues to be the preferred language among international students. The importance of English as the language of communication in the workspaces was emphasized by the participants of the study.

In the past few years, Latvia has been one of the sought-after countries with regard to international students. With regard to building sustainable partnerships in higher education, cooperation between Latvia and India is set to develop further. The opening of the Latvian Embassy in New Delhi in 2014 was one of the important steps, moreover, the potential establishment of the Indian embassy in Latvia would be another important milestone in strengthening the bi-lateral cooperation between these two countries. A recent meeting in 2019 between the Foreign Affairs Ministers of Latvia and India discussed the possibilities of deepening mutual cooperation. The statement by the foreign affair minister of Latvia, “We have established quite good cooperation already in the area of exporting our education, and see a substantial increase in the number of students from India attending universities and institutions of higher education in Latvia,” indicates the countries’ keenness and interest in investing in education.

Pranjali Kirloskar
Author is a research scholar pursuing her PhD in the area of internationalization of higher education (IHE). She is also the coordinator of international collaborations at Manipal Centre for European Studies, Manipal Academy of Higher Education.
Tags:
development Latvia HigherEducation Europe EU Baltic
Share:
Share this...