Latvia: A Gateway to Northern Europe 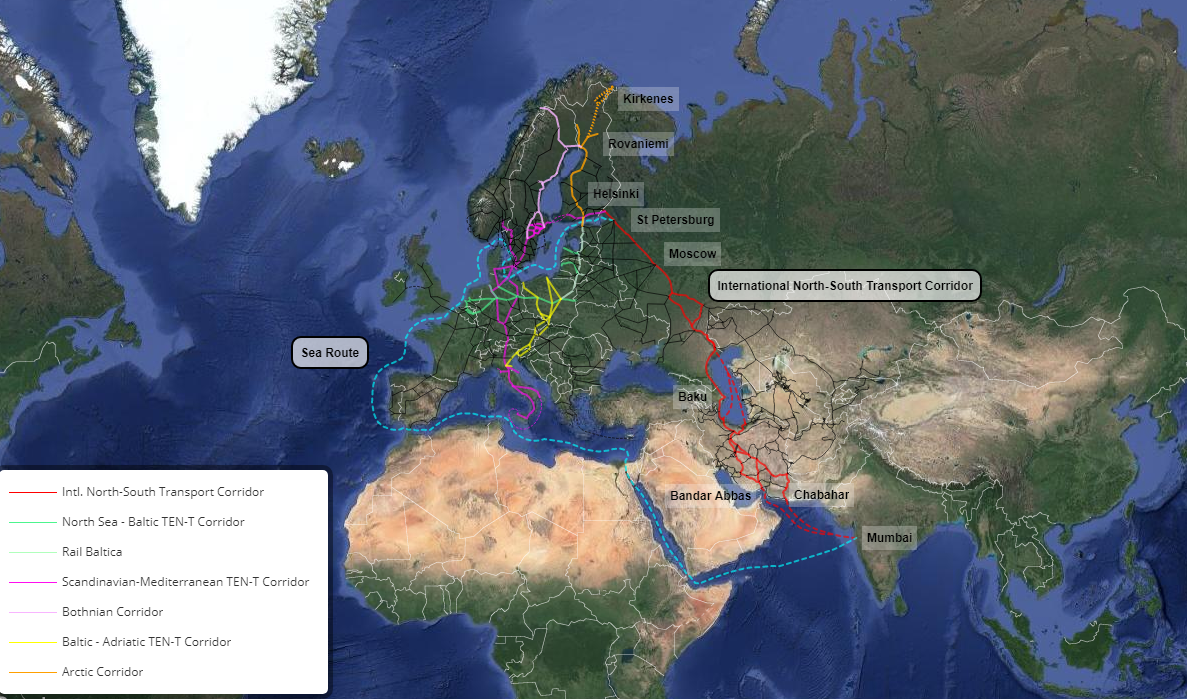 By the virtue of its strategic location in north-eastern Europe with a coastline along the Baltic Sea, Latvia is at the crossroads of the European Union and Eurasian region. Latvia is the closest border with Russia and Eurasia for almost all the European Union countries and has been called as a gateway to Northern Europe. This is so because it can provide a potential entry-point not only to the EU but also to the larger Eurasian region.

Since its accession to the European Union, Latvia has become a strategic location for the growing European transportation system – Trans-European Transport Network – Rail Baltica connecting the Baltic States to the existing larger European rail network. Rail Baltica is a rail transport infrastructure project with an aim to integrate the Baltic States into the European rail network. It was launched to improve rail connectivity between the three Baltic countries as well as to continental Europe and plans to create the first high-speed electrified conventional rail line with a maximum design speed. The 950 km track will connect Tallinn to Warsaw, a total of 729 km within the Baltic States, and a 235 km segment in Latvia. The Rail Baltica project is intended for both passenger and freight transport and additional infrastructure (rolling stock depots, passenger and freight terminals), to ensure the full compatibility of rail infrastructure with the rest of the European TEN-T network. It will provide competitive conditions for both passenger and cargo transportation and aims to improve the rail freight potential in the Baltic States. The railway line is a crucial element in the North Sea-Baltic Basic Network Corridor and the initiative is of great importance to the Baltic States.

Another key development in making Latvia as a gateway to Northern Europe is its development of three large all-weather ports in Riga, Ventspils and Liepaja. In 2016, more than 63 million tons of cargo was trans-shipped through Latvian ports. Latvian ports provide a full range of useful handling services including trans-shipment, consolidation, repackaging, customs documents processing, warehousing of customs cargo, cargo condition control, as well as other types of cargo handling and processing.

Latvia can play a central role in becoming a key trade and logistical gateway to Northern Europe and to a large extent to the European Union and larger Eurasian region. Since its independence in the 1990s, it has modernised and presented itself as an important transit link for goods and as an alternative to other logistical hubs in Europe. Its accession into the EU has resulted in strengthening its position to not only provide access to the larger European market or Schengen area but also to the East towards Eurasia. Now with its rapidly developing rail transportation lines as well as with all-weather ports, it serves as a gateway to Northern Europe. This is an opportunity for India to get involved in the country’s development trajectory not only to gain access to the larger European and Eurasian market but also to gain a substantial foothold in the region.

What’s in for India?

India-Latvia established diplomatic relations in the early 1990s after the dissolution of the USSR and since then, the relations have developed at a steady pace. With Latvia’s accession to the EU, Indian companies have been able to access the larger European market through Latvia. Its geostrategic position makes Latvia a bridge between the larger European Union and the Eurasian region. Also with the government introducing investment-friendly policies, and as stated earlier, the introduction of various infrastructural development projects, Latvia is slowly emerging to be the hub of Indian operations in Northern Europe.

Latvia has the potential of becoming the gateway to northern Europe for India. This is also evident from the fact that once India’s flagship initiative with Russia and Iran – International North-South Transport Corridor becomes operation, it can be connected with the infrastructural developments in Latvia. The INSTC is a land- and sea-based multi-modal transport network that will connect the Indian Ocean and the Persian Gulf with the Caspian Sea and then onwards to Russia and even northern Europe. The 7,200 km corridor could reduce the transit time to 25-30 days compared to 40-60 days taken at present via the Suez Canal route. The INSTC also reduces carriage costs by 30 percent and transit time by 40 percent.

As Latvia is collaborating with the EU initiatives for connectivity, it could also be studied how these projects can be integrated with INSTC. In the Trans-European Transport Network, the North Sea-Baltic TEN-T Core Network Corridor is of extreme importance as it further connects with different projects from Rail Baltica which would include new intermodal freight terminals and multi-modal passenger terminals, and connect Helsinki, Tallinn, Pärnu, Riga Central, Riga Aiport, Panevežys, Kaunas, Vilnius and Warsaw. As Warsaw is already linked to Berlin by rail, the Baltic States would benefit from a corridor that goes onwards to the major cities and ports of Europe – Hamburg, Bremen, Bremerhaven, Cologne, Frankfurt, Amsterdam, Rotterdam, Brussels and Antwerp. If this synchronisation is successful, it will link INSTC with Northern Europe and to a large extent Western Europe thereby providing an impetus to Asia-Eurasia-Europe connectivity. Also, this region could emerge as the next hub of logistics with a two-way flow of people and goods between Asia and Europe.

The political will and push is also crucial in connecting Latvia and India. With India emerging as an economic powerhouse, Edvīns Bērzinš, President of the Latvian state-owned JSC Latvian Railway, in 2017, visited India to discuss the support measures for Indian firms that use Latvia’s ports as a gateway for exports or imports to Northern Europe and Eurasian markets, as well as the synchronisation of the Latvian Railways with the INSTC. Also, the Latvian Prime Minister Maris Kučinskis led a trade delegation to India in 2017 and said that Latvia’s participation in the INSTC would offer access to the Baltic Sea, with the Port of Riga and Latvian rail infrastructure enabling Latvia to serve as India’s gateway to Europe. He also discussed the potential synchronisation of Rail Baltica with the INSTC. Latvian Prime Minister said, “Latvia wants to widen and deepen the economic cooperation with India while seeking to revive the ‘Amber Way’ — an ancient route that linked India and Latvia”.

Latvia is part of the EU and NATO and is not only rapidly growing economies but is also technologically advanced – an area where India is trying to develop its own expertise. Simultaneously, Latvia is trying to expand its role beyond the EU and NATO and is trying to create its own distinctive identity based on its strengths. Latvia is emerging as an international logistical hub, which can act as the gateway for Indian companies to advance their presence not only in the European market but to a larger Eurasian market as well. Also, one of the most important projects under EU’s Trans-European Transport Network – Rail Baltica connecting the Baltic States to the existing larger European rail network is underway – India can take advantage of these rail networks to connect to the larger continent. Moreover, the Latvian government has taken several initiatives to make the country investment-friendly and has developed all-weather ports making Latvia a logistical hub in the region. This offers a huge opportunity for Indian companies to enter the larger markets through Latvia.

*The views expressed are that of the Researcher and not of the Council.