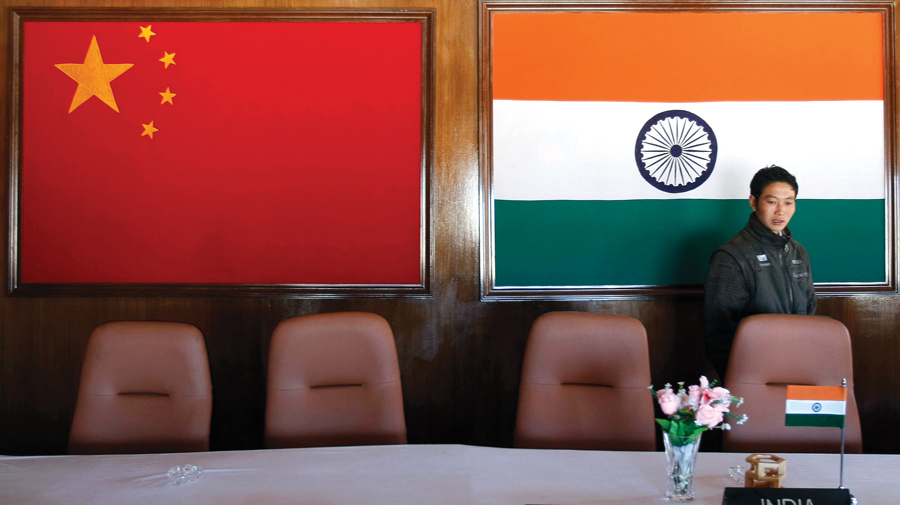 Sino-India relationship is a multi-dimensional engagement characterised not merely by civilizational linkages or politico-economic contexts. The popular media representations on both sides also play a pivotal role in driving public emotions that can sufficiently influence, if not re-define, the political discourse. Thus, to ensure a strategic depth in bilateral cooperation amid such geopolitical manoeuvring, it is imperative that Track II diplomacy is given a due impetus.

During the first week of December 2019, a group of Indian scholars interacted with their counterparts from think-tanks, universities, government, and institutions across three Chinese cities of Beijing, Chengdu and Kunming. They deliberated on multifarious dimensions of Sino-India relations with an urge to comprehend each other’s narratives – mostly divergent. The aim was to focus on mutual concerns and perspectives pertinent to issues as diverse as Regional Comprehensive Economic Partnership (RCEP) negotiations, Indo-Pacific geopolitics, and South Asian regionalism among many other issues of interest. Of course, the deliberations were not without divergences and intellectual discomforts.

One of the key questions that is shaping the popular perception in China is whether India lacks the enthusiasm to join RCEP – the mega-agreement. The Chinese scholars too have been quite sceptical about it. The Indian scholars, however, clearly asserted India’s willingness to join RCEP – as has been evident in the political discourse as well over several years – but considering the needs of Indian businesses as well. RCEP negotiations must create a level-playing field and should not undermine India’s economic interests. India has trade deficit with most of the RCEP countries, and with China alone, this figure stands at $57.3 billion. Therefore, there have been many valid concerns expressed by the Indian industries which have led the government to reconsider its stand on RCEP. The Indian side also clearly communicated that RCEP, therefore, should consider the concerns e.g. shifting base year for tariff cuts from 2014 to 2019, including more commodities in auto-trigger mechanism to counter uncontrolled import surges, and, stricter rules of origin. Besides trade deficit, it has been seen that the Indian information technology sector has also faced barriers in entering the Chinese market. For India, trade in services has developed into a core area of competitiveness. So, a better deal in the services sector in mega-agreements like the RCEP is also indispensable.

Another key issue in popular discourse is about the Indo-Pacific geopolitics, and of course, this was evident during the deliberations too. The Chinese scholars are wary of the concept of Indo-Pacific itself because it now incorporates India – as against the Asia-Pacific construct. Also, the role and intent of the United States in the region remains questionable for them. The Chinese scholars have at least five critical concerns related to the Indo-Pacific construct itself viz. a) it is not merely a geographic construct – it is more than that, b) it does not seem to be Asia-centric – what is the United States doing there? c) it has many versions – which one is correct? d) if this construct has economic implications – we haven’t seen any! and e) is India interested to invite China to be a part of it? and when? The Indian side, therefore, focused on deconstructing the essence and mandate of Asia-Pacific and Indo-Pacific as being an economic integration effort in Asia-Pacific versus a geo-economic landscape which excludes no nation. The Indo-Pacific construct has economic implications and it pertains to multiple enablers like regional connectivity, global value chains, south-south cooperation, resource diplomacy, and, trade capacity building.

Moreover, the role of Quadrilateral Security Dialogue (Quad) is also seen by the Chinese as a matter of concern as they apparently view it as being positioned against China. It was, however, affirmed that security alignments like the Quad aims to create a region-wide synergy in terms of security issues, and is not directed against anyone. In fact, the Chinese policies and its assertive roles in the region and the seas have possibly compelled other Asian countries like Japan or Vietnam to look toward the United States. Nonetheless, amid several stances on Indo-Pacific put forth by different countries including Japan, the United States and India, the underlying principles remain the same viz. a rule-based order, and, the free, open and inclusive region. The Indo-Pacific construct thus is inclusive, and excludes no nation – not even China!

Importantly, a key concern before the Indian side is the South Asian regionalism and the increasing role of China in India’s neighbourhood. Whereas the Chinese scholars clearly asserted that South Asia was very relevant to China as well, they also pointed out their concerns about the increasing American role in the South Asian affairs as well as in the countries of the Bay of Bengal Initiative for Multi-Sectoral Technical and Economic Cooperation. However, when one factor in China in Indo-Pak relations, at least two dimensions emanate from it: connectivity and security. Whereas India’s key concerns on connectivity issue pertain to its sovereignty with regard to the path of China-Pakistan Economic Corridor, the security concerns are raised owing to terrorism and China’s growing camaraderie with Pakistan, thereby adding to trust deficit in Sino-India relations.

The discourse on Sino-India ties may also be seen in a broader perspective that superimposes South Asian economic regionalism with a Southeast Asian perspective. However, China’s growing interventions – both strategic and political – in India’s neighbourhood including those in Myanmar and Sri Lanka remains a cause of concern.

In lieu of a conclusion

The Indian side clearly asserted that China cannot believe in a multipolar world, but a unipolar Asia! Rather, the synergistic cooperation between the two countries should be developed and leveraged for strengthening the Asian integration efforts. Overall, the narratives were thoughtfully developed by both sides. They were solution-centric in orientation and considered a plethora of issues in a candid, yet intellectually stimulating discussion format. There were honest convergences, and issue-based divergences too! But pragmatism prevails – as such dialogues among scholars from both sides do create quality policy inputs for deepening Sino-India engagements.