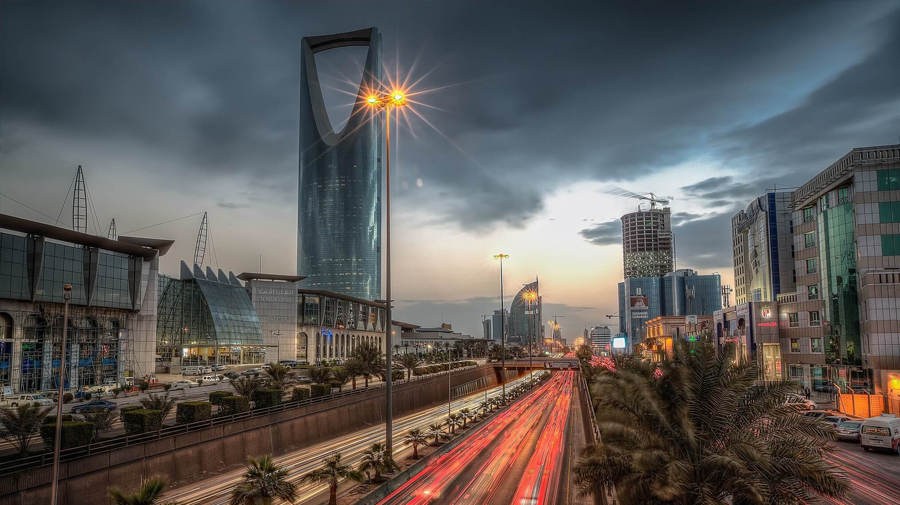 In October 2017, at the first Future Investment Initiative (FII) – dubbed the ‘Davos in the Desert – Saudi Crown Prince Muhammad bin-Salman announced that the Kingdom was going to develop a $500 billion futuristic city, NEOM at its Red Sea coast near Egyptian and Jordanian borders. As the key pillar of the national transformation plan, called the Saudi Vision 2030, the brand-new city in the desert was envisioned as a hub of Fourth Industrial Revolution (FIR) and innovation. It also underlined Crown Prince’s big-bang approach to economic reforms. Since 2017, the FII has become an annual event hosted by Public Investment Fund of Saudi Arabia, the Kingdom’s Sovereign Wealth Fund. At the latest edition of the FII, Indian Prime Minister Narendra Modi and Brazilian President Jair Bolsorano took the centre stage along with King Abdullah II of Jordan and four African leaders. Kingdom’s guest list for the grand gathering of world business community and policymakers leaves no doubt about the importance attached to emerging markets for the success of its economic diversification plans. Delivering the key-note address, PM Modi promised a stable, predictable and transparent policy regime to catalyse foreign investments in the key energy sector, infrastructure and start-ups.

The declared goal of the Saudi Vision 2030 is to prepare for the post-oil era by promoting the localisation of the Saudi economy, attracting long term direct investment and forging strategic partnerships with global players. The idea is to propel localisation of the economy by attracting entire supply chains in the military, renewable energy, and industrial equipment sectors, which have a high potential for generating employment for its skilled youth population while increasing the non-oil export revenue. According to the proponents of reforms, the Kingdom of Saudi Arabia, owing to its strategic location and the leading Arabic and Islamic role it has played over past decades should prepare to take a new role of the powerhouse of investment and entrepreneurship in the region. For executing its massive economic undertakings, Kingdom is in the process of creating the largest sovereign wealth fund in the world by listing the state-owned oil giant Aramco on Saudi stock exchange and international exchanges in what is expected to be world’s biggest initial public offering (IPO). After nearly two years of speculations, last month it was announced that the Aramco will sell just 1.5% of its shares.

In tune with the strategic priority of diversifying its economic base, that is generating revenue from diverse sources rather than depending on single commodity export, Public Investment Fund, the main investment arm of the kingdom, has been actively exploring the opportunities for creating financial assets abroad. Globally, SVFs tend to be interested in portfolio investors, picking up stakes in specific projects, rather than making direct investments. In August 2019, Aramco acquired a 20 percent stake in Reliance Industries’ refining and petrochemical business. The $15 billion deal will allow Aramco to double its daily processing capacity to as much as 10 million barrels of crude oil by 2030. Such massive investments assume strategic importance, major energy producers, for locking-in consumers at a time when the world is moving away from fossil fuels to green energy. India for its part is keen to guarantee its energy security against any disruption in the oil flow by regional stability in the Persian Gulf region. To deal with any contingency, India has built 5.33 million-tons of underground reserves in three locations, enough to meet about 10 days of country’s oil needs. India and Saudi Arabia, therefore both have interests in deepening their energy partnership. On the sidelines of the recent edition of the FII, Indian Strategic Petroleum Reserves Limited and Aramco inked an agreement which will allow the Saudi oil giant to lease part of the 2.5 million tonne Padur storage in Karnataka. Earlier during bin Salman’s visit in February, 2019, the two countries signed MoU for Saudi investment in National Investment and Infrastructure Fund (NIIF), paving the way for expanding bilateral economic cooperation. Saudi Arabia has also shown interest in buying stakes in the public-sector Maharatna oil and gas company Bharat Petroleum Corporation Ltd. (BPCL). To keep its fiscal deficit target of 3.3 percent of the Gross Domestic Product (GDP), the Indian government has given approval for strategic disinvestment of 23 Central Public Sector Enterprises. The list includes government’s 53.29 percent stakes in BPCL worth about INR 630 billion. Aramco’s investments in India’s energy sector, especially in the public sector companies would be a crucial endorsement of the profitability of Indian financial assets and generating global interest, given Saudi Aramco remains the most profitable enterprise in the world.

The success of Kingdom’s ambitious Vision 2030 in realising its goal of creating a vibrant private sector capable of generating employment for youth and women in the country will depend on the ability of the country to attract the capital and talent from across the world. Towards this aim, in May 2019, Saudi Arabian General Investment Authority (SAGIA) announced a residence permit scheme for qualified international expatriates. The residency permit is similar to green card system in other countries as it would enable expatriates in Saudi Arabia to gain access to a range of additional privileges alongside their residency, including allocating visas for their families and enabling them to own real estate in the Kingdom. The majority of Indian immigrants in the Gulf including Saudi

Arabia are unskilled and semi-skilled workers, who have played a significant role in the oil-driven growth of the country. This new scheme has the potential to change the pattern by encouraging high-value immigration making an India a partner in the Kingdom’s journey to be the regional innovation hub.