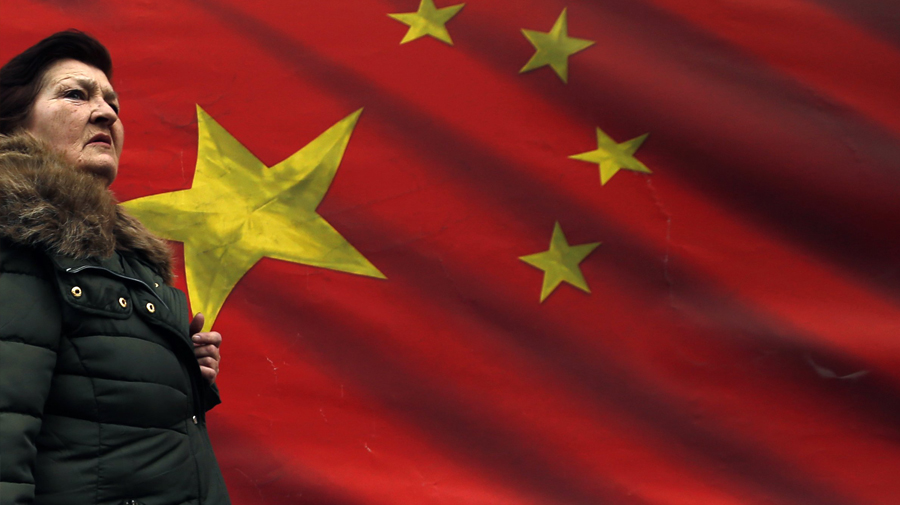 If not, from the distant past; Europe has been the pivot of the whole world politically, strategically and economically after the industrial revolution. Natural forces of the geography have edited and designed the shape and size of this continent in such a way that it helped eventually to play its historical role in the arena of world affairs in a very gigantic way. Geographical conditions gave the continent a suitable scope for political and economic churning within and with the advancement of naval connectivity, it drove the whole world politically and economically. Central & Eastern Europe (CEE) region play a decisive role while connecting and impacting the whole Asian continent. In contrast; this is the time when Asian countries, especially China is trying hard to connect and to impact decisively the CEE region of Europe.

“If you want to get rich, first build a road.” (A Chinese Saying)

The Belt and Road Initiative, the brainchild of Chinese President Xi Jinping; is the most ambitious infrastructure investment outreach in history starting from the year 2013. Referred to as New Silk Road, it comprises also the 21st Century Maritime Silk Road that would stretch from East Asia to Europe and trying to connect the Pacific to the Atlantic. What initially termed as ‘One Belt, One Road’ has become actually ‘Many Belts, Many Roads’ as China has been investing hugely in CEE region along with the other parts of the world. About one hundred countries have signed MoUs with China under BRI initiative. Europe is the western extent of BRI where it completes its span. Approximately; 35 cities of China have been connected to 34 European cities through transport and trade links. Europe is the major beneficiary of Chinese investments broadly in the sectors of Energy, Telecommunications and Real estate. With a slow growth rate of the economy and growing unemployability rate, the CEE region has welcomed this huge investment made by China. This brought the opportunity for China to virtually control about one-tenth of European port capacity in South (Greece, Italy and Spain) and at the centre of the continent with Zeebrugge in Belgium. The financial institutions of the EU are also indulged directly and indirectly with BRI initiative. Along with Italy and Greece, 22 other countries of European countries are in close cooperation with China with or without coming under the umbrella of BRI. It is not the case that only the countries who have signed MoUs with China under the umbrella of BRI got benefited with Chinese investment, the major chunk of Chinese investment goes to the UK, Germany and France and all three have not signed the BRI initiative. UK is the largest European beneficiary of Chinese FDI for 2018, this is an important development especially in the context of Brexit. Duisburg port of Germany has been developed as the central logistics hub, about 80 percent of trains coming from China stop here. China has become the second-largest trader to the EU after the USA.

The Economic Development Strategy of China which sometimes termed as ‘Made in China 2025’ is all about pouring money in Europe but surely it has come with political implications attached. On the matter of the South China Sea, the statement of the EU has been made liquidated and benign towards China, Hungary and Greece have chosen to use conciliatory tone over Human Rights violation records of China. This also has been evident that China has exploited the media resources in Europe and tried to promulgate the counter-narratives on ongoing Hongkong protests through Chinese officials’ interviews, articles in the local media and newspapers. Security implications of Chinese involvement in Europe are also of growing concern. In 2017, Chinese warships roamed around the Greek port of Piraeus managed by COSCO (China Ocean Shipping Company Limited), this immediately invited the attention of European decision-makers, especially when they are aware of the Chinese dual use of commercial ports in South Asia for submarine docking and PLA-N logistics. Furthermore; The Sino-Russian Joint Naval Exercise in the Baltic Sea offered enough unease to Brussels. The quest of China becoming a superpower is satisfying in the CEE region as here China has already become a superpower, its penetration at several layers is evident. In the old city of Dubrovnik in Croatia, the 9th chapter of 16+1 (now 17+1) Summit was held in April 2019. The progression of this summit shows that gradually CEE is coming under the decisive influence of China but at the same time political, economic and security concerns are also coming on the surface. Nations are demanding more clarity and transparency in Chinese exercises in Europe. While the USA has taken a hard stand on China, openly referring the country as a rival in various aspects, countries of Europe are divided politically to take such a stance. On the matter of Huawei, it was evident that the EU and the USA were largely divided, UK and Germany have approved the operations of Huawei.

India was the first country in the line of other countries who expressed the ambiguity and lack of transparency in the idea of BRI and its non-adherence to International norms. Germany’s chancellor Angela Markel expressed openly that growing Chinese influence in the region is the ‘Greatest Challenge’ and pointed out that Chinese investment should not be linked with political questions. Then-President of European Commission Jean-Claude Juncker warned in stern words about foreign acquisitions of strategic assets like ports, clearly

indicating Chinese operations. As the trade war between the USA and China is growing and China has not been able to clarify its stand at times and several promises turned out merely as lip service, it seems Europe has started re-evaluating its policies with respect to the China challenge. After 2018, many European countries have initiated FDI screening regimes to deal with Chinese ambitious investment plans. Purchasing ports, building bridges and investing in peripheral countries of Europe are now being considered as a threat to the very idea of the European community. USA termed BRI as trojan horse and European Union Commission in its recent report referred to China as ‘Systemic Rival’ and ‘Strategic Competitor’. As the EU is interested in increasing security engagement as well as economic engagements with and in Asia, India is offering the obvious partnership in the context. Visits of Indian Prime Minister, President and Vice President to the European countries have paved the way in this direction in a more concrete manner. On the credibility parameter, India is having flying colour record, the question lies on the capability side. With the active Indian partnerships of USA, Germany, France, Japan and the geopolitical role of India in Indo-Pacific area which controls more than 35 percent of all European exports, India has better prospects even in capability context, too. Ambitious China and uncertain USA of Trump have built better prospect for India-EU partnership. The procession of EU-India Summit, India-Nordic Summit and India-Europe 29 Business Forum together is building a firm foundation for the prospective EU-India engagements