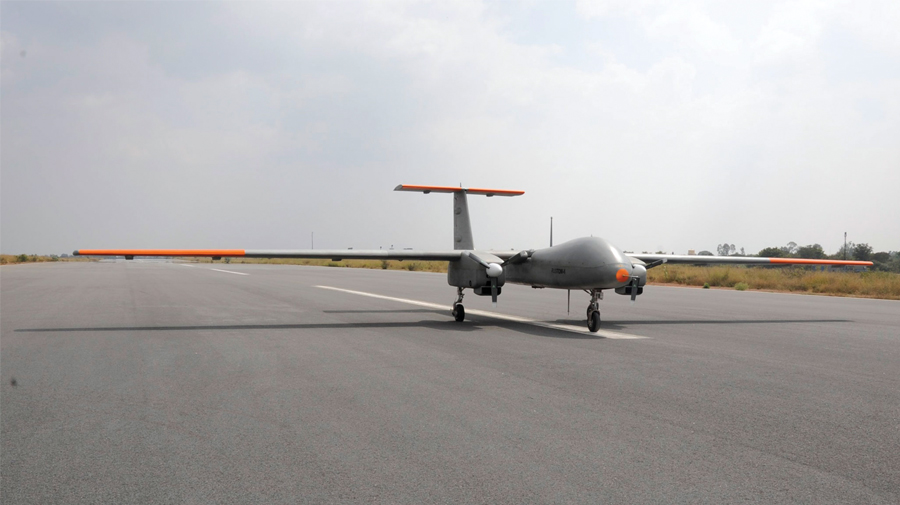 Some important and impactful achievements by DRDO since 2016 merit mention. In 2016, DRDO successfully tested its first indigenously developed heavy duty drone, Rustom 2, an unmanned armed combat vehicle developed on the lines of the US’s Predator drone. With this development drones imported by India from the US and Israel would be replaced with the indigenous ones.

In 2017, DRDO developed a self-ejectable black box for aircraft that can help rescuers easily locate the debris in the event of a crash in water. The device known as BSAT was developed in 2017 as a part of India’s Make in India initiative and can also be used in submarines.

Also in 2017, DRDO developed Muntra, India’s first unmanned tank. Three different variants of this tank have been developed for unmanned surveillance missions, for detecting mines and for operation in areas where there is a nuclear radiation or biological/chemical weapon risk.

In 2018, DRDO co-developed and operationalised India’s first nuclear ballistic missile submarine, INS Arihant, with the development of which, India completed its nuclear triad and became capable of firing nuclear weapons from land, air and sea.

On April 1, 2019, DRDO announced its development of an electronic intelligence satellite, EMISAT which would be launched by ISRO (Indian Space Research Organisation). Weighing about 436 kg, EMISAT is based on ISROs Indian Mini Satellite-2 (IMS-2) bus platform and is intended for electromagnetic spectrum measurement.

In March 2019, DRDO developed India’s first anti-satellite system (ASAT) that made India the fourth nation in the world to possess this capability. India tested its first ASAT which is capable of destroying satellites in the low earth orbit-a major achievement.

In 2019, DRDO successfully tested new generation anti-radiation missile (NGARM) which is capable of destroying enemy radars. This missile is first of its kind in India and can be launched from a range of altitudes. It can pick up signals or radiations emitted by the enemy radars or other tracking devices and destroy them.

In a major boost for Indian Army, DRDO, on 11 September 2019, successfully flight- tested an indigenously developed low weight, fire and forget Man Portable Antitank Guided Missile (MPATGM) at the ranges in Kurnool, Andhra Pradesh. The missile was launched from a man portable tripod launcher. The target mimicked a functional tank. The missile hit the target in top attack mode and destroyed it with precision. All the mission objectives were met. The trial was the third in a series of successful tests of MPATGM.

The first ever arrested landing of Indian Navy’s light combat aircraft (LCA(Navy)) at the Shore Based Test Facility  (SBTF), INS Hansa, Goa, was conducted successfully on 13 September 2019. The test will pave the way for the indigenous platform to undertake aircraft carrier landing demonstration on board the Indian Navy’s aircraft carrier, INS Vikramaditya. After several years of flight testing and four  phases of dedicated testing, the LCA (Navy) Flight Test Team led by Cmde JA Maolankar, Chief Test Pilot, CaptShivnath Dahiya and Cdr JD Raturi, successfully executed a textbook arrested landing at the SBTF. It is commendable that many technical agencies of the government cooperated with DRDO to achieve arrested landing capability, which also puts India on the world map as a nation which can design a deck landing aircraft. Defence Minister Rajnath Singh congratulated DRDO, Indian Navy and all other agencies involved in this project.

From 16 to19 September 2019, DRDO successfully flight-tested the Beyond Visual Range Airto-Air Missile (BVRAAM) Astra from a Sukhoi-30 MKI platform off the coast of Chandipur, Odisha. Indian Air Force (IAF) conducted the trials against Jet Banshee target aircraft simulating all possible threat scenarios. The five trials conducted during this period, tested missiles in different configurations. Three missiles were launched in combat configuration with warhead and maneuvering targets were neutralized to establish the end game capability of the missile. The trials also included a direct hit of the target by the telemetered missile at maximum range. All sub-systems performed accurately meeting all the mission parameters and objectives. Astra has a range of more than 100 km with modern guidance and navigation systems ensuring pinpoint accuracy. Hindustan Aeronautics Limited (HAL) played a role in modifying Su-30 for weapon integration. More than 50 public and private industries contributed in building the Astra weapon system. Considering its accuracy and effectiveness in neutralizing aerial threats, this missile system will be a force multiplier for IAF.