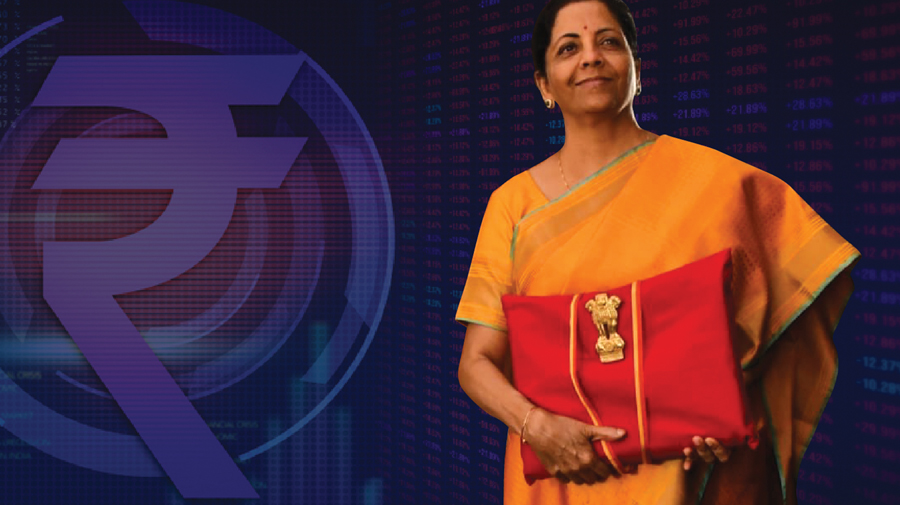 It has always been a big deal for foreign companies and foreign investors doing business with India. A small abbreviation, DDT, which actually translates into a major irritant in the form of the Dividend Distribution Tax, for every foreign stakeholder looking to repatriate profits from India. It entails a burdensome economic double taxation in the form of a tax of 20.56 percent on every rupee of dividend distributed, irrespective of the shareholder’s country and status, resulting in a more modest availability of distributable surplus for a foreign investor. As DDT is a tax on the company and not on the shareholder, it culminates in the denial of credit for such DDT by the investor’s home country.

Nirmala Sitharaman may have just changed this narrative not just in the case of DDT — by abolishing the tax – but also in the larger context of India’s attractiveness as a destination for foreign investment which has greatly enhanced through Budgetary proposals which aim at improving the ease of doing business in India, attracting more FDI and providing a booster to the industrial sentiments. With India’s prospects firmly on the radar of global observers keeping an eye on India’s prospects and growth and looking for opportunities and a share of the Indian market across manufacturing, education, healthcare, construction and a host of other sectors, the Union Budget 2020-21 sends out an irrefutable signal of the intent to achieve the level of USD 5 trillion economy by 2024-25 by focusing majorly on increasing consumption, capex and investments, infrastructural development along with various incentives for strengthening health and agriculture sectors of the economy.

A significant indicator of investor confidence in a country’s growth and vision, FDI also ensures long-term capital which is an indispensable ingredient for stimulating any economy. As per a UN report, the Global Investment Trend Monitor, in FY19, India was one of the top 10 recipients to attract FDI in 2019 and received $49 bn worth of FDI, a 16 percent increase over the previous year. Despite a slowdown in growth, the global outlook for investment in India remains strong and the Budget has served as a great opportunity to convert the global sentiment into action.

As India leapfrogs towards a five trillion-dollar economy by 2024-25, simplifying and maintaining a business-friendly regulatory environment is essential. While the abolition of the DDT removes a major disincentive to foreign companies seeking to set up operations in India, Sitharaman has walked a few extra miles to sustain the momentum and have a long queue of investors knocking on Indian doors. The Budget has come packed with incentives for the development of infrastructure, a key attraction for investors pouring in moolah in India for projects ranging from industrial corridors to metro rail networks. The national infrastructure pipeline of Rs 103 lakh crore over fiscal 2020-25 includes investments in core and allied infrastructure sectors.

To incentivise the investment by the Sovereign Wealth Fund of foreign governments in the priority sectors, the Budget offers 100 percent tax exemption to their interest, dividend and capital gains income in respect of investment made in infrastructure and other notified sectors by the government before 31st March 2024 and with a minimum lockin period of 3 years. With these tax exemptions for sovereign wealth funds who are willing to place a long-term bet on the economy, the Budget quite opportunely addresses the imperative of sustaining and increasing investor participation across sectors where investments are already visible – roads, power and airports – and which are critical to providing impetus to growth. Says Vikram Kirloskar, CII President, “The INR 22,000 crores equity support to IIFCL and NIIF to create a funding pipeline of INR 103,000 lakh crores and granting 100 percent exemption to interest, dividend and capital gains income of the Sovereign Wealth Funds in respect of investment made in infrastructure are very important initiatives for funding infrastructure creation.” Further on the external front, says Kirloskar, “reviewing Rules of Origin under various FTAs will address the issue of Indian industry getting impacted due to imports getting routed through FTA countries.”

The Budget opens up investment opportunities through proposed five new smart cities in collaboration with states in PPP mode which will benefit the upcoming economic corridors where there is sizeable foreign participation and which can draw further investment along with revitalization of manufacturing activities.

Enhancement of Foreign Portfolio Investors (FPIs) limit for the corporate bond segment is a positive signal to foreign investors and are expected to position India as an investor-friendly nation and bring more FDI.

Another outreach to investors is the suggestion about creating an investment clearance cell providing end to end facilitation and support including pre-investment advisory, information related to land banks and facilitate clearances at Centre and State level through a portal. However, India has not had a great track record with single window clearance mechanisms in the past and this would need meticulous monitoring.

At a time when India is experiencing significant traction in indigenous mobile and electronics manufacturing and the industry is displaying competitiveness, Budget 2020 has highlighted the government’s focus on the development of the electronics industry with a scheme to encourage the manufacturing of mobile phones, electronic equipment and semiconductor packaging in the country. There is certainly a cost advantage in electronics manufacturing in India other than its immense potential to create huge employment and foreign investors would do well to factor that in. This will boost domestic manufacturing and attract large investments in the electronics value chain. By integrating “Assemble in India for the world” into Make in India, India can create 4 crore well-paid jobs by 2025 and 8 crore by 2030. Exports of network products, which is expected to equal USD 7 trillion worldwide in 2025, can contribute a quarter of the increase in value-added for the USD 5 trillion economy by 2025.

These measures are expected to position India as an investor-friendly nation, thereby making the country a global FDI destination.