The Future of ASEAN: A Trade Perspective 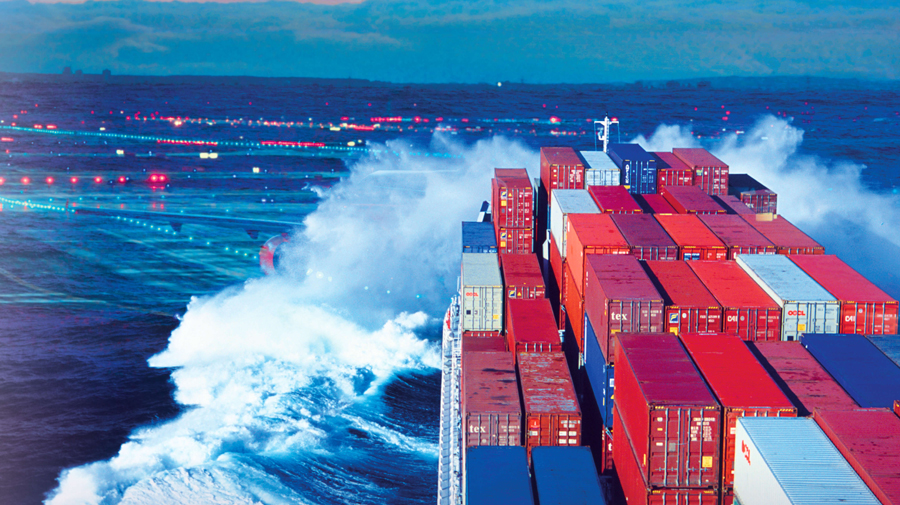 The Association of Southeast Asian Nations (ASEAN) was established as a regional forum to secure both intra-regional and inter-regional security as well as for facilitating development cooperation. The intra-regional trade flows deepened further through the inception of the ASEAN Free Trade Area (AFTA) in 1992. The ten-country group is quite diverse in nature, with technology and skill-rich Singapore at one extreme and low-skill labour abundant Myanmar and Cambodia at the other. Despite the development divergence, ASEAN as a whole has over the last decade has emerged as a major player in global trade canvas. ASEAN’s average import from the world has increased over 2009-13 to 2014-18 from USD 1056.28 Billion to USD 1225.52 Billion respectively, implying the emergence of the bloc as a growing market. During the corresponding period, the gross exports from ASEAN increased from USD 1124.34 Billion to USD 1282.72 Billion respectively, underlining their supply capabilities.

ASEAN has deepened its presence in the global trade of several industrial categories over the last decade. The growing export advantage of ASEAN in the global context is a function of both the past developments and the present strategies. In the past, the industrial base deepened in the ASEAN region with the influx of Japanese and South Korean foreign direct investment (FDI), targeting the richer economies first (e.g., Singapore, Malaysia) and their poorer counterparts (e.g., Cambodia, Vietnam) later. This FDI-led industrial growth is known as ‘Flying Geese’ phenomenon, where the investing firms set up the assembly units by considering multiple factors, with labour cost playing a crucial role. The FDI and technology transfer successfully created an international production network (IPN), where ASEAN subsidiaries initially integrated with foreign (e.g., Japanese and South Korean) parents and delivered the upstream activities of their Global Value Chains (GVCS). Over time the intra-ASEAN firms benefitting from the productivity spillover effects have successfully created ASEAN-centric IPNs (e.g., garments, automobiles), with the ASEAN firms specializing in various stages of production activities in line with their comparative advantages.

The last couple of years witnessed further consolidation of ASEAN’s trade advantages owing to several reasons. First, given the intra-AFTA tariff preferences, re-orientation of industries in line with their core advantages (e.g., resource, labour) has been streamlined. Second, ASEAN as a bloc has entered into regional trade agreements (RTAs) with six leading economies in the Asia-Pacific region, namely – Australia, China, India, Japan, New Zealand and South Korea. These agreements have enabled ASEAN members to greatly enhance their trade with the preferential trade partners. ASEAN’s trade relationships with the FTA partners have however shown interesting dynamics. While it enjoys a trade surplus with Australia, India and New Zealand, there is a trade deficit with the other three partners. In 2018, China and South Korea enjoyed a surplus of USD 51.57 and USD 40.62 Billion with ASEAN respectively. Third, a series of ADB infrastructure investments in priority corridors located in Greater Mekong Subregion (GMS), e.g., – North-South Corridor, Southern Corridor and the East-West Corridor, etc., have connected Viet Nam and other low-cost economies with other growing economies within the region (particularly with China). With growing coverage of the products under AFTA tariff preference scheme, deepening of FTAs and greater transport facilitation, final assembly activities are now taking place in skill-intensive locations like China, Singapore and Thailand, while the lesser value-added activities (e.g., production of intermediate parts and components) is taking place in Vietnam, characterized by lower labour cost.

Table 1 summarizes the average share of ASEAN countries over 2009-13 and 2014-18 in world export and imports respectively. The growing export advantage of ASEAN in several high-tech (e.g., electrical and electronics products), as well as low-tech products (e.g., footwear, apparel, leather, chemicals) groups, are apparent. The specialization pattern across the ASEAN economies reflect their factor advantages. For instance, while exports of footwear and electrical products have increased significantly from Vietnam, Singapore’s share has increased significantly in machinery and electrical products. On the other hand, both Thailand and Singapore command a major share in world export of automobile products.

In order to sustain the export growth in the future, ASEAN is now trying to integrate through a number of mega regionals, namely – Regional Comprehensive Economic Partnership (RCEP) and Trans-Pacific Partnership (TPP). The RCEP consists of ASEAN and six of its FTA partner countries. TPP, on the other hand, have members from both sides of the Pacific Ocean. While China is playing a key role in concluding an early completion of the former ‘Asian’ bloc negotiation, the US had been the instrumental force behind the TPP. However, given the US pull-out from TPP in January 2017, the geographical coverage and hence the incentive to negotiate for the bloc, has greatly reduced. The creation of a huge Asia-Pacific market characterized by zero-tariff through RCEP would be instrumental in deepening the IPNs. India decided to opt out of the RCEP negotiations in November 2019, primarily owing to its widening trade deficit with China. While in 2009 India’s trade deficit with China stood at USD 20.24 Billion, the corresponding figure in 2018 has reached USD 57.33 Billion. Despite the Indian pull-out, the conclusion of RCEP is expected soon, which would deepen trade flows in East and Southeast Asia significantly.

China’s dominant position within RCEP may pose interesting dynamics not only for ASEAN but global trade order as well. The manufacturing trade of the dragon has deeply integrated with the ASEAN countries through the GVCs across product categories over the last decade. The volume and composition of the Sino-ASEAN trade has also significantly evolved. While in 2011, ASEAN enjoyed a USD 22.94 billion trade surplus with China, in 2018 the same transformed to a trade surplus of USD 51.57 Billion in favour of the dragon. The export of final products from China to ASEAN has increased in leaps and bounds, while several ASEAN countries have become part of the upstream supply chain of Chinese firms. The growing trade deficit with China is emerging as a matter of concern for the ASEAN. The future investments from the China-led Asia Infrastructure Investment Bank (AIIB) may further facilitate inroads of Chinese firms in ASEAN. In addition, the possible establishment of the Kra Canal in Thailand as a crucial component of China’s Belt and Road Initiative (BRI), may allow Chinese export consignment to bypass Malacca Strait, and reach several target markets in a more cost-effective manner.

For facilitating bilateral trade flows, India entered into Indo-ASEAN FTA in 2010, with positive outcome reflected in various product categories (Table 2). India’s average export to ASEAN over 2009-13 and 2014-18 has been USD 29.11 and 31.12 Billion respectively. The import figures in the corresponding period has been Import USD 35.80 and 45.34 Billion in that order. The relatively higher penetration of imports, particularly in the area of base metals, machinery, chemicals, etc. remains an area of concern for Indian policymakers. On the other hand, India’s expectations of facilitating services exports to ASEAN has remained largely unfulfilled. Despite the growth, the Indo-ASEAN trade has nevertheless remained modest vis-à-vis the corresponding Sino-ASEAN trade figures, primarily owing to two reasons. First, logistically China is better posited vis-à-vis India in the ASEAN market, given the geographical distances and the strategic infrastructure creations. Second, China enjoys a head-start in the ASEAN market ahead of India (Sino-ASEAN FTA entered into force in 2005).

Since the nineties, ASEAN adopted the export-oriented growth model and the active participation of the bloc in various recent ongoing RTA negotiations confirms its continued journey along that path. ASEAN’s within-bloc core strength in the fuel sector (e.g., Brunei, Malaysia, Indonesia), as well as high-skill manufacturing and services (Singapore, Malaysia, Thailand), makes it a crucial global market on one hand, and a production powerhouse on the other. Given the lingering recession in the ‘west’ economies, ASEAN is trying to re-cast its export strategy in the Asia-Pacific market, where the growth prospects of China and India, despite downward corrections, remain above the global average. The final schedule of commitments in RCEP would, therefore, be crucial in determining ASEAN’s trade patterns in general and growth prospects in particular. On the other hand, if India is able to consolidate its manufacturing base through the ‘Make-in-India’ initiative and lower the trade deficit with ASEAN, the urge to join the RCEP would rise in coming future. ASEAN’s trade composition and direction with its partners would therefore indeed play a crucial role in shaping the ‘Asian’ future.