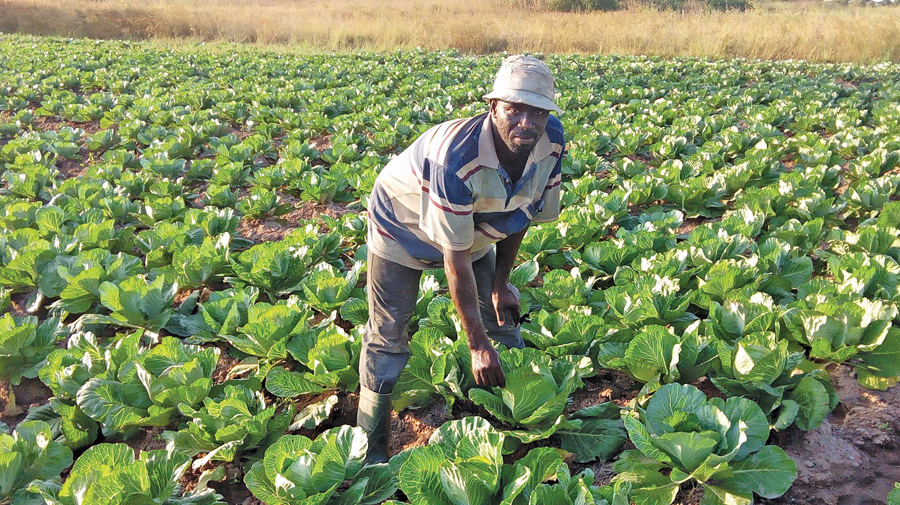 There is an ongoing agricultural revolution in Africa, and medium – smallholder farmers are the Vanguards!

The last few years have seen a welcome paradigm shift in African agricultural systems and outlook, after the lethargy of the previous decades. Rapid population growth, urbanisation and rising incomes have contributed to massive growth in demand for food in Africa. Individuals, governments and non-governmental organisations are beginning to really see the agriculture industry, as a viable, sustainable line of business, with potential for serious profits. This, coupled with an increasing awareness of the need to overcome the continent’s overdependence on extraction and export of mineral resources as primary sources of revenue, has resulted in a renewed interest in agriculture and agribusiness. There have been calls from various governments, for citizens to take up farming, to ensure food sufficiency. Programmes aimed at increasing agricultural capacity and enticing young people back to the farm are being rolled out across the continent. Most of the investments are directed towards medium – smallholder farms, and other parts of the agriculture value chain.

For the purpose of this article, ‘Smallholder Farms’ are loosely defined as farms with a total landholding of less than 5 hectares (ha). They are mostly driven by human labour, with low external inputs (machinery, irrigation, inorganic fertilizers, pesticides, herbicides, etc.) and consequently low productivity.  Medium farms are those with landholdings from 5 to 50 ha. These medium-scale farms are in-between small-scale, semi-subsistence production and larger-scale, more commercial farms, making use of agricultural machinery, from power tools to tractors and other external inputs. Large-scale farms are thus, those with more than 50 ha landholdings.

In most parts of Africa, official figures indicate that as much as 90 percent of agricultural production is derived from smallholder farmers, where the average farm size is about one hectare. Because they are so small, not many can generate enough income to keep farmers above the poverty line and most of them increasingly rely on other sources of incomes. Recent national statistics show, however, a rapid increase in the number of medium-scale farmers across Africa. Medium-scale farms are reported to control roughly 20 percent of total farmland in Kenya, 32 percent in Ghana, 39 percent in Tanzania, and over 50 percent in Zambia, and the numbers of such farms are growing fast! Within the past decade, the amount of agricultural produce that these farms contribute to countries’ national output has risen rapidly. In some countries, like Tanzania and Zambia, medium-sized farms now account for roughly 40 percent of the country’s marketed agricultural produce. Of course, the situation is not the same, across Africa. In densely populated areas with land constraints such as Kenya and Rwanda, smallholder farms still account for most of the agricultural output. Medium-scale farms are on the rise mainly where there is substantial, undeveloped land.

Medium-scale farms help improve access to markets and services for nearby smallholder farms. For example, many medium-scale farms either own tractors and other important farm machinery (ploughs, harrows, ridgers, harvesters, planters, etc.), or they attract tractor rental providers, who now provide mechanisation services to smallholders. To ensure continuity of supply, large trading firms and food processing companies prefer to set up buying depots and factories in areas where there are many large and medium-scale farms. The smallholder farmers benefit from being around these depots and factories, as they offer ready markets for their produce.

The rapid rise of medium-smallholder farms is due, in part, to an increased interest in agriculture, by urban-based professionals or influential rural dwellers. A few of the medium-scale farmers are successful smallholder farmers, who acquired more land and grew their operations. The majority, however, are ‘new’ to agriculture. They are middle – high-income individuals, often professionals, entrepreneurs or retired civil servants. Many gathered their savings from non-farm jobs, bought or leased farmlands and became either part-time or full-time farmers. Some retain their jobs in the cities, hire managers to attend to their farms and pay occasional visits. Still, others are unemployed youths, who choose to take up self-employment in agriculture, to make ends meet. Traditional farming has long been associated with poverty and a sense of inevitable hopelessness. However, a growing number of young, college-educated Africans are fighting the stigma associated with agriculture, by seeking to professionalize farming. They are applying innovative and scientific approaches to increase yields, and show that agriculture can be profitable. They are also making constructive use of social media, to change how young people see farming and agribusiness.

Another major contributory factor to the swift advancement of medium-small farms in Africa is the ingenious introduction and subsequent proliferation of innovative agricultural crowd-funding platforms. Faced with the lack of available finance for agricultural businesses from traditional banks, entrepreneurs are turning to digital technology to access investment from the general public. Equity crowd-funding is becoming a hugely popular option to help farmers obtain much-needed capital.

Many young farmers have access to land, which they are currently unable to develop for agricultural production, due to lack of investment capital. Financial institutions are generally reluctant to invest in the agriculture sector, as they judge the inherent risks to be too high. Available statistics show that less than 5% of loans given out by commercial banks go towards agricultural projects. On the other hand, many individuals, especially employees of private and public institutions, have access to funds, which they could potentially invest in agriculture. Agricultural crowd-funding platforms bring these farmers and prospective investors together, often for a small commission.

Farmers who wish to raise significant amounts of money to fund the launch or growth of their project may choose to go the equity crowd-funding route. Generally, the investors in a crowd-funding project are passive, limited partners while the landowner is the active partner, making all the decisions to include what to grow when to plant, and where to sell the harvest, or pay a manager to do these things. The benefits generated are shared among the farmers, entrepreneurs and investors. Generally, the crowd-funding platforms offer returns on investment ranging from 10 – 35 percent per annum, depending on the project and partners. Some of the agricultural crowd-funding players in Africa include: ‘Farmcrowdy’, ‘Growsel’, ‘BaySeddo’, ‘ThriveAgric’, ‘eFarms Nigeria’, and ‘FarmIgnite’.

Blessed with rich, arable lands, Africa yet remains one of the least agriculturally developed regions of the world. With the right attitude and support, Africa’s small and medium scale farmers can feed both the continent and the rest of the world. African Governments must invest in infrastructure that gives smallholder farmers better access to markets, including processing and storage facilities to minimize post-harvest losses.  There is also the need for improved road networks between farm and market. Governments must also invest in research and development to give smallholder farmers access to agricultural innovations and technologies.

The story of “the rise of medium – smallholder farms in Africa” is one yet unfolding; we cannot tell exactly how it will end. We, however, are coming to realise the importance of small and medium-scale farms in driving economic growth, job creation, food sufficiency, foreign exchange earnings, and rural transformation across Africa.