India’s Development Assistance in Strengthening of Entrepreneurship in Ethiopia 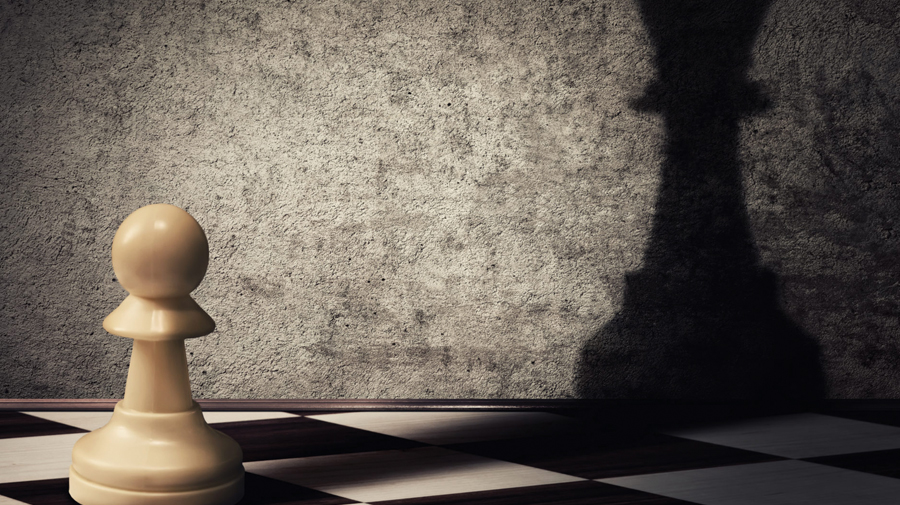 Capacity building has become a significant component of South-South Cooperation, which has made India make a never before inroad in the African Continent. Lack of capital formation supplemented by dismal importance to entrepreneurship has been identified as a key area for intervention through the development cooperation initiative. Entrepreneurship has come to be recognized as one of the major and leading contributors to economic growth and development. Although Ethiopia has long since embarked on the economic trajectory of entrepreneurship and has success stories to prove this (in the form of thriving and prosperous entrepreneurs) it is however still a long way from attaining and achieving the economic ideals postulated within the African Union Agenda 2063. India, on the other hand, has been exploring the path of entrepreneurship since the time immemorial and has come to be referred to as the “home of start-ups”. India and Ethiopia’s economic engagement dates back to about 2000 years of recorded history as, in the actual fact, these two countries’ engagement has been recorded as dating back to the first century A.D when merchants traded Indian silk and spices for Ethiopian gold and ivory (MEA,2017). Resultantly economic ties have continued to thrive and have since gained momentum with the signing of several trade agreements which have been quite imperative for both countries’ economic development. The impetus of this paper is to focus on entrepreneurship as a catalyst for economic growth within the realms and lenses of India’s entrepreneurial drive as means of nurturing, mentoring and investing within the economy of Ethiopia through promoting the entrepreneurial development. The paper will aim to address the core issues of why entrepreneurship in Ethiopia as well aswhy India should invest and mentor Ethiopia’s entrepreneurship initiative.

For an effective understanding of this article, the term entrepreneurship needs to be unpacked. It should, however, be understood that this term has a plethora of definitions and for the purpose of this article those pertinent to it will be explored. According to Timmons (1994) cited in (Pahuja&Sanjeev, 2016:9), entrepreneurship is the process of generating or utilizing  an opportunity and pursuing it despite the resources presently owned.Shane &Venkataraman(2000) cited in Braunerhjelm(2010:8) define entrepreneurship as an assessment of  how, by  whom and with what effect opportunities to generate prospective merchandise and services are discovered, assessed  and exploited. Therefore from the provided definitions, it can be deduced that entrepreneurship is premised on the exploration and utilisation of new opportunities.

Entrepreneurship is not only an engine for economic growth but rather it possesses insurmountable propensity to catapult and steer vital economic transformation. Worku(2017:14) postulates that entrepreneurship is key for economic development as it creates employment, boosts efficiency through innovation, assists the transmission/adaptation of the technology guarantees  greater  resource use, stimulate growth in certain sectors which supplies it with inputs, re-invigorates large-scale enterprises promotes and sustains economic vitality that enables an economy to adjust productively in a fast altering global economy. In actual fact, entrepreneurship is the economic game-changer and panacea to a country endowed with huge investment potential that is yet to be realised. According to Schumpeter (1942) cited in Śledzik (2013:91), entrepreneurship is a distinctive factor of production and the extraordinary social input that makes economic history going forward. Similarly, Toma et al (2014:440) postulate that entrepreneurship controls economic development by aiding the transferring of resources from unproductive to productive uses as well as the fact that innovations generate demand for new products and services that were not accessible beforehand.

Entrepreneurship puts emphasis on opportunity recognition and value creation. In this regard, Ethiopia is the second, most heavily populated nation after Nigeria with an overwhelming population of about 112million and with over half of its population being below the age of 25 years (World Population Review2019, Haramaya University, 2016). According to UNCTAD (2004: iii), the size of a country’s population is of importance to most investors as the greater the population, the greater the prospective the market for their products.

In actual fact, a larger population tends to amplify the pool from which investors recruit their employees, whether these are semi-skilled workers or highly qualified professionals. In this light not only is the huge population lucrative and essential for promoting investment rather it is the epitome and epicenter for entrepreneurship. Crucially, Omuroyi et al (2017:5) assert that entrepreneurship has the ability to tap into the increasing pool of Africa’s youth, who are gradually acquiring more expertise and competency. Therefore, the huge population of Ethiopia becomes a fundamental basis for the development of thriving and vibrant entrepreneurship. For an enhanced understanding of the reason why it is crucial to invest in Ethiopia’s entrepreneurial drive, there is a need to unpack the fundamental composite of entrepreneurship. This will be done against the backdrop of facets that make up the definition of entrepreneurship.

Pahuja&Sanjeev (2015:10) provides the definition of entrepreneurship as the process of constructing something original and valuable, predominantly responding to the opportunities presented. In this regard, Ethiopia is a country endowed with vast untapped resources that if harnessed and exploited appropriately have got the potential to transform the nation into Africa’s economic giant. With this regard, the availability of untapped resources creates a fertile ground for entrepreneurship to thrive and flourish. Being cognisant of the benefits of entrepreneurship, it is only appropriate for Ethiopia to harness and take advantage of such integral opportunities. Entrepreneurship is vested and hinges on the ability to transform resources through innovation. According to the Ethiopian Messenger (2016), Ethiopia is the hub of the utmost deposits of natural gas in Africa with various parts of the country’s geological structure resembling the oil and gas fields of the Middle East, chiefly in the Ogaden basin.  Despite, the existence of such an opportunity, the country has not yet exploited these resources. Moreover, the Asosa region of Western Ethiopia is endowed with highly profitable gold deposits yet remains comparatively unexplored and underdeveloped in terms of systematic mineral prospecting (Bullock, 2018:31).Accordingly; Bezabih (2006) recognises that Ethiopia is endowed with tourist attractions that are not recognised worldwide yet. Thus investing in entrepreneurs within these sectors will not only boost the economy but rather strategically position the country as an economic landmark.

One of the major benefits of entrepreneurship lies in its ability to create jobs. This is crucial for a country like Ethiopia which is currently embattled with an upsurge of unemployment rates. In actual fact, Trading Economics (2019) postulates unemployment rate in Ethiopia increased from 16.80 percent in 2015 to 19.10 percent in 2018 (see graph below).

This situation which is largely attributed to the massive population has also been aggravated by the swelling and deeply entrenched levels graduate unemployment (Reda&Gebre-eyesus, 2016:40). Therefore, embracing entrepreneurship becomes imperative in addressing the economic plight of unemployment.

2018 Global Entrepreneurship Index rankings place Ethiopia 110 out of 137 countries GEDI, 2019). From such an outlook, it can be noted that Ethiopians performance within the context of entrepreneurship has a long way to go and hence there is a need for greater investment within this sector. Getahun (2016:619), states that, Ethiopians entrepreneurs face numerous challenges which range from, inadequate capital, inadequate credit assistance absence of adequate infrastructure, as well as lack of skilled manpower. Coupled with these challenges the globalization has not made it any easier on this sector as locally manufactured good by entrepreneurs stand to compete with imports thus creating an unequal footing within the manufacturing sector.

Entrepreneurship is not a new phenomenon to India, actually, India’s  long history of entrepreneurship  dates back to as early as the  age of Indus Valley Civilization whereby the economy was greatly reliant on trade, which was eased by sophisticated transportation expertise(SwethaVenugopal Rao,2013:105).)Accordingly the Indian Industrial Commission Report (1916-1918) cited in SanghiSrija(2016:1) makes it known that “At the time when the West of Europe, the birthplace of modern industrial system, was inhabited by uncivilized tribes, India was famous for the wealth of her rulers and for the high artistic skill of her craftsmen. And even at a much later period, when the merchant adventurers from the West made their first appearance in India, the industrial development of this country was, at any rate, not inferior to that of the more advanced European nations.”Furthermore, Ethiopia  boasts of eminent historical entrepreneurs such as Varghese Kurien(pioneer of the white revolution), Bhai Mohan Singh(Pioneer of the Pharmaceutical Industry in India) and GovindramSeksaria(cotton king of the world)(SwethaVenugopal Rao,2013:105).Through  its eminent history and success stories, India becomes  eligible in mentoring Ethiopia’s entrepreneurship drive.

Various government schemes and initiatives aimed at developing and promoting entrepreneurship in India have been hailed as revolutionary through the remarkable transformation of this industry. Actually, Jindal &Bhardwaj (2016:1) affirm that, within a single year, the number of start-ups in India has increased by 40 percent, generating 80000-85000 jobs in 2015. This has largely been attributed to some fundamental policy initiatives enacted by the Government of India to include the  Ministry of Skill Development and Entrepreneurship(MSDE), National Policy on Skill Development and Entrepreneurship 2015, National Skill Development Mission, Entrepreneurship Development Scheme, Pradhan MantriKaushalVikasYojana (PMKVY), Make in India Start-Up India’ Initiative, MUDRA Bank, ATAL Innovation Mission (AIM), Self-Employment and Talent Utilization (SETU)(Jindal, &Bhardwaj,2016:2). Resultantly not only has the development of startups flourished within the country, rather the country has become a renowned hotspot destination for startups.

Entrepreneurship plays an integral role in economic development and Ethiopia need to fully embrace this dimension in order to realize economic growth and development. For this to materialize, India needs to invest in Ethiopians’ entrepreneurial drive by providing effective nurturing and mentoring for the effectual transformation of this sector. The global stature of India sharing her Wisdom and development experience has been on the rise, thanks to the commitment of India towards Development Cooperation through South-South Cooperation. Fostering training, skill enhancement and capacity building on Entrepreneurship can be effectively done by India through the various Universities and Colleges in Ethiopia which has a significant amount of Indian Diaspora. In addition, the existing formats of training in India through ICCR, ITEC schemes would be excellent via media to foster entrepreneurial skills for Ethiopia, which would only, in turn, reward India in the long run catering to the expansion of the Indian market in Ethiopia.