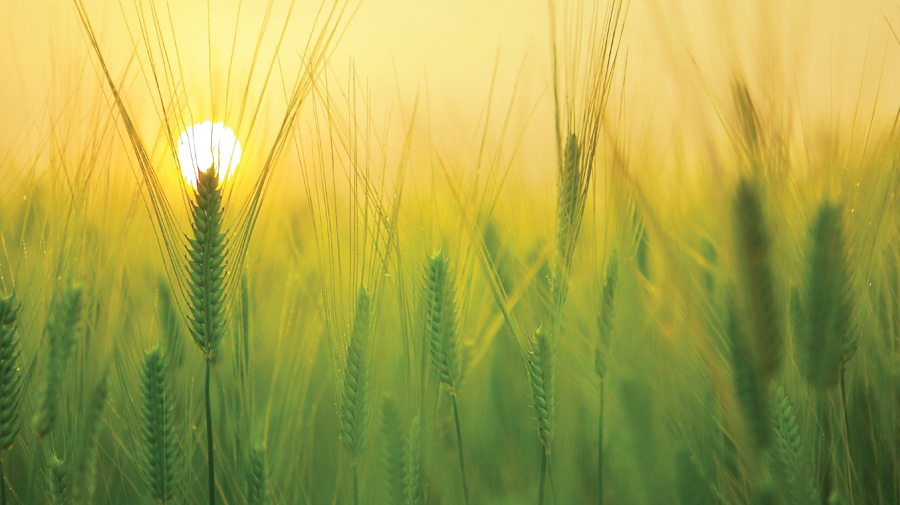 As and when the world witnessed the food crisis in the past usually it was the continent of Africa that witnessed the maximum starvation deaths in history. Keeping that factor in mind the issue of food security was put on the agenda as one of the important Millennium goals.

Agenda for Sustainable Development Goals (SDGs) adopted states that by 2030 hunger and all forms of malnutrition should be ended. This would be accomplished by doubling agricultural productivity and incomes of small-scale food producers by ensuring sustainable food production systems, and by progressively improving land and soil quality. Agriculture is the single largest employer in the world, providing livelihoods for 40% of the global population. It is the largest source of income for poor rural households

In this context India’s example and model is relevant. Agriculture is the dominant sector of the Indian economy, which determines growth and sustainability. The green revolution transformed India form a food deficient stage to a surplus food market. In a span of 3 decades, India became a net exporter of food grains. Remarkable results were achieved also in the fields of dairying and oilseeds.

The rich experience of India’s Green Revolution is bound to be of great interest to the African countries that will convert a sizable chunk of barren land of Africa into Green Horizon. This would involve increased cereal and other agro-products in the region that will boost agro-market & automatically the rural incomes leading towards food security. The rich experiences of scientific farming technologies in India is bound to boost Africa’s world’s food basket, micro-financing institutions to grow better, by transferring Indian expertise in this field and encouraging Indian agro-processing firms to invest in Africa and promote joint initiatives in organic farming to meet the demand of the world markets.

Indo Africa Forum Summit (IAFS) is a programme sponsored by the Government of India through the Ministry of External Affairs (MEA) with a view to developing Indo-Africa cooperation by helping African countries to develop their own potential for development in human resource and agriculture etc. Furthering cooperation, the impetus of the two India Africa Forum Summits in 2008 and 2011 strengthened cooperation. Both prioritized agricultural cooperation, which according to leaders on both sides offers great potential, given the strong complementarities between them.

The 3rd IAFS summit called for greater cooperation between India and Africa towards sustainable development, agricultural growth, energy access, blue economy, education, skills enhancement and peace and security. Indian Prime minister Narendra Modi aptly summed up India’s sentiments when he said: “The heartbeat of 1.25 billion Indians and 1.18 Africans are in a rhythm. It is not just a meeting between India and Arica. Today the dreams of one-third of humanity have come together under one roof”.

It would be useful to list the challenges confronting Africa. These include specifically: land development issues and lack of irrigation infrastructure; limited access to farm mechanisation leading to low yield and productivity; limited option for processing, storage and distribution; low return on investment resulting in being net importers; limited access to market; increase consumer base who have limited options to choose from.

How to replicate the Indian experience of the Green Revolution in Africa? This is a process that seeks solutions to increase the levels of agriculture production and productivity through the use of improved seeds, fertilisers, production instruments, production technologies adapted to the local reality, agriculture modernisation, including drought, animal power, construction and exploitation of dams for irrigation and watering for livestock, among other actions. It is a multi-dimensional strategy aimed at fighting hunger and poverty, with its final goal being to achieve increased competitiveness and sustainable agricultural production and productivity.

To be sustainable this objective of the Green Revolution in Africa must take into consideration the following principles:

a)   It must be internally generated, based on the farmer’s socioeconomic and cultural foundations;

b)   It must rely on the Government’s effective support capacity;

c)   It must take into consideration local specifications, namely the agro-ecological potential of each region;

d)   It must have strong leadership, creativity and make maximum use of local resources in order not to depend exclusively on the State Budget;

e)   There must be greater decentralisation of competencies and of human, material and financial resources to the specific areas;

f)   It must build up self-confidence of farmers, discouraging programmes providing free distribution of material or financial resources and encouraging savings and mutual assistance schemes;

g)   It must implement specific programmes, with clear targets and accountability in their execution; and

h)   It must include primary and secondary schools and vocational educational institutions in its implementation.

It is my conviction that in the foreseeable future the possibilities of food crisis in Africa would be minimised. In fact, it would have the potential of turning into a breadbasket for the other food deficient regions. India looks forward to being a partner in that journey.

*Author served in West Africa as Ambassador of India to Senegal, Mali, Mauritania, Guinea Bissau, Cape Verde and the Gambia. He was posted in various capacities during his career spanning 35 years in Indian diplomatic missions in Moscow, Cairo, Kuala Lumpur, London, Sydney, Fiji and Jamaica. His last posting was as Ambassador to Ukraine.

1 reply on “India-Africa Partnership in Agriculture: Current and Future Prospects”