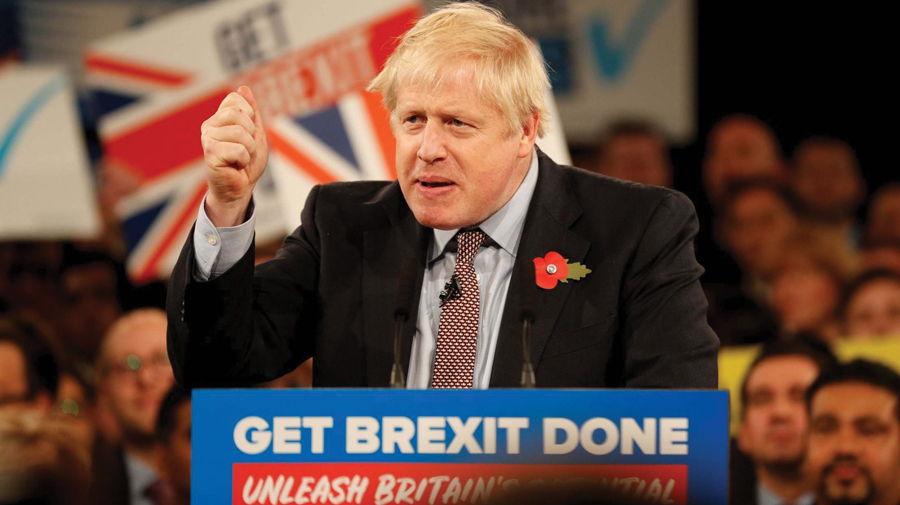 Way back in July 2019 when Boris Johnson packed his cabinet with pro-Brexit allies soon after taking office, he had, in a sense, set the stage for Britain’s imminent departure from the EU – now a foregone conclusion with a thumping majority for the Tories in the recent UK general elections and approval of Britain’s exit from the European Union by the British Parliament scheduled for 31 January.

Even as Britain and the EU work to seal an agreement on trade and other aspects of their future ties after the divorce, for India, there are reasons to welcome a decisive move on UK’s exit that promises to open up a sea of economic opportunities, which if well tapped, ensure great dividends for the India-UK bilateral relations. For India Inc, it marks the end of an uncertainly that has kept many Indian companies who have invested in the UK and have interests in the British market, on tenterhooks, and who can now proceed with their business plans and ventures. Indian firms would be happy with a Brexit that, as negotiated by Mr Johnson with Brussels, keeps intact a customs union across the English Channel, a major concern for Indian investors. “India and the UK have a unique opportunity to redefine their economic engagement,” says DK Aggarwal, President, PHD Chamber of Commerce & Industry. “It puts India in a stronger position, post-Brexit, to expand exports, push our advantage in sectors of strength like pharmaceuticals in the UK market and negotiate for a better deal on the mobility of professionals” says Aggarwal. The UK Government is expected to introduce a new visa for qualified doctors and nurses from various countries, including India, to address workforce shortages in the state-funded National Health Service and has an immigration plan highlighting the economy’s need for skilled professionals coming into effect from 2021 which will work in favour of Indian students keen on post-graduate studies in the UK and firms in the education sector.

Indian businesses also have reasons to be optimistic about the robust and growing economic partnership between India and the UK remaining the mainstay of the bilateral economic engagement in a post Brexit compact. British businesses already form a large chunk of the Indian economy with direct investment from the UK into India contributing to more than 800,000 direct and indirect jobs here. Around 800 Indian companies operate in the UK employing 104,932 persons, spanning goods like automotive, pharmaceuticals and chemicals and services in sectors like technology, engineering and finance and the UK is among India’s main trading partners with trade having increased at an average rate of 8.8% per year between 2002 and 2018.

More importantly, there is a strong intent on the part of British industry to sustain this narrative and add more heft to it. According to the fifth annual ‘Doing Business in India’ Report by the UK India Business Council (UKIBC) put out in November 2019, “in a post-Brexit world, where the attractiveness of India for UK companies and higher education institutions is even greater, enabling further collaboration is paramount.” There is significant positivity about India’s improving business environment with a majority of UK companies suggesting in a survey that the long-term advantages of the huge and growing Indian market outweigh some of the short-term barriers to doing business. A majority of the UK companies — a whopping 55.84 per cent — said the UK’s exit from the European Union would not impact their business with India and 26 per cent of companies plan to do more business with India as a direct result of Brexit. Most reassuringly for India, British companies are clear in their opinion that working in India is not simply about lack of opportunity elsewhere but a measured decision that reflects the attractiveness of the Indian market.

All this has huge implications for the India-UK relations with a significant scaling up of collaboration across numerous sectors in which British industry sees itself well placed to partner India in – from advanced manufacturing and healthcare to gaming regulation and digital technology. The Common Data Agreement – facilitating transformative business innovation in AI – which UKIBC is encouraging both Governments to negotiate, will not only facilitate digital services trade between the two countries, but also set a global standard for others to adopt. The potential of the UK-India Technology Partnership launched by India and the UK in April 2018 can be now realized by prioritizing such an agreement under the aegis of the UK India Tech Partnership. This will enable businesses on both sides to take full advantage of our complimentary AI expertise, data wealth and fulfil their AI strategies and potential.

In infrastructure development, British companies can offer their enormous talent in master planning, engineering, project management, construction and urban regeneration as well as substantial investment in industrial corridors, urban development, mass transit system, building and developing new ports and inland waterways, development of green fuels in the automobile sector and electric vehicles among others. India is expected to become the fifth-largest manufacturing country in the world by the end of 2020 on the back of advanced manufacturing and engineering, creating space for enhanced cooperation with British companies in developing skills, expanding the market and nurturing India’s potential as an exporting hub.

There is a lot of hope riding on progress towards a India-UK free trade agreement which is now expected given the UK Premier’s desire for post-EU trade arrangements and India’s high stakes with robust domestic demand, a burgeoning young middle class and

growing disposable income which offers a potentially enormous market and puts New Delhi in a position to pursue a comprehensive FTA with the UK with a focus on goods, services, investments and incorporating the movement of people.

“Overall India will gain,” says Bipul Chatterjee, Executive Director of CUTS International, a global public policy think-tank. “The British economy is very much service oriented and India has advantages in the service sector so there is going to be gain for India and the Tories had in their manifesto spoken of expanding the national health service which opens up scope for Indian professionals. India is already in the process of reviving its trade and investment agreement negotiations with the European Union and therefore it will not be difficult for India to conclude an agreement with the UK. That is something very positive and I see a win-win proposition in the making,” says Chatterjee.

The story, however, is not as simple since real market-access barriers remain which restrict businesses and Governments from maximising the India-UK collaborative potential. The UK seeks an ongoing process of simplification and reform of India’s defence procurement and offset policies which would allow more British foreign investment, greater access to technology and accelerated indigenisation of India’s defence equipment. British industry would like to see regular Government to Government dialogues between all levels of UK and Indian Government, a registration process for non-agricultural pesticides such as biocides/industrial preservatives which is not yet in place and strong IP enforcement to enhance India’s manufacturing sector’s confidence and comparative advantage.