Breaking the border juggernaut: India-China at 70 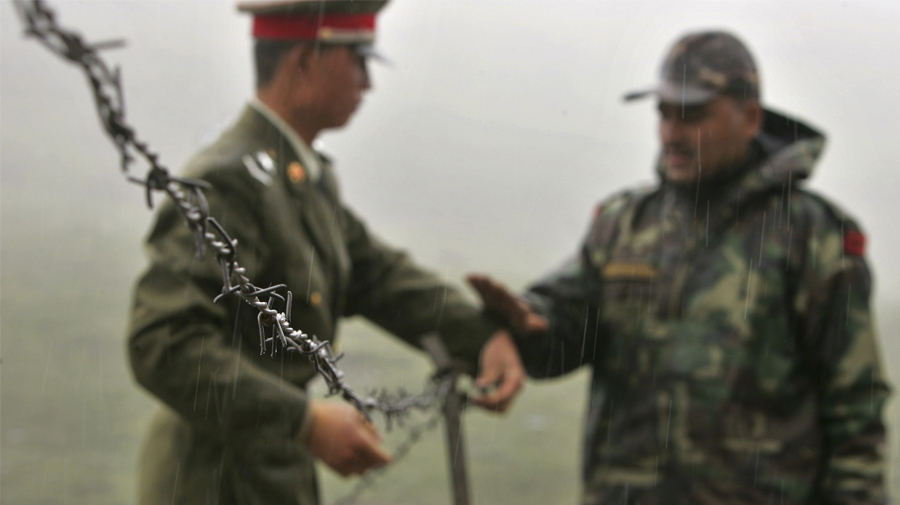 The last major bilateral meeting between China and India for the year 2019, the 22nd round of special representative talks on the Sino-Indian border was held in New Delhi on 20 and 21 December 2019. The two countries begin a new chapter in diplomatic relations that mark the completion of 70 years in 2020. Special representatives of the two sides – Chinese Foreign Minister, Wang Yi and India’s National Security Advisor, Ajit Doval reiterated their commitment in maintaining peace and tranquillity along the 3,488 kilometers long Line of Actual Control (LAC). The two sides also decided to approach the border issue from a strategic perspective on bilateral ties between the two countries.

Completing seven decades, the India-China border issue has become one of the most protracted border disputes of the world. Relations between the two countries have been guided by the five principles of peaceful co-existence enshrined in the Panchasheel Agreement signed in 1954. After the initial bonhomie following the establishment of diplomatic relations in 1950, the two countries fought a war on their frontier areas in 1962. Though, not a single shot has been fired by either of the two sides after since the war, differing perceptions on Line of Actual Control (LAC) between the two countries, have led to confrontations where the two countries have accused each other of violating the LAC.

Since, 1981 when the first round of border talks was held, officials of both sides have met a number of times to find a solution to the issue. India and China have also engaged in CBM on the border and have signed a host of bilateral agreements. But, face-offs between the armies of the two sides like the three-week standoff at Daulat Beg Oldi in 2013 and the 73-day confrontation at Doklam in 2017 have indicated that pending a political settlement of the border, CBM’s are stretched beyond their limited purpose and hence rendered ineffective in the wake of a standoff.

In their second informal meeting at Mamallapuram on 11 and 12 October, President Xi Jinping and Prime Minister Narendra Modi urged special representatives to continue their efforts to arrive at a mutually-agreed framework for a fair, reasonable and mutually acceptable settlement based on Political Parameters and Guiding Principles that were agreed by the two sides in 2005. They reiterated their understanding that efforts will continue to be made to ensure peace and tranquility in the border areas, and that both sides will continue to work on additional Confidence Building Measures in pursuit of this objective. However, as a senior expert on Sino-Indian relations had remarked, “The problem is no longer merely about technical differences, which have been resolved by the dialogue between their Special Representatives, but about their political leaderships taking the actual decision to finally settle the dispute.”

The 22nd round of border talk’s follow, closely on the heels of China’s unsuccessful bid at a United Nations Security Council (UNSC) meeting on 17 December to discuss, India’s abrogation of Article 370 in Kashmir. The bifurcation of the state of Jammu and Kashmir and abrogation of Article 370 by India in August this year has once again reopened the contentious border issue and has muddled waters for a political settlement of the border. Following India’s promulgation on the state of Jammu and Kashmir, China expressed serious concerns on India scrapping Article 370 of its constitution that gave special status to Jammu and Kashmir and bi-furcated the state into two centrally administered union territories. Besides, criticizing India for breaching status-quo by adhering to the UN’s resolution on Kashmir, China also expressed its opposition to India’s move to create a separate Union Territory of Ladakh. Beijing held New Delhi’s action on Kashmir to be a contravention of the disputed territory in the western sector of the India-China border.

Following the promulgation on Kashmir by India in August, External Affairs Minister, Dr. S. Jaishankar visited Beijing in August where he in his meeting with Chinese Foreign Minister Wang Yi, assured that Kashmir was an internal matter of India and that the bifurcation of the state will not affect border negotiations with either China or Pakistan. But, China by raising the Kashmir issue in the United Nations General Assembly and persisting to raise the same at UNSC meeting in December, has signalled a tough road ahead for rapprochement between the two neighbours. But, that being said bilateral relations are a different ball game from multilateral forums and China tends to act differently. Beijing’s perception of strategic issues like Kashmir or New Delhi’s strategic proximity to the United States differs from that of trade. Given the ongoing trade war between the U.S. and China, Beijing would be keen on intensifying its economic relations with India. This was echoed too by Dr. Jaishankar during his visit to China, where he said, that India and China had reached a consensus in Astana two years ago that at a time when the world is more uncertain, our relationship should be a factor of stability.

By the beginning of the 21st century, China and India had agreed not to let the border dispute affect bilateral engagements and this was also inked into the Agreement on Political Parameters and Guiding Principles for the Settlement of the India-China boundary question signed in 2005. On completion of 70 years of diplomatic relations between the two countries, it is a fact that both countries still make a virtue of necessity, demonstrated in the 22nd round of border talks, while bypassing the actual issue at hand i.e. of the political settlement of the India-China border.