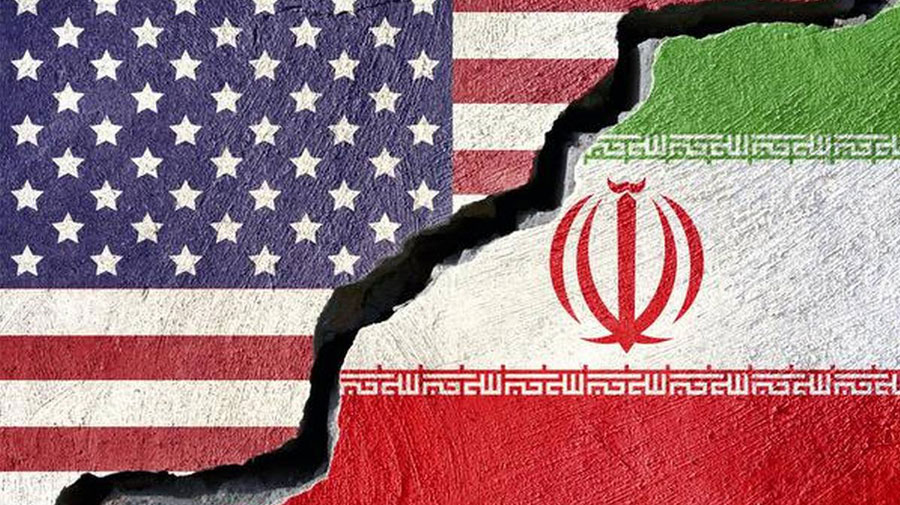 Outlining an agreeable definition of ‘interest’ in any context is complexingly difficult; more so, in international politics. The very nature of politics, being perpetually conflicting and contrasting, adds to the difficulty in reaching any consensus. Some scholars, therefore, have even suggested to altogether avoid using this term citing the reason that interest is a myth – ‘a meaningless phrase or at best an indication of subjective preferences.’ Embedded in their academic cocoon, scholars may have the luxury of abandoning this term but the manner in which ‘interest’ and particularly the national interest has become integral to overall public imagination, we cannot dare to make do without defining it because it has been popularly pitched as ‘the main signpost that helps political realism through the landscape of international politics’.

Therefore, any attempt at analyzing the impact of the tumultuous US-Iran relationship on American ‘interest’ in Northeast Asia will obviously require flagging in issues like what constitutes American ‘interest’; what is so special about the region we are interested in i.e., northeast Asia; why ‘gazing’ the American relationship with Iran only as there are other formidable powers in the area; can history, in terms of the past US-Iran relations and its impact on other regions, in any way be a guide to unfold the current maze?

While there are no easy answers to these simple yet complex questions, we may do well to take recourse in concepts of International relations like geopolitics, strategy, security, bandwagoning, brinksmanship, interests; immediate, long-term and strategic, etc., to help us understand the issue at stake.

For the sake of analysis, let us agree to the understanding of ‘interest’ as underlined in the United States National Security Strategy – a Congressionally-mandated mechanism to understand to underscore the national interest of the United States. Also let’s concur the reason of ‘gazing’ this particular country and the region has much to do with the heightened optics accruing this country and region as a result of the increasing American kinetics culminating in the killing of Qasim Solaimani, Iran’s top military commander, though minor skirmishes between the two has been continuing since long; from unilateral American withdrawal from the JCPOA (nuclear deal) to Iran’s downing of American surveillance drone in the Strait of Hormuz.

It is important here to underline that the National Security Strategy (NSS) of the United States (2017) highlight that the primary interest of America hinges on the following four principles;

To pursue these interests, the NSS also strategises policies for a different region. Northeast Asia comes under the broader Indo-Pacific region as per the American NSS categorization and the tailor-made US strategy for this region is to follow the foundational American principle of promoting and preserving peace through American influence by balancing the existing geopolitical tussle in the region between free and repressive visions in the former’s favour. This is pursued through priority action; in political areas by redoubling American assurance to established alliance and commitments while expanding and deepening relationship with new partners; in economic realm by encouraging regional cooperation to maintain open and free seaways, transparent infrastructure, financing practices, unimpeded commerce, and the peaceful resolution of disputes and; in Military and Security front by maintaining a forward military presence capable of deterring and if necessary defeating adversary. For operationalization of such strategic interests on ground in different regions of the world, US has developed functioning geographical combatant commands in which the Indo Pacific Command is tasked with the responsibility of Northeast Asian region which states that it will be an engaged and trusted partner committed to preserving the security, stability and freedom upon which enduring prosperity of this region depends.

The downward slide in US-Iran relations observed since the 1979 Islamic revolution with some degree of intermittent normalcy in between has seen an abysmal low since the ascension of Trump in White House. With the killing of Solaimani in a US guided precision attack, US-Iran relations have come to one of the lowest points in its history. Iran, it seems is simply an aspiring regional power with severe economic hardships engulfing it as a result of international sanctions spearheaded by America and the United States which as of now is believed to be the most powerful country of the world with a strong network of allies; as such, any heightening of tension between these two will ideally be construed to be more demanding for Iran. However, in the modern world, power has really become very fluid so much so that even a motley group of ideologically driven zealots with access only to meager resources could wreak havoc anywhere, a fact painfully realized by the United States in 2001. Iran apart from its proven tactical leverage in the mushrooming networks of various sorts in this geopolitical realm evidenced in capable strikes demonstrated by Houthi rebels, Hezbollah, etc., has also got added advantage in the naval front both at the strait of Hormuz as well as Bab el Mandab both important sea lane for oil transports. American calculation of Iranian limitation in closing them for ship movement in any eventuality as that would affect Iran itself may be offset by tactical Iranian use of coordinated employment of mines, anti-ship cruise missiles, air defense, etc., which will prohibitively increase American cost and thus gradually sap American finances.

Iran may up its ante against US interests primarily among others by utilizing its uniquely special levers of power in Iraq, apart from focusing its response elsewhere.

Along with utilizing its own forces to hurt American interest in the region and other places mainly at the former because of its strategically placed operational acumen in the region, it will also make use of the capabilities of the network of its regional allies and proxies which has been known for their strategic posturing and operational expertise in the region. Through its allies, which past events underscores are opportunely dependable for Iran, it could significantly increase Iran’s regional reach in terms of its response to pursue the ‘retaliation’ for its military commander’s killing on its own time and place.

Other very important aspects in gauging how American interest might be hurt by Iran’s retaliation post-Solaimani’s killing, is to underline the capability which Iran is increasingly developing both in terms of its military capability as well as its international image. The various reports by the US intelligence communities themselves have highlighted the increasing threat to America and its regional allies from Iran’s military development. A recent report by the US Defence Intelligence agency on Iran’s Military power indicates the Iranian advances in its drone technology and the precision targeting of missiles. In its annual worldwide threat assessment, US intelligence reports, underscore that Iran has ‘the largest inventory of ballistic missiles in the region’.

This increasingly developing military capability apart, the allegedly unlawful US offensive against Iran will also be utilized by the Iranian public relations agencies, to claim of its naked victimization by the powerful American forces to gain international goodwill in its support. The international public opinion with its tilt in the Iranian side will make it somewhat difficult for the US to continue pressing in the Iranian sanction with ease.

While these are some of the observable ways focusing the probable site whereby American interest in the northeast Asian region might be hurt, it is important to underline that excessive obsession of a superpower with a small aspiring regional power to the extent of even involving itself in a duel with it has the potential not just to dent its own international image but may also lead to diverting its attention from other more important and urgent strategic challenges. Iran is not the most important strategic challenge for the United States and as various intelligence document of the US has highlighted including National Security Strategy 2017, National Defence Strategy 2018, etc., that the US is expending much more energy than what is required on Iran. This has the obvious potential of strategically hurting US interest not just in Northeast Asia but elsewhere as well. Northeast Asia, moreover, is one such arena where the immediate competitor of the US and its potential threat China is keeping its eye closely on, hence, Iran’s added potential to increase the weight on the fulcrum in its favour affecting America’s interest in Northeast.