Sino-India Rivalry in Myanmar: From Regional Security to Trade and Investment 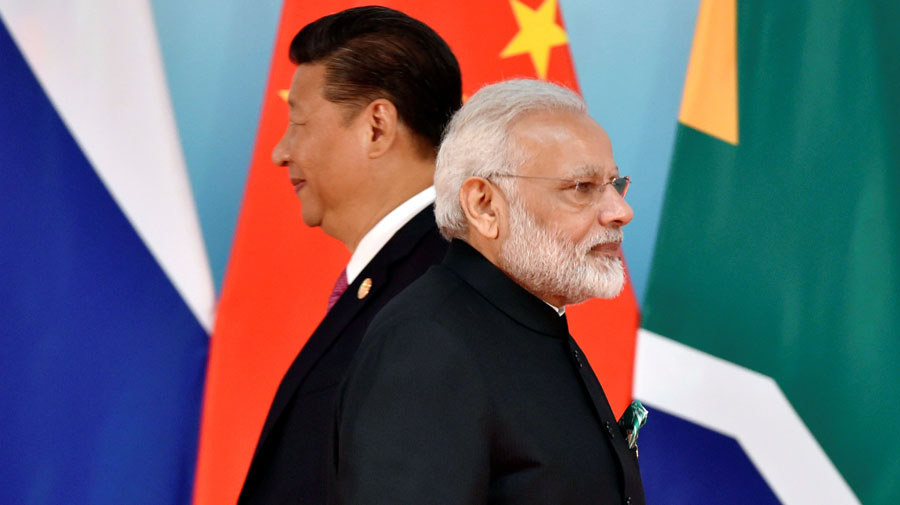 Finally, Chinese premier Xi Jinping has rounded off the circumference of India with recent two days high profile visit to Naypyitaw, after almost two decades by any Chinese premiere. Earlier Xi Jinping visited all the immediate neighbours of India minus Bhutan- the Maldives and Sri Lanka in 2014, Pakistan in 2015, Bangladesh in 2016 and Nepal in 2019. During this visit, Chinese premier met with Myanmar President Win Myint, State Counsellor Aung San Suu Kyi, military chief Senior General Min Aung Hlaing, and leaders from various political parties. Myanmar’s leading newspaper published on the eve of Xi’s visit as two countries’ “millennia-old pauk-phaw friendship”, using the Burmese language word for “fraternal”. Xi and Suu Kyi signed 33 memorandum of understanding (MoUs), agreements, protocols and exchange letters. This visit had high ambitions from both sides and there are regional as well as global concerns and consequences.

This visit is another supportive factor for critics in terms of china’s debt-trap policy, support for the suppressive government and globally claimed genocide, denial for human rights and minority, as expected by a non-democratic authoritarian regime. China is aware of the fact that denial of minority right in the case of Uyghurs of Xinjiang Uyghur Autonomous Region was/is not a cheaper menu in the plate, in fact, it has to suffer pressure from global regimes and actors. Hence, it is sympathetic to the misery of Myanmar in the case of Rohingya of the Rakhine Region.

Globally, this shift is apparent what Graham Alison describes ‘Thucydides Trap’ (It was the rise of Athens and the fear that this inspired in Sparta that made war inevitable), and Chinese President Xi Jinping has already indicated “We all need to work together to avoid the Thucydides trap – destructive tensions between an emerging power and established powers … Our aim is to foster a new model of major country relations.”  Certainly, it was neither surprise for Athens (US) nor for its allies in the region. They are ready for the trap. This visit is a sequel of the efforts made by China in order to outreach its power projection in the Indian Ocean region through policy of ‘string of pearls’. From the early Obama presidency, Hillary Clinton, then US secretary of states, wrote an article ‘America’s Pacific Century’ in Foreign Policy, where she suggested future US policy towards Asia-Pacific. In 2012 president Obama launched “Asia Pivot” policy, efforts to sustain U.S. leadership in the Asia-Pacific by strengthening political, security and economic ties with regional countries. Trump administration also followed and strengthened the very strategy by reviving the Quadrilateral Security Dialogue (QSD, also known as the Quad) is an informal strategic dialogue between the United States, Japan, Australia and India. During the 2017 ASEAN Summits, all four former members re-joined in negotiations. Hereafter Asia-Pacific was replaced by Indo-Pacific stressing India’s more active and responsible role i8n the Region.

For New Delhi, this visit is more agitating than ever. Earlier India was sceptical when hu Jintao in 2002 expressed concern over Malacca Dilemma. But now patterns can be seen clearly. Malacca dilemma proved to be a good curtain for introducing initial projects in the Indian Ocean region and eventually Belt and Road Initiative (BRI), an ambitious initiative meant to build a trade corridor linking Asia, Africa and Europe. Energy security and SLOCs were and are primary concerns for Beijing. But at the same time, the rhetorical ‘Malacca Dilemma’ provided legitimacy for maritime expansionism in the Indian Ocean region. During the 2016 BRICS summit, an invitation for BIMSTEC leaders was the indication from New Delhi that regional cooperation in the South Asian region is possible by bypassing Pakistan through BIMSTEC as SAARC complimentary. In the long run, it was a little effort in the series of efforts through Act East Policy. Countering this tactic, Beijing has been trying to get access into the Bay of Bengal through Naypyitaw.

But yes, here an unexpected factor is the timing. For the part of Beijing, this is a noble opportunity, when the west is taking a stand against the violation of human rights by Myanmar. Regional players like India are neither giving sufficient commitment nor supporting Naypyitaw at various platforms.  China is hitting by the slowdown of growth rate and especially, China-Myanmar Economic Corridor (CMEC), which is part of Beijing’s mega project-BRI. Various projects are halted in Myanmar including a deep-sea port at Kyaukphyu on the Bay of Bengal, a railway project to connect Chinese southwestern province of Yunnan to Myanmar’s coastal cities, an inland-waterway through the Irrawaddy River and a mega-hydropower dam project are either stalled or making little progress. Though the Myitsone Dam project was excluded in the final list.  For the part of Myanmar, ease toward Beijing is quite obvious. Suu Kyi government is facing huge criticism from global regimes where China can be proved as an oasis in the desert. The coming national election is also very sensitive for Suu Kyi and NLD party as well as for infant democracy. Although every stakeholder in Myanmar is not happy with the mingling. According to the 2008 constitution, the armed forces control three major government ministries: Home Affairs, Defence, and Border Affairs. The military parliamentarians have not forgotten China backed communist insurgency. In the policy circle, a huge debt burden is a focal concern and during the meeting