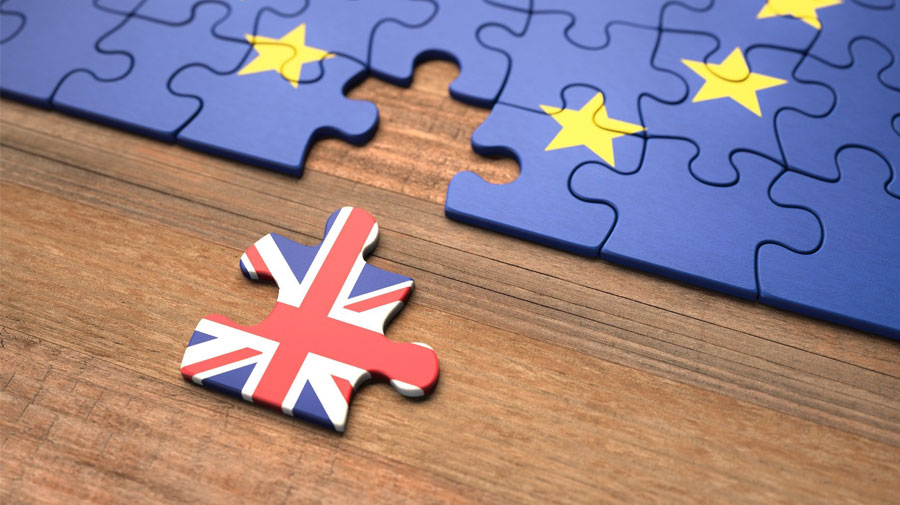 You have to know, the fall of the Berlin Wall on November 9, 1989, and the collapse of communist regimes in central and Eastern Europe will open a new chapter in European unification. In fact, during the euphoria of German unification and the enlargement of the EU to the countries of the East, the UK, anxious to preserve their economic privileges, see this situation as a future threat to their place in the European chessboard and international affairs. However, it should not be forgotten that the UK concerns are no longer limited to the economy as it was before, it claims to be bored in politics and even in geopolitics, thus was born another British concern. That is to say, their power status is more and more decreasing. Thus was born the idea of Brexit whether soft or hard.

The consequence of Brexit can accentuate the impression of a general disintegration of the EU, which has been built up since the Treaty of Lisbon ten years ago. In this context, the UK will leave the EU after 47 years of an eventful life together.

The question that arises today it is possible to talk about another Europe without the UK? We already suspect.

The background of Euro-British divorce

At the end of the Second World War, Western Europe will feel the need to regroup economically and politically. In this direction, September 1946, in a speech Winston Churchill (1874-1965) spoke of his vision for “the United States of Europe”. However, from the beginning, you should know that the British model for Europe was well established in the vision of Churchill of the three circles represented by the Commonwealth, Europe and the United States, at the centre of which Great Britain had to keep a strategic position.

The weight of history and the perception of each other between Great Britain and the Franco-German couple are behind the disenchantment that characterizes the political relations of the EU with the UK despite the existence of a cordial understanding between the UK and France since 1904.

The British deciders perceive their States that it has a symbolic historical capital different from the Europeans countries. Indeed, the British popular culture constantly values the fact that the country was never conquered by Adolf Hitler, while the countries of continental Europe were either accomplice of Nazism, or occupied, or neutral.

The EEC was founded in Rome in 1957—and the UK was once again conspicuous by its absence. It had refused to even participate in the negotiations.

Historically, the Revolution of 1688, British constitutional tradition had transferred the absolutist powers of the Stuart monarchy to the Westminster Parliament. This parliamentary rejected the idea of subjecting its own powers to any regulatory supranational authority.

Twice, in 1963 and 1967, French President Charles de Gaulle vetoed a British candidacy, considering Britain too dependent on the United States and insisting on a “special relationship” which would have been incompatible with the project of a “European Europe”.

January 1, 1973, at the time, the choice of Europe made by the conservative government of Edward Heath was supported by French President Georges Pompidou who saw it as a factor of balance in the face of a growing Germany powerful economically.

Distrust of European construction does not mean that British society has different values from that of other European societies. The British Euroscepticism is explained by geography and history, but also by the country’s relationship to the world economy.

Economy the main factor behind the start of Brexit

The history of the UK within the EU is often described as maintains a reluctant position and underinvested partner. This vision is explained by an attitude combining a wait-and-see, mainly motivated by economic and commercial interest, and a pragmatic evaluation of the different stages of European construction in terms of costs and benefits for the country, as is the case with the refusal to be associated with the Schengen area

If the multinationals are largely in favour of staying in the EU, the small and medium-sized enterprises complain about the obstacles to the standards and regulations imposed by Brussels on their freedom to undertake businesses, also the farmers criticize the constraints of the common agricultural policy. The Brexit would also save the UK £ 11 billion from its net contribution to the European budget.

With the same idea, the British are afraid of losing their main city London its place as a global financial platform since the Second World War for the benefit of the European central bank in Frankfurt.

The never-ending Eurozone crisis and the bailout of Greece with billions of euros, in which the United Kingdom did not participate, confirms the British vision of the failure of the European project.

Added to this, the economic divide between North-West Europe and South-East Europe, combined with the political divide between federalist progressives and populist sovereigntists accentuate further the British disenchantment with the EU.

From the beginning, the Americans blocked the creation of a European defence independent of NATO; it is in this sense that Madeleine Albright, secretary of state of Bill Clinton, put drastic conditions to the creation of an EU defence: no decoupling, no discrimination, and no duplication. All the more the NATO members without EU membership will be treated equally, which creates confusion between the two organizations.  Therefore the EU will remain dependent on NATO umbrella for its defence and security.

The UK perception, believe could do better outside the EU framework. They would like to see London resume its seat at the World Trade Organization to sign its own partnerships with external countries, such as China, India, and the emerging countries of Asia or Latin America. They highlight privileged relations with members of the Commonwealth to shape a radiant vision for British post-Brexit foreign trade.

To achieve its goals, the UK practice an approach that consists of holding discussions in parallel with the United States to put pressure on the EU during the negotiations. The United Kingdom preferred to follow its traditional instincts for free trade.

Ali El Aallaoui
Author is an analyst and researcher in geopolitics based in El Aaiun Western Sahara. He got his PhD in International Law and International Relations in 2007 from the French Language University of Casablanca, Morocco.
Tags:
Europe UK EU Britain InternationalRelations British NATO BREXIT
Share:
Share this...

2 replies on “BREXIT: A NEW ROAD MAP OF EUROPE”