Kejriwal to return as Delhi CM for third straight time 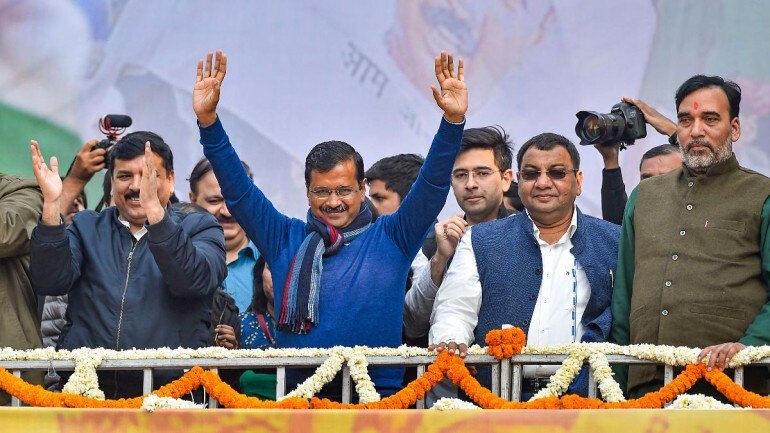 Aam Aadmi Party chief Arvind Kejriwal is set to take oath as Delhi chief minister on February 16 at the Ramlila Maidan, New Delhi. Kejriwal’s Aam Aadmi Party (AAP) won 62 of the 70 seats with a total vote share of 53.57 percent, the main rival Bhartiya Janata Party (BJP) limits at merely 8 seats, getting 38.51 percent of the total votes whereas the Indian National Congress (INC) failed to secure even a single seat and ended with 4.26 percent vote share.

The AAP’s magnificent victory comes nearly eight months after it suffered a severe blow in the general elections in which the party drew a blank while the BJP emerged victorious in all the 7 seats.

This landslide victory of AAP also assumes prominent as it came in the period of heavy protests against the Citizenship Amendment Act (CAA), without any doubt it was a bitterly-fought campaign. “Dilliwalon, ghazab kar diya aapne (Delhiites, you have done the impossible). I love you,” Kejriwal said in a brief thank you address at the party’s headquarters.

“It is the beginning of a new kind of politics today. This is a very auspicious message for the country and the politics of work can only take our country to the 21st century,” he added.