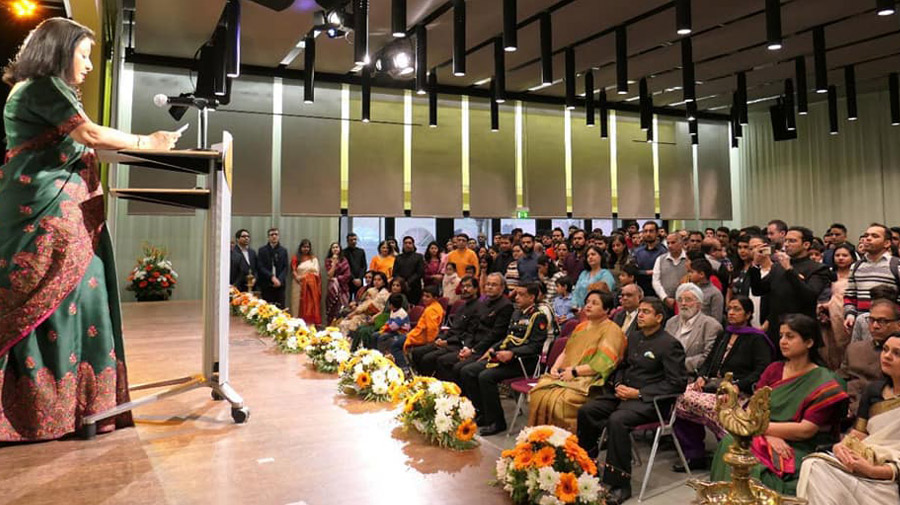 A flag-hoisting ceremony was held with much gaiety on 26 January 2020 in the Embassy of India, Berlin to mark the 71st Republic Day. The ātirangaā was unfurled by the Ambassador of India to Germany Mrs. Mukta Dutta Tomar, followed by singing of the National Anthem. The Ambassador conveyed warm greetings and felicitations to the Indian community and read out Presidentās address to the Nation which is traditionally delivered on the eve of the Republic Day.

The Embassy choir rendered patriotic songs which was appreciated by the assembled guests.  A quiz on India including the Constitution was conducted on the occasion which saw enthusiastic participation from young and old in the audience. A photo exhibition on āMaking of the Indian Constitutionā consisting of many high-resolution images was exhibited. The audience appreciated the historical photographs. More than 500 guests, including members of the Indian Community in Germany as well as Germans and friends of India attended the celebration at the Embassy.